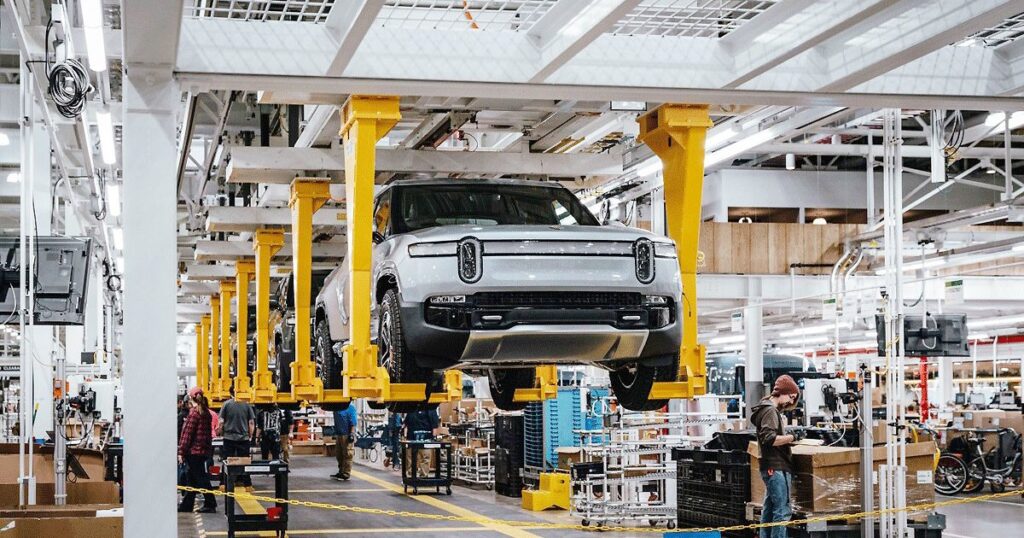 
DETROIT — Electric vehicle startups that promised to disrupt the automotive industry by using a software- and technology-heavy approach are now scrambling to cut costs amid the type of industry slowdown that has bedeviled Detroit automakers over the years.

To remain a player in an increasingly competitive business as incumbent automakers introduce their own EVs, startups like Rivian Automotive Inc. and Arrival SA will need to tighten their belts and in some cases reinvent themselves, industry officials and analysts said.

In many cases, they are partnering with larger, deep-pocketed companies to aid their survival and provide access to funds.

Those who fail to control their spending or find the right partners could wind up like electric delivery van startup Electric Last Mile Solutions, which filed for Chapter 7 bankruptcy protection last month. Industry officials do not expect that to be the last startup to hit a pothole.

“Like every company that is burning money, you need to make the right adjustments so that you can get to the other side of the desert,” said Evangelos Simoudis, a Silicon Valley venture capital investor and industry adviser.

On Tuesday, British startup Arrival said it planned to cut spending, reorganize its business and potentially shed 30 per cent of its workforce in response to the challenging economic environment.

Arrival said its US$500 million in cash on hand would last until late 2023 with the proposed cuts. The question is whether that will be enough.

“One billion dollars doesn’t last very long in the auto business. That’s a redesign for a Malibu or something,” Cox Automotive executive analyst Michelle Krebs said.