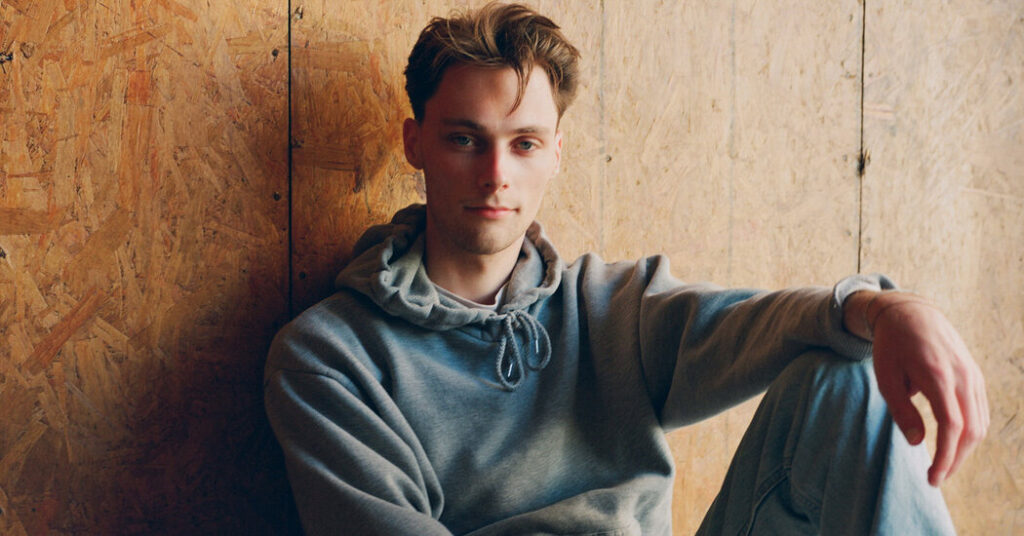 
An unremarkable stretch of highway and trees, as seen on Google Maps’ Street View, appeared on the screen. It could have been anywhere from Tasmania to Texas.

“This is going to be south Philippines, somewhere on this road down here,” Trevor Rainbolt said instantly, clicking on a location on a map of the world that was less than 11 miles from the spot.

A road winding through woods was up next. Lake Tahoe? Siberia? “It looks like we’re going to be in Switzerland here, unless we’re in Japan. Yeah, we have to be in Japan here,” Mr. Rainbolt said, correctly pinpointing the country.

Mr. Rainbolt has become the face of a fast-growing community of geography fanatics who play a game called GeoGuessr. The premise is simple: As you stare at a computer or phone, you’re plopped down somewhere in the world in Google Street View and must guess, as quickly as you can, exactly where you are. You can click to travel down roads and through cities, scanning for distinguishable landmarks or language. The closer you guess, the more points you score.

To some, Mr. Rainbolt’s snap answers seem like wizardry. To him, they are simply the result of countless hours of practice and an insatiable thirst for geographic knowledge.

“I don’t think I’m some genius,” said Mr. Rainbolt, a 23-year-old online video producer in Los Angeles. “It’s like a magician. To the magician, the trick is easy, but to everyone else, it’s a lot harder.”

For the casual player, traversing still images of winding pastoral roads, Mediterranean foothills and streets filled with tuk-tuks can be tranquil, especially without a time limit. But for performers like Mr. Rainbolt, the pace is frenetic, and identifying a location can take only seconds — or less.

Mr. Rainbolt is not the top GeoGuessr player in the world. That distinction is often considered to belong to a Dutch teenager who goes by GeoStique, or to a French player known as Blinky. But since around the start of this year, Mr. Rainbolt has been the standard-bearer for GeoGuessr, thanks to his captivating social media posts, shared with his 820,000 followers on TikTok as well as on other social platforms.

Appearing in a hoody and sometimes headphones as dramatic classical music plays in the background, Mr. Rainbolt identifies countries after what appears to be simply a glance at the sky or a patch of trees.

In some videos, he guesses the correct locale after looking at a Street View image for only a tenth of a second, or in black and white, or pixelated — or all of the above. In others, he is blindfolded and guesses (correctly) off a description someone else provides him.

The videos that have generated the most shock are ones in which Mr. Rainbolt, using his topographical sleuthing, identifies exactly where music videos were filmed. In one viral clip, he found the exact street in Nevada from a video of a person driving with a capybara. “If I ever go missing, I hope someone hires this guy on my behalf,” one Twitter user commented.

GeoGuessr was created in 2013 by a Swedish software engineer, Anton Wallén, who came up with the idea while on a trek across the United States. Early influencers like GeoWizard, a British YouTuber, helped promote the game. It also gained popularity during the pandemic, when it introduced a multiplayer mode called Battle Royale.

The GeoGuessr site now has 40 million accounts, said Filip Antell, who leads content for GeoGuessr, a 25-person company in Stockholm. Some of those people are subscribers who chip in $2 a month for the ability to play an unlimited number of games. The revenue, Mr. Antell said, goes toward paying developers and Google, which charges GeoGuessr for the use of its software.

Despite his globe-spanning knowledge, Mr. Rainbolt, who grew up in Arkansas, has never left North America. But he has plenty of locales on his bucket list, including Laos and the Aleutian Islands in Alaska. People tell Mr. Rainbolt that his passion is somewhat crazy. The most common question his friends ask him is: “Is it real?”

He says it is, and promises he has never faked a video. He does get countries wrong, sometimes. Mistaking the United States for Canada, or the Czech Republic for Slovakia, are two common slip-ups for even the greatest players. And he acknowledged that he was mostly posting only his highlights on social media, rather than the occasional fumble.

So how does he do it?

The key, of course, is practice. Mr. Rainbolt fell down the GeoGuessr rabbit hole during the pandemic, watching others livestream their play and poring through study guides assembled by geography lovers. He said he spent four to five hours each day studying: playing GeoGuessr in specific countries repeatedly to get a feel for the terrain and memorizing how landmarks like road markers and telephone poles differ by country.

“Candidly, I haven’t had any social life for the past year,” he said. “But it’s worth it, because it’s so fun and I enjoy learning.”

Some of the top features that Mr. Rainbolt uses to distinguish one country from another, he said, are bollards, the posts used as barriers on the sides of roads; telephone poles; license plates; which side of the road the cars are driving on; and soil color.

There are other clues, if you know where to look. The quality of the image matters — Google filmed different countries using different generations of camera — as does the color of the car being used to record the terrain. A glimpse of a white car in South America, for instance, means you’re in Peru, Bolivia or Chile, Mr. Rainbolt said.

GeoGuessr has a variety of game modes. One of the most popular formats is a duel, in which players or teams start with 6,000 points and take “damage” based on how accurate their opponent’s guesses are until they are reduced to zero. In some games, you are allowed to click to move through the map, while others are “no-move” games. Once one player has guessed, the other has 15 seconds to lock in a prediction.

Professional GeoGuessr players — so described because they are the best in the world, not because they earn a living doing it — say the competitive scene is still nascent but growing rapidly.

Leon Cornale, a 21-year-old pro player known as Kodiak, from Ratingen, Germany, described competitive GeoGuessr as “fragmented and divided.” A group of players in France, for instance, have formed their own community and host tournaments, while other players have formed groups through Reddit. But GeoGuessr’s recent social media popularity has jump-started interest in broader competitions.

The best players, who are often as young as 15, vie for world records and have begun competing in tournaments organized by Mr. Rainbolt and streamed live on Twitch. There’s little money to be had, but star players do earn the adulation of the thousands of more casual GeoGuessr players who gather on a Discord server to swap tips and share scores.

Lukas Zircher, a 24-year-old in Innsbruck, Austria, grew obsessed with GeoGuessr when he stumbled upon one of Mr. Rainbolt’s Instagram posts. Mr. Zircher decided that he, too, wanted to become one of the greats of the game.

“It’s tough to get good, really good,” said Mr. Zircher, whose free time is now devoted to studying bollards and memorizing the color of South African soil. “I can recognize all the African countries from a few pictures, but I’m still far from being good — I miss all the eastern European countries.”

Syd Mills, a 22-year-old freelance illustrator from New Jersey, became enthralled after watching Mr. Rainbolt’s content. She had played GeoGuessr before, but was surprised at how quickly she improved after watching his videos that provide tips on identifying countries.

“This time, instead of passively wandering around and desperately looking for a language hint or a flag, I would pick up on stuff like guardrails, road markings, bollards,” Ms. Mills said.

She sometimes experiences moments that she imagines are similar to the awe Mr. Rainbolt inspires. Once, when playing GeoGuessr with her father, she immediately identified an image as being in Uruguay, because of lines on a road.

His reaction, she said, was “How the hell do you know that?”