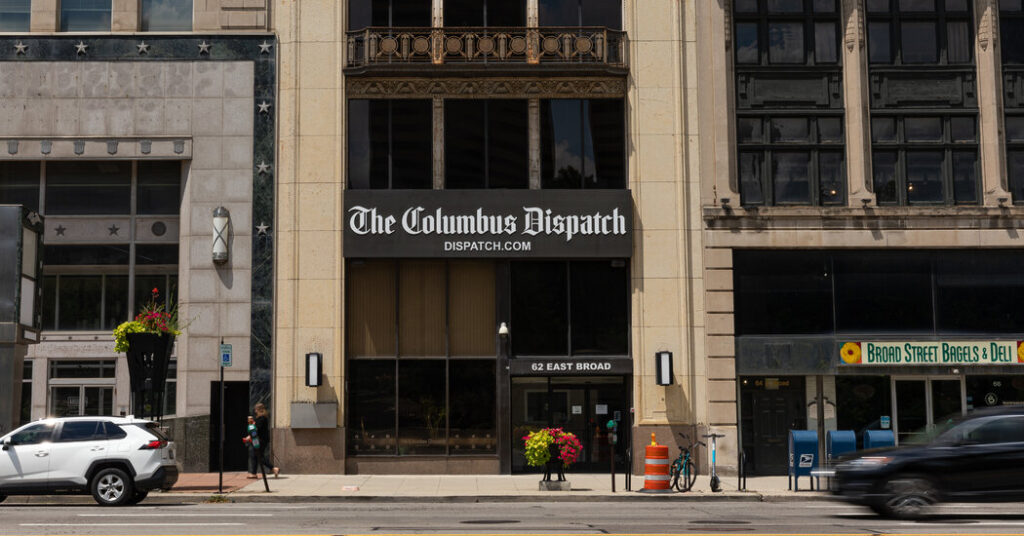 Facts Were Sparse on an Abortion Case. But That Didn’t Stop the Attacks.


For nearly two weeks, the story of a 10-year-old Ohio girl who was raped and crossed state lines to get an abortion became a flash point in the national abortion debate. President Biden and other Democrats argued that it showed the harm resulting from the Supreme Court’s overturning of Roe v. Wade.

But the facts were sparse, with reporters struggling to confirm a report in the Indianapolis Star that relied on a single named source.

Conservative news media questioned whether the girl existed. Jesse Watters, a host on Fox News, suggested that the story could be a “hoax” meant to buttress the abortion-rights position. The Wall Street Journal published an editorial on Tuesday with the headline: “An Abortion Story Too Good to Confirm.”

People on the left were quick to jump on and criticize any media report that noted how little was known about the girl and the circumstances of the crime. On July 9, Glenn Kessler, a reporter at The Washington Post, wrote that he had been unable to confirm any of the details. “This is a very difficult story to check,” he wrote, a conclusion that led to a flurry of angry comments on the The Post’s website. The case became an example of how, with a highly partisan issue, a single article can become the focus of a heated debate.

The facts became clearer on Wednesday, when The Columbus Dispatch reported that a man in Ohio had been arraigned for the rape.

But by then, the debate over the case had placed mainstream publications in an uncomfortable bind. A politicized narrative had evolved faster than reporters could accumulate information, and was fueling its own news cycle outside the facts.

“It was extreme enough that the questions about it were logical questions to ask,” said Kelly McBride, a media ethics expert at the Poynter Institute. But, she added, journalists needed to do the reporting to answer questions and “not just put more opinions out without any more additional facts.”

A Fox News spokeswoman declined to comment on statements from Mr. Watters or other hosts, but pointed to reporting by the network on Tuesday that corroborated the case. A Wall Street Journal spokeswoman did not reply to requests for comment.

The Indianapolis Star first brought the case to the public’s attention in an article on July 1 that examined restrictions on abortion in the wake of the Supreme Court decision. The article referenced a case of Dr. Caitlin Bernard’s. Dr. Bernard, an Indianapolis obstetrician-gynecologist, treated a 10-year-old rape victim from Ohio who traveled to Indiana for abortion care because she was past the newly imposed six-week abortion limit in her home state.

The horrifying story drew international attention. A week later, Mr. Biden cited it in a White House speech in which he criticized the Supreme Court’s decision as “so totally wrongheaded.”

But conservative politicians raised doubts about whether the victim was real. They pointed out that reporting had relied on a single source, a doctor who had treated the patient. They noted that Dr. Bernard was not answering questions from other news organizations about the case, and that there did not appear to be any public records to confirm it. Some declared it “fake news.”

Ohio’s attorney general, Dave Yost, fanned doubts about the case this week when he said in an interview on Fox News that he had found no evidence of such a victim and told the USA Today Network Ohio bureau: “Shame on the Indianapolis paper that ran this thing on a single source who has an obvious ax to grind.”

Steve Krakauer, a media critic for The First, a conservative publication run by the former Fox News host Bill O’Reilly, was among those who tweeted their skepticism, questioning whether there would be any introspection in the media “when the 10-year-old abortion story turns out to be this year’s Jussie Smollett,” a reference to the actor convicted of a hate crime hoax.

In an interview, Mr. Krakauer said he regretted the wording of his tweet. He said everyone would benefit from slowing down and not jumping to conclusions.

“There’s a rush on the right, especially now in this post-Trump world where the media has become a cultural conversation in addition to just people that cover the news, to show this is just another example of the media getting it wrong,” he said.

In its article about the case on Wednesday, The Columbus Dispatch reported that Gerson Fuentes, 27, had been arrested and charged in Franklin County Municipal Court in Columbus with the rape of a child under 13 years old after confessing to the police. Mr. Fuentes has not yet entered a plea.

In the court hearing, a police detective said that the Columbus police were first made aware of the crime in late June, and confirmed that the victim had an abortion in Indianapolis on June 30.

Amalie Nash, who oversees local news for the USA Today Network, which operates both the Indianapolis Star and the Columbus Dispatch, said in an interview that newsrooms across both states had worked together to confirm details of the case, including searching for records that could be publicly reported.

“I don’t think that it’s a huge surprise that when a story of that nature comes out that can be used by either side of the political spectrum to advance its causes that you’re going to have something like that occur, that it’s going to be questioned,” Ms. Nash said.

Ms. Nash said that Wednesday’s scoop had so far received around 1.5 million views from readers — a lot for a local newspaper.

“Our reporter was the only one who was in the courtroom during the arraignment, and that’s someone who is in the community, who has sourcing, who is able to get there much quicker than somebody would be able to on a national scale,” she said.

Some publications that had weighed in on the case updated their articles with the new information. Mr. Kessler of The Washington Post wrote on Twitter: “Now, a rapist has been charged and the story has been updated. Getting lots of angry emails but journalism is an accumulation of facts.”

The Wall Street Journal noted the new facts in an editorial on Thursday. But it argued that the way to help the country find a consensus on abortion is to “make sure that stories about abortion, from either side of the debate, can be readily confirmed.”

Conservative news media was less contrite, focusing on Mr. Fuentes’s status as an undocumented immigrant. Mr. Watters, the Fox News host who had raised questions about the case, on Wednesday night said that his TV program had “put on the pressure and now we are glad that justice is being served.”

Mr. Yost, the Ohio attorney general, who had suggested the story was fabricated, released a statement on Wednesday that said: “My heart aches for the pain suffered by this young child.”

Others turned the focus on Dr. Bernard. The Indiana attorney general, Todd Rokita, a Republican, said on Fox News on Wednesday night that he would investigate whether the doctor had failed to report the assault and abortion, and suggested that Dr. Bernard had failed to do so in other cases.

On Thursday, the Indianapolis Star reported that records obtained through a public record request showed that Dr. Bernard had done the required reports. Kathleen DeLaney, a lawyer for Dr. Bernard, said in a statement that Dr. Bernard was considering legal action against Mr. Rokita and others. Mr. Rokita responded: “As we stated, we are gathering evidence from multiple sources and agencies related to these allegations. Our legal review of it remains open.”