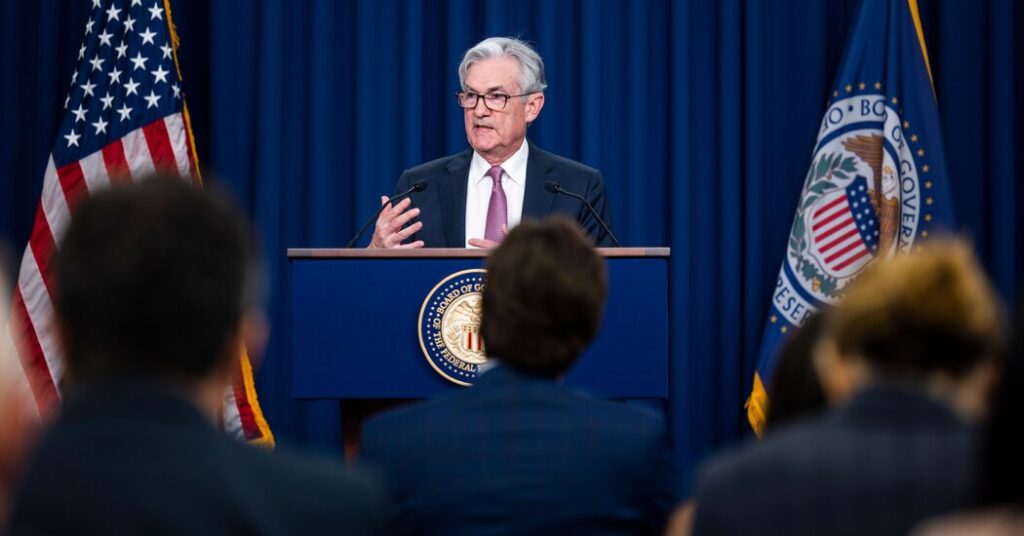 Jerome H. Powell, the Fed chair, has been predicting that the central bank might be able to pull off a “soft-ish” landing — cooling conditions down enough to allow supply to catch up without causing a painful recession.

But markets increasingly doubt the Fed can pull that off. Stocks have been slumping, a bond market signal that often predicts recession is flashing red and consumer confidence is plummeting. The data are also not cooperating: Inflation has proved to be more stubborn than many economists had expected, and signs are mounting that consumers expect price pressures to last.

That leaves Mr. Powell in a tough spot on Wednesday, when he will take reporter questions during a 2:30 p.m. news conference following the release of the Fed’s latest policy statement. Central bankers are expected to raise interest rates significantly at that meeting, perhaps by three-quarters of a percentage point, in a bid to cool down the economy rapidly and demonstrate that they are serious about reining in persistent inflation.

Mr. Powell will have to explain whether a “soft-ish” landing is still possible, how the Fed hopes to achieve it and how its tools will work to lower inflationary pressures that have shown few signs of abating. Some of today’s rapid price increases tie back to supply issues, but those could get worse: Strikes in South Korea could roil production of semiconductors and other parts, and the war in Ukraine continues to push up commodity costs, with gas prices in America projected to climb further this summer.

While the Fed cannot do much to control supply, Mr. Powell has emphasized that there is work to do on the demand side of the economy. Consumers have been spending at a rapid clip. But crushing demand to bring it in line with constrained supply could be a painful process, one that involves job losses and a bumpy adjustment.

Given that, Mr. Powell will have to explain why the Fed is at least considering a more aggressive path on interest rates.

“We believe this shows the Fed is more determined to do what it takes to end the inflation overshoot as rapidly as possible even if that raises the chance of a hard landing in 2023,” economist at T.D. Securities wrote.

Still, the message may be a tough one to convey as some economists warn that the central bank risks overdoing it, or complain that it does not have a clear enough strategy.

“When the market thinks the central bank is panicking, the market panics too,” researchers at Evercore ISI wrote ahead of the meeting.