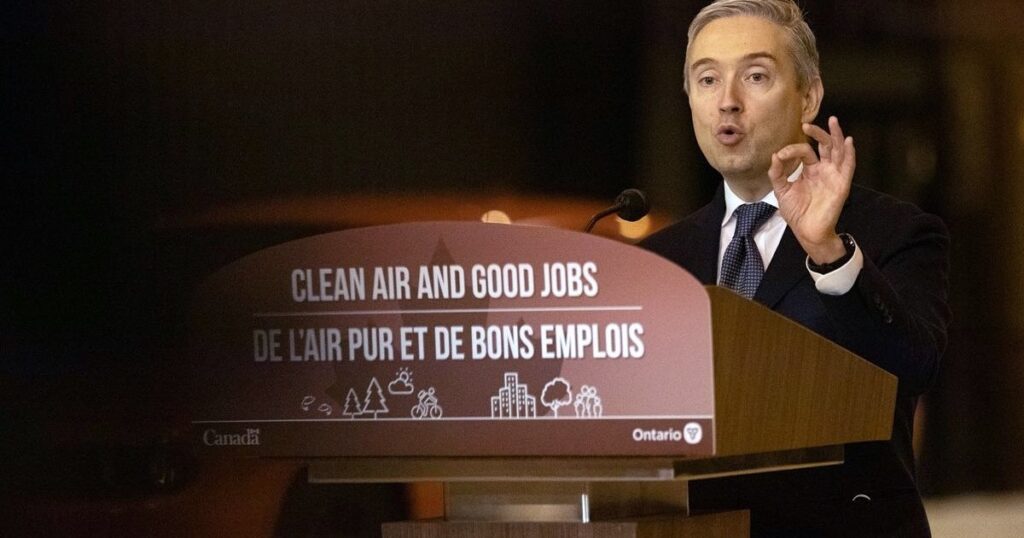 “What I hear from original equipment and battery manufacturers is that the investment made both in Ontario and Quebec are very complementary,” Champagne said when asked about competition between Canada’s two biggest provinces in the EV supply chain.

All projects announced so far are backed by hundreds of millions in subsidies from both the federal and provincial governments.

Champagne said “speed and scale” are a big challenge for Canada in building out its EV battery ecosystem and suggested institutional investors could help accelerate the process. He cited a Brookfield Infrastructure Partners LP agreement to fund an Intel Corp. semiconductor facility in Arizona as a potential example to follow.

“That would be a way on one end to allow these facilities to be built faster and at the same time, to provide stable returns to these pension funds,” Champagne said. “It is basically a model where you build and lease it back to the manufacturers.”