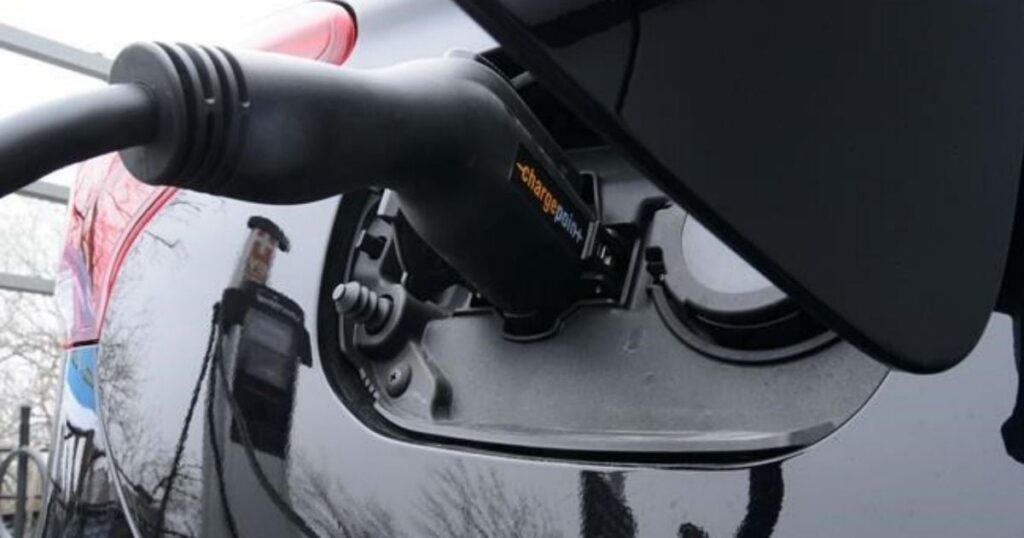 Federal ZEV mandate criticized by industry, called ‘not the path to success’


The Ministry of Environment and Climate change said in a statement that the new mandate “moves to increase the supply of electric vehicles for Canadians.”

“I just can’t see how they say that with a straight face,” he said. “In a globally constrained EV market, there’s only so many being produced. It’s not like automakers are hiding them in a warehouse somewhere.

“There’s no guarantee that just because Canada has a ZEV mandate, any of those vehicles are going to come here.”

Canadian dealers have concerns similar to those of manufacturers.

“The concern for dealers and consumers is that this insulated mandate, which does not address the necessary structural preconditions in terms of accessible charging infrastructure and competitive purchasing incentives, will limit consumer choice and lead to increased vehicle costs,” Tim Reuss, president of the Canadian Automobile Dealers Association, said in a statement.

Both Reuss and Adams say the government consultations have fallen short of expectations.

“It is high time for the Federal Government to listen and work with industry and consumer groups to design and implement a plan that takes into account the vastly different economic and geographical realities across Canada,” Reuss said.

Adams had a similar opinion.

“One of the things we really haven’t had is a good consultation process, as we traditionally have as regulated parties,” Adams said. “The government hasn’t truly consulted with industry on the matter.”

Manufacturers or importers who don’t meet the sales targets could face penalties — up to $20,000 per vehicle the federal government doesn’t view as a qualifying ZEV, according to Kingston — under the Canadian Environmental Protection Act through a phased-in approach.

“You put these penalties on industry, and this ultimately increases the overall cost of building and selling vehicles in Canada,” warned Kingston, who has viewed the draft regulations. “That will be costly to Canadians at a time when we have an affordability crisis, rising inflation and a range of budgetary pressures.”

The draft regulations, which are to be formally published Dec. 30, show the government proposes tracking the sales by issuing credits for vehicle sales, The Canadian Press reported.

Fully electric cars and trucks would be worth a bigger credit than plug-in hybrid versions, though the government acknowledges that plug-in hybrids will likely remain in demand in rural and northern areas.

In the first six months of 2022, sales of fully-electric and plug-in hybrid vehicles made up just 7.2 per cent of new car registrations, according to Statistics Canada. For all of 2021, the proportion was 5.2 per cent.

Like Kingston, Cara Clairman, president and CEO of Plug’n Drive, a non-profit encouraging electric vehicle use, said the toughest part of promoting the change from gas-powered vehicles is availability.

“Long waiting lists are definitely discouraging consumers that are ready to make the switch,” she said. “And if we all agree that we’re in a climate emergency, we need to help consumers make the switch as soon as possible.”

However, Clairman, who joined government officials in Toronto to announce the ZEV changes, said the new mandate will “support” EV adoption.

Kingston also said the targets are not achievable “at the current pace of investment by the federal government when it comes to EV readiness.”

He said the country — particularly rural Canada — lacks charging infrastructure. He also said the current $5,000 federal incentive is too little. The CVMA would like to see it increased to $10,000.

The mandate fulfills a 2021 Liberal election promise. It’s the first major set of regulations to come out of an emissions reduction plan the government published in April.

That plan is Canada’s broad road map toward hitting its goal to reduce greenhouse gas emissions across all sectors to a level in 2030 that is 40 to 45 per cent below what it was in 2005.

Passenger vehicles account for half of all road transportation emissions and about 10 per cent of Canada’s total emissions across all sectors.

Before Wednesday’s move, Canada already had targets for electric vehicle sales. But they were not enforceable, and the government wasn’t successfully compelling car companies to ramp up the number of electric vehicles available for sale.

The new targets will be countrywide, though some provinces are already ahead of others.

An analysis on Quebec and British Columbia’s mandates released last week by the Canadian Climate Institute concluded that the mandates helped both provinces move well out ahead of the rest of the country on electric-vehicle use.

Anna Kanduth, a senior research associate at the institute, said global supply of zero-emission vehicles is still limited, though it is growing quickly.

“Auto manufacturers are largely prioritizing jurisdictions with some type of sales mandate,” she wrote, adding that places with mandates have much higher rates of zero-emission vehicle adoption and more model choice.

British Columbia is leading the field in electric-vehicle sales, which account for almost 15 per cent of all new-vehicles registered between January and June. Quebec is in second, at 11.4 per cent of registrations.

There is a steep drop off to third-place Ontario, where only 5.5 per cent of new registrations are for electric vehicles. The number is below four per cent in all other provinces.

“What happens is that the vehicles are going to those jurisdictions with a sales target,” Dabrusin said.

“I would encourage any jurisdiction that’s looking at how to assist on the affordability piece, and to encourage the purchase of zero-emission vehicles, that they also consider and look at what’s happening across our country.’’

The Canadian Press contributed to this report.