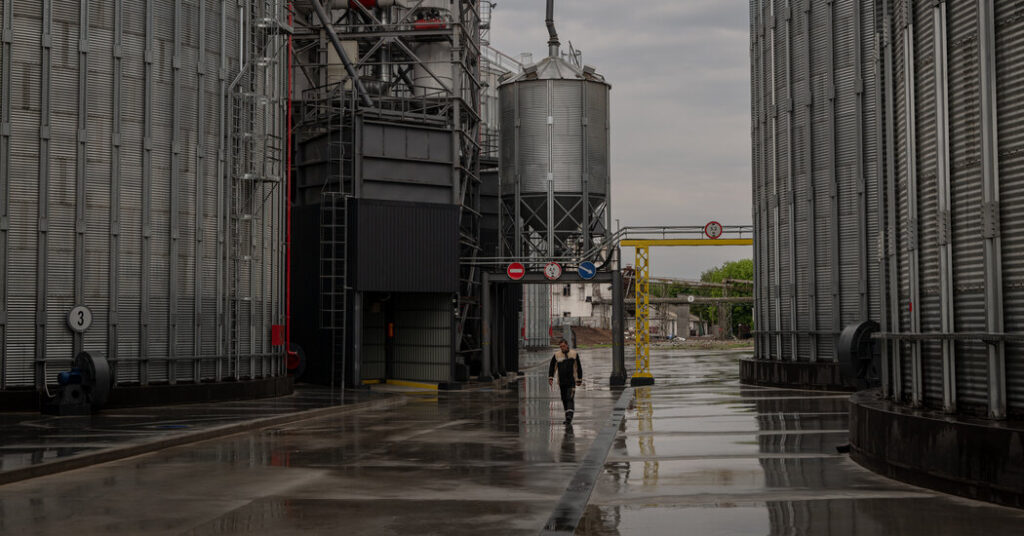 
Russia’s blockade of the Black Sea has inflated global grain prices, raised fears of hunger in some countries and drawn widespread condemnation. It has also provoked a vexing problem: how to find a new route out for Ukraine’s agricultural exports.

Rather than using Ukraine’s ports to export its wheat, sunflower oil, corn and other produce, proposed alternatives have included either exporting it across Ukraine’s western borders into Poland or transporting it southwest into Romania, across the Danube River and out through the Romanian Black Sea port of Constanta.

Western leaders have lined up in recent weeks to offer support for these solutions. President Biden said last week the United States was working with Europe to build grain storage capacity in Poland. The European Union’s foreign policy chief called the blockade a war crime. And Prime Minister Boris Johnson of Britain on Sunday called for a “long-term effort to develop the alternative overland routes that already exist.”

But analysts say that while moves to improve alternative routes can increase exports somewhat, they are not sufficient to meet global food demand. They also say that the relentless crop cycle will not wait.

“There’s been a mad rush to find alternatives” for Ukraine’s grain exports, said Mike Lee, a specialist in Black Sea agricultural projects at Green Square Agro Consulting in Britain. “But the only real viable route to exporting grain out is through the Black Sea ports, and there’s no alternative to get to the quantities that need to be shifted.”

President Volodymyr Zelensky of Ukraine has acknowledged the limitations of the alternatives being considered. He said in a speech on Monday that only “much smaller volume can be supplied via new routes” and that “this results in a much more expensive supply.”

Exports slowed during the pandemic as the global economy contracted, but Ukraine typically ships about 50 million to 60 million tons of agricultural products per year. In May, after Russia’s invasion began, its export figure plummeted, according to figures from Strategie Grains, which is part of Tallage, a French research firm.

In other terms, Ukraine provided about 15 percent of global wheat exports in 2019 before the pandemic. But Andrée Defois, deputy chief operating officer of Strategie Grain, said the figure could now fall to around 6 percent unless there is “a miracle.”

The European Union in May presented a plan to secure alternative routes, and Hungary’s foreign minister on Monday offered his country’s territory as a possible platform for exports.

Ukraine’s deputy agriculture minister, Markian Dmytrasevych, last week made specific requests in a speech to the European Union, including measures to improve the port at Constanta and to speed up shipments across the Danube.

Experts say, however, that the obstacles are legion: Ukraine’s railway system runs on a different gauge from those of most other countries in the European Union. It will take time to build storage capacity. There are too few ferries on the Danube River to transport the produce. And Constanta is too small to handle the volume of crops from Ukraine.

In addition, securing the private investment for the infrastructure that would be necessary for such alternatives is difficult, in part because it is unclear how long the blockade will last, Mr. Lee said.

An agreement under which Russia would unblock the sea route could resolve the problem. But talks led by Turkey with the hope of achieving such an arrangement have not yielded tangible results, and fighting in the Black Sea is continuing.