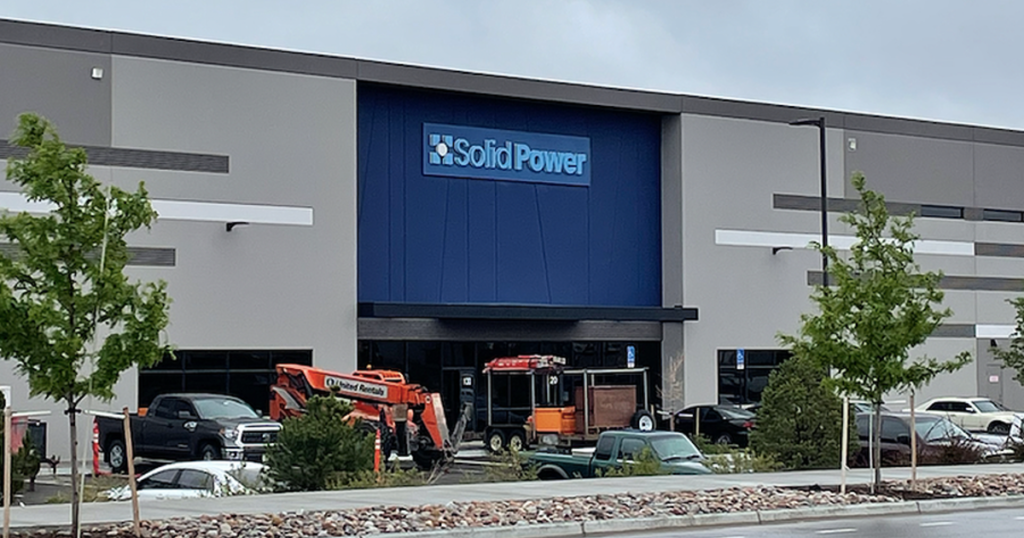 
LOUISVILLE, Colo. — Doug Campbell considers himself an unlikely leader for a battery startup on the cusp of big breakthroughs.

A little more than a decade ago, his first exposure to batteries came when he inherited a team of engineers working on lithium-ion batteries for aerospace applications. He quickly cribbed the basics.

“I kid you not, I had to pull up Wikipedia,” said Campbell, whose background was in business development. “I was like, ‘OK, cathode, anode, I think I got this.'”

After spending the past decade as CEO at Solid Power Inc., Campbell and his solid-state battery company are on firm footing. The company, which went public via a special purpose acquisition company in December, counts Ford Motor Co. and BMW as major backers. Samsung Ventures and Volta Energy Technologies are also investors.

Solid Power says the cells will initially be used for internal testing and that it is capable of producing 300 cells per week. Prototypes are expected to be delivered to Ford and BMW by the end of the year. While it’s too early for set plans, Solid Power says it is targeting the start of mass production in 2026 for battery cells that would support vehicles in 2027.

Starting production represents a concrete step in eventually reaching that scale with solid-state batteries that automakers hope can deliver extended range – as much as 50 percent higher than what’s available from conventional lithium-ion batteries today – for car buyers who are buying EVs in greater quantity than ever before.

“This contributes to the overarching value proposition of increasing performance and reducing the cost, and that’s dead center to the market pain right now,” he tells Automotive News.