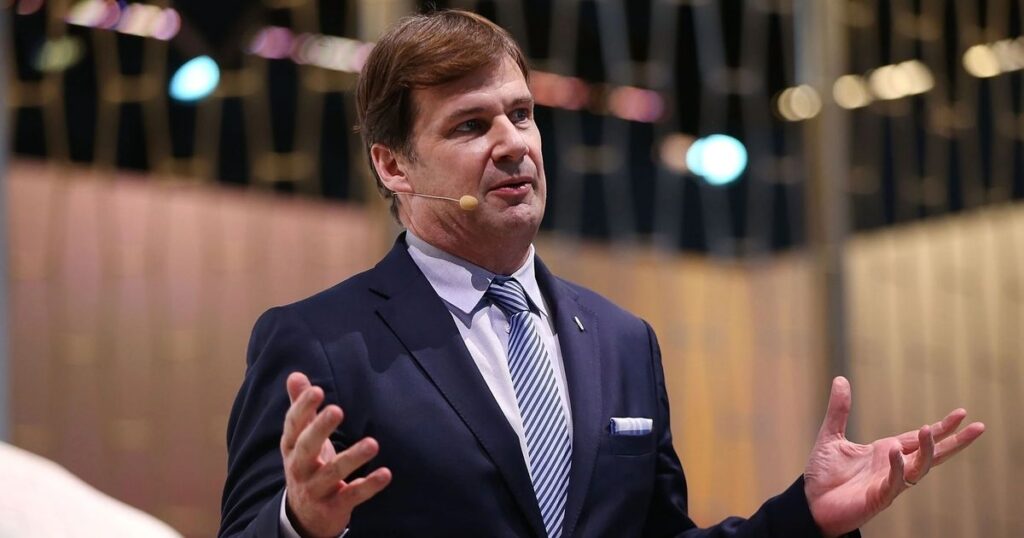 
Farley said some smaller, traditional automakers simply won’t be able to afford the transition and that EV startups’ portfolios will get “simpler” over time.

“I just don’t see the addressable market these companies are going after being big enough to justify the capital they’re spending,” he said.

Farley said Chinese EV makers are poised to make gains in the North American market, noting that many new players based in the world’s largest vehicle market have very low EV manufacturing costs and have not yet looked into exporting.

“There’s a shakeout coming,” he said. “I feel like that shakeout is going to favor many of the Chinese new players.”

Farley said he thinks the coming consolidation would likely focus on more mergers than joint ventures.

“Partnerships are hard,” Farley said. “We’ve been in business for 118 years, and we probably have one partnership that worked really well: Ford Otosan in Turkey. Often they come down to the character of the leaders.”

The automaker currently has a partnership with Volkswagen Group, which Farley did not mention. Ford recently abandoned a tie-up to jointly produce a vehicle with Rivian and canceled a planned joint venture with Mahindra.

PrevPreviousStellantis stops Jeep production in Italy again due to chip shortage
NextElon Musk to Tesla employees: Return to the office or get outNext