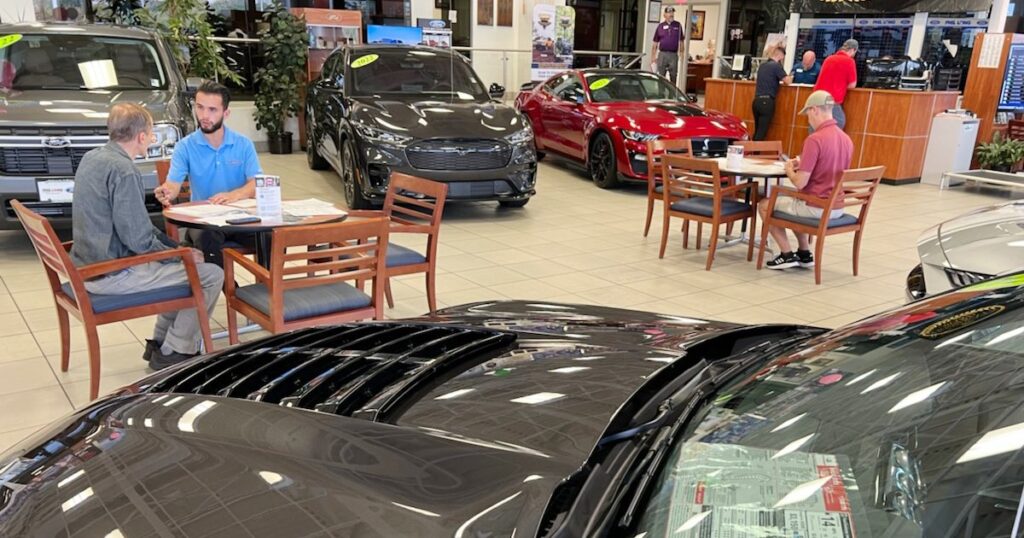 
Ford rolled out the new standards to dealers in Las Vegas in what some who attended described as an occasionally combative meeting. The concerns stemmed mostly from small-market dealers worried about the size of the investment, even as executives attempted to reassure them they could remain successful selling only gasoline vehicles.
Each certification will be effective from Jan. 1, 2024, until the end of 2026. Ford said dealers who opt out of becoming EV-certified for now will have another opportunity to buy in starting in 2027. It does not expect to force any dealers to do so at that time, either.

“We don’t want to rush dealers into being a Model e dealer before their market or they are ready to,” Farley said.

Ford said each of its 3,000 U.S. dealers theoretically could choose to become Certified Elite. Farley declined to say how many he wants to opt in.

“We want people to take on these standards that can be profitable in executing them,” he said. “It will not be good for the dealers or the company if people take on these standards and they don’t get a return on their investment. We’re not so excited or dogmatic that we want a certain number of people to take it that we’d look past the financial viability of it. That’d be a really bad move for us.”

Sam Pack, CEO of Sam Pack Auto Group in Texas, said he plans to have each of his four Ford dealerships become Certified Elite.

“The message I heard was one of optimism,” Pack said. “Yes, there’s a lot of questions that have not been answered. But we’ll work through those. This is a learning journey.”

Marty Duncan, owner of Jerry Duncan Ford in St. Harriman, Tenn., said if he opts in, it will be at the lower-priced tier.

“I’m not sure yet,” he said. “I’ll look at being certified in the first round, but I’ll definitely do it in the second round.”