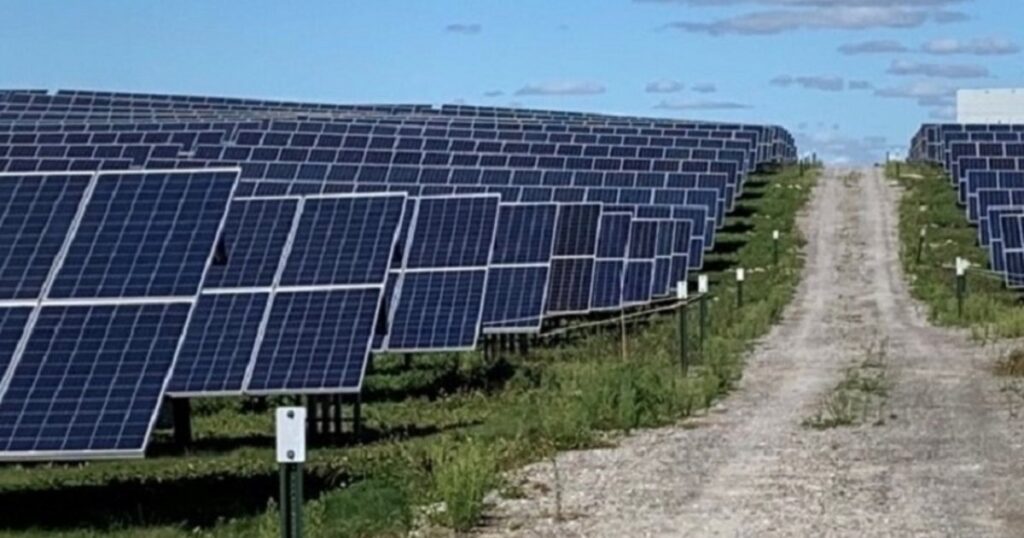 
Ford Motor Co. has committed to buying at least $120 million of solar power annually from DTE Energy Co., which plans to expand its solar infrastructure in Michigan by nearly 70 percent to 650 megawatts.

Ford’s commitment amounts to the largest renewable energy purchase from a utility in U.S. history, according to a Ford news release.

Representatives from Ford and DTE, along with government officials, were scheduled to formally announce the deal this morning at the Ford Michigan Assembly Plant Modification Center in Wayne.

“Ford was the first large industrial customer to enroll in our MIGreenPower program in 2019 and we want to thank the automaker for its continued commitment to using MIGreenPower to help decarbonize its operations and meet its sustainability goals,” DTE Chairman and CEO Jerry Norcia said in the release.

Ford said that by 2025, all of its plants in Michigan will run on carbon-free electricity, avoiding up to 600,000 tons of carbon dioxide emissions and reaching its global goal 10 years ahead of schedule. Like other automakers, Ford has placed much emphasis on environmental sustainability as it moves forward with an ambitious EV transformation.

Ford is not investing in the build-out of the infrastructure but signed a long-term agreement to purchase power from it, according to Ford spokesman Dan Barbossa.

“…We signed a long-term Power Purchase Agreement (PPA) that will obligate Ford to buy power and Renewable Energy Certificates (RECs) from this solar field/fields. That obligation amounts to about $120M annually,” Barbossa said in an email.

DTE plans to invest $3 billion into renewable energy by 2025, bringing its total investment since 2009 to $6 billion, spokeswoman Cynthia Hecht said, adding that Ford is expected to save money on its electricity use through its enrollment in the MIGreenPower program but did not specify how much.

“Regarding cost savings for Ford, MIGreenPower customers pay a small subscription fee when they enroll in the program and they also receive a market-valued credit for their participation,” Hecht said in an email.