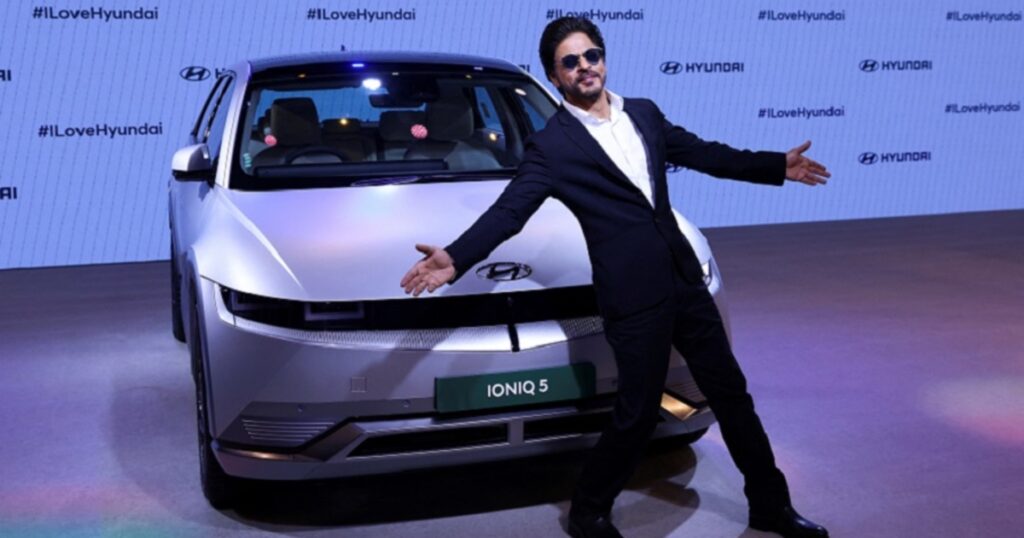 
Foreign automakers are taking center stage at India’s auto expo as they vie for a slice of the nascent shift to electric vehicles in the world’s fourth-biggest auto market.

Returning after a two-year hiatus during the pandemic, the show, which began Wednesday, will see China’s SAIC Motor and BYD unveil EVs for the domestic market, while the local arm of Hyundai will hold the Indian launch of its Ioniq 5 electric SUV.

In contrast, India’s Mahindra & Mahindra is not even attending the event.

Most local manufacturers have been reluctant to switch to EVs because of their high upfront costs, while a lack of public charging points deters buyers. Instead, the electrification push is being led by more affordable scooters and three-wheelers, which are also widely used in delivery fleets.

India’s biggest automaker, Maruti Suzuki India, does not have any electric models in its lineup, and Chairman R.C. Bhargava says cars powered by hybrid technology, natural gas and biofuels are a cleaner way to curb emissions in a country that generates more than 70 percent of its electricity from dirty coal.

Mahindra, long known for its big muscle cars, offers only one EV, the e-Verito sedan — which has a range of just 181 km (112 miles). That is despite Mahindra having a first-mover advantage after purchasing Indian EV startup Reva Electric Car in 2010.

Mahindra will electrify as much as 30 percent of its SUV lineup by 2027 and begin selling its XUV400 electric SUV by the end of next month.

That pretty much leaves Tata Motors, which owns Jaguar Land Rover, as the dominant local player in EVs and it only has three models on offer, the Nexon EV, Tigor EV and Tiago EV.

Still, India has historically proved a barren hunting ground for other global automakers enticed by its potential size.

Ford in 2021 said it would shut its factories in the South Asian nation and take around $2 billion in charges, retreating from a market previous management saw becoming one of its three biggest.

In 2020, Toyota put the brakes on expansion because of high tariffs, while Harley-Davidson and General Motors have also pulled out of the country.

Electric vehicle pioneer Tesla has shied away from the Indian market, too, with CEO Elon Musk fighting a losing battle to have import tariffs reduced before considering setting up local manufacturing plants.

Chinese companies may be a bit different, considering they have a mature supply ecosystem that allows them to source components at a low unit cost, according to Rahul Mishra, a partner at management consultancy firm Kearney.

But they will have to convince Indian consumers that the quality and performance of their cars is on par with international standards.

Established Korean and European brands that have full-fledged electric vehicle portfolios, meanwhile, have cost structures that are built for international markets and not designed for a price competitive one like India.

Their challenge will be locally producing cars despite small volumes and adhering to Prime Minister Narendra Modi’s Make in India push to get tax benefits, Mishra said.

The auto show, which runs until Jan. 18 in Greater Noida on the outskirts of Delhi, is expected to attract more than 100 exhibitors and 40 automakers, according to local media.

Another hurdle slowing India’s shift to EVs is a reliance on China for components, especially batteries. That means local automakers do not have full control over the quality of parts, sparking concern about the safety of electric vehicles in India’s hot climate and potholed roads.

“While demand is there, automakers do not have the supply chain and access to battery technology to produce electric vehicles in large volumes,” said Mishra.

“They have to overcome these barriers to scale up in line with demand,” he said, adding that automakers should also invest in sales networks and after-sales.

Local manufacturers also need to do a better job of demonstrating how electric vehicles can be used and explaining their value proposition to customers, said Mihir Sampat, a partner at Bain & Co.

Automakers could build better communication elements into their sales channels or set up experience centers to alleviate consumer concerns around safety and range, he said.

Mahindra Executive Director Rajesh Jejurikar expects India to see more significant adoption of EVs in five years when customers will have more options to choose from.

Rising gasoline prices will also prompt drivers to switch to EVs, he said in an email.