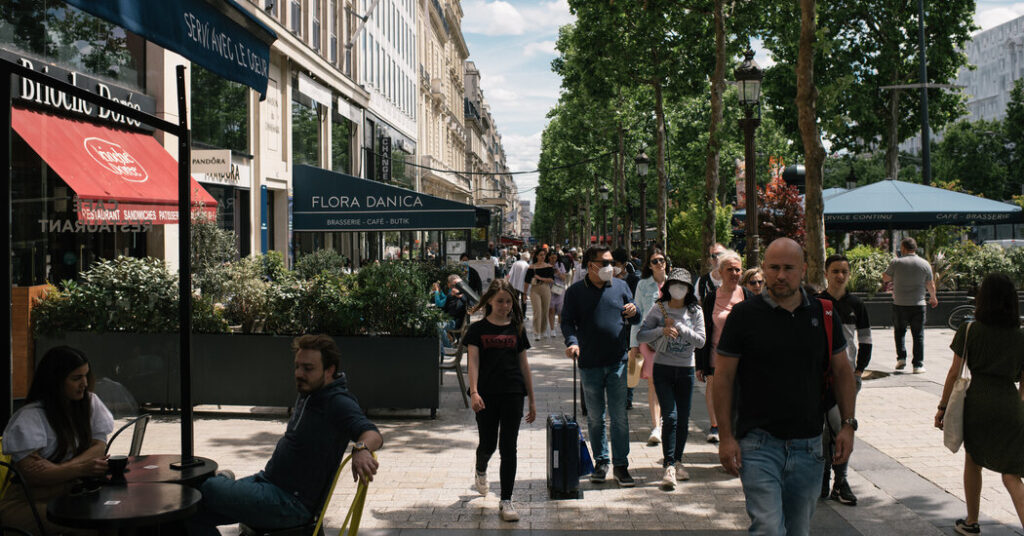 
PARIS — The French Parliament approved an inflation relief package on Thursday that aims to prop up citizens’ purchasing power of and help them deal with soaring consumer prices and energy costs.

The package was split into two bills. The first, specifically designed to fight inflation with a raft of measures worth 20 billion euros, or about $20.4 billion, was passed by the two houses of Parliament on Wednesday. The second, a supplementary spending bill that appropriates €44 billion for new expenditures in 2022, was approved on Thursday after lawmakers from both houses agreed on a common version.

“It’s a victory for the French, for our fellow citizens who have a hard time making ends meet, who are worried about rising prices,” Bruno Le Maire, France’s economic minister, told RTL radio on Thursday. “Thanks to this purchasing power package, they will be able to cope.”

France, like the rest of Europe, has been impacted by the fallout of the war in Ukraine, but it has not been affected as severely as some of its neighbors — some of whom, like Germany, are far more reliant on Russian natural gas to run their economies.

Inflation in France rose to 6.8 percent in July, less than in almost all other eurozone countries, according to Eurostat. The country, which has a strong tourism sector, also experienced 0.5 percent second-quarter growth, beating analysts’ expectations.

With the reelection of Emmanuel Macron, French voters favored his promise of stability  over the temptation of an extremist lurch.

The measures include an extension, until the end of the year, of fuel subsidies that reduce the cost of gasoline; a cap on rent increases that expires next June; a 4 percent increase in state-backed pensions and other welfare benefits; a slight increase in state employee salaries; and a loosening of rules governing the size of tax-exempt bonuses that private companies can grant some of their workers.

The package also fulfills President Emmanuel Macron’s campaign promise to abolish the television license fee, creates a one-time cash bonus that will be distributed to lower-income households in September, and gives some private-sector employees the ability to cash in their comp days.

Mr. Macron had made the relief package one of the first priorities of his second term. It was also the first major test of his government’s ability to get bills passed in a newly fractured lower house of Parliament, where his centrist alliance no longer controls an absolute majority of seats.

Mr. Macron’s party and its allies reached compromises with mainstream conservatives, who voted in favor of the package, while left-wing lawmakers opposed to the president voted against it or abstained.

Left-wing parties criticized the measures as too timid and too reliant on temporary bonuses instead of permanent wage increases. They argued in favor of more forceful measures, like freezing prices for gasoline and basic necessities, raising the minimum wage, and creating a tax on the surging windfall profits of large energy businesses, as some European countries like Britain have already done.

“Faced with rising prices, you surrendered,” Adrien Quatennens, a member of the leftist France Unbowed party, told lawmakers on Wednesday. “You did not take any measures that address the root of the problem.”

In a bid to bolster France’s energy independence, the package also cuts red tape to accelerate the installation of a floating terminal for liquefied natural gas in Le Havre, a port city in northern France, and appropriates nearly €10 billion for the re-nationalization of France’s state-backed electricity giant, EDF.

PrevPrevious‘Head of Team Anywhere,’ and Other Job Titles for an Uncertain Time
NextAnother subpoena blitz in Twitter vs. Musk.Next