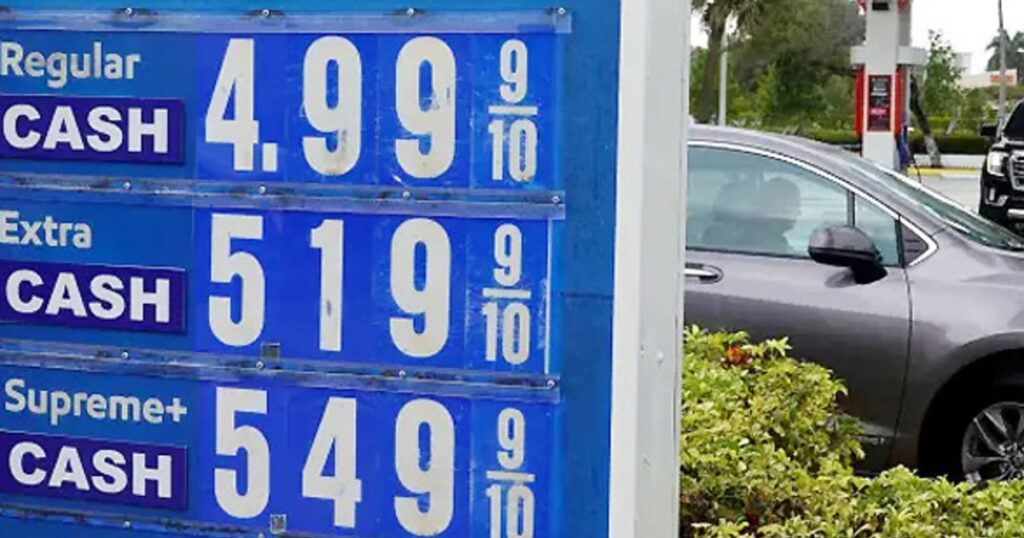 
Record gasoline prices have some U.S. consumers considering electric vehicles earlier than anticipated, but the surge has not roiled the industry or prompted the kind of seismic shift in buying habits seen during previous price increases.

In 2008, the cost of gasoline peaked at more than $4 per gallon, and consumers abandoned hulking SUVs and pickups in droves. Automakers scrambled to retool factories to produce smaller, fuel-efficient sedans.

Today — even with the national average recently topping $5 for the first time — there’s been no such panic.

Aside from a proliferation of electrified options, experts point to a significant improvement in the fuel economy of most internal-combustion vehicles, including large pickups and utilities. A 2022 four-wheel-drive Ford F-150, for example, is rated at 21 mpg combined, 50 percent better than a comparable 2008 model.

Although recession fears are mounting, the economy is in a much stronger position than it was in 2008. Unlike that time, top executives from Ford Motor Co. and General Motors say there’s robust demand for new vehicles, at a time when the global semiconductor shortage has kept inventories low.

“We’re in a very different situation now,” Ed Kim, vice president of industry analysis at AutoPacific, said in an interview. “We’re not in that dire downturn state we were in back in 2008. We have plenty of consumers that have money to spend, but the marketplace isn’t able to provide product.”

That likely won’t change in the near term.

Consulting firm AlixPartners last week said it expects supply chain issues to continue suppressing inventories through 2024. It’s unclear how long gasoline prices will remain high — prices dipped slightly last week, according to AAA, and President Joe Biden has asked Congress to suspend the federal gas tax for three months to save motorists about 18 cents a gallon. But most forecasters don’t envision a major impact even if the surge lasts.

“The story is really still this pent-up demand that sort of absorbs the depressing demand not only of gas prices, but inflation concerns,” Mark Wakefield, global co-leader of the automotive and industrial practice at AlixPartners, said in a media presentation last week. “Consumers remain in the mindset of, ‘Can I find one?’ and ‘Where can I find the best deal?’ They have the capacity to purchase.”