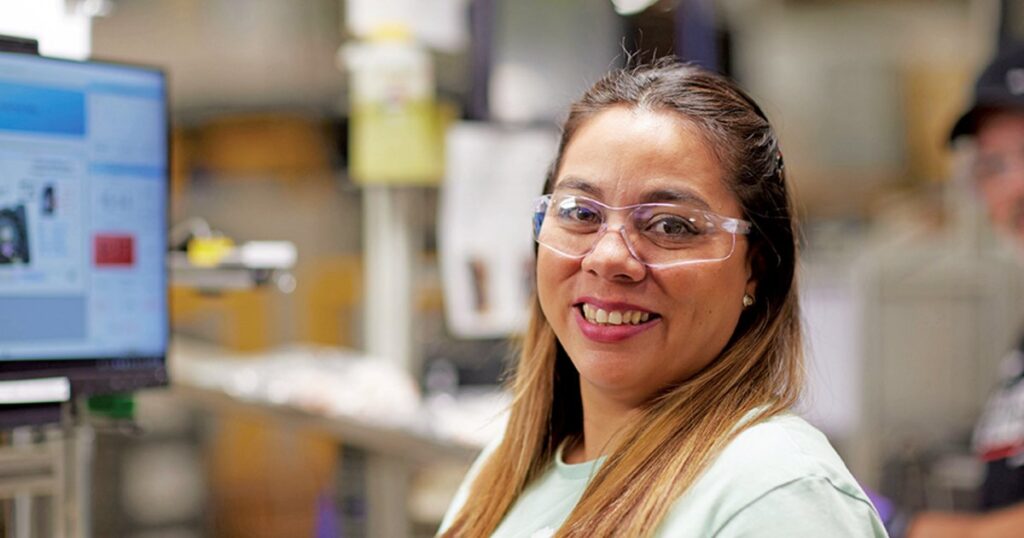 
The west Michigan mirror supplier Gentex has had a problem for the past few years. It has new business coming in fast and furious — but that’s not the problem. The issue is, like other manufacturers around the country, Gentex has been hampered by a shortage of workers to handle it.

Many in the auto industry are coping with paltry recruitment results, increased wage pressure and — during the past couple of years — higher turnover.

To compete in the hard early days of the pandemic, Gentex began sweetening its employment offer: raising its production line pay to $17.50 an hour and offering company stock options to new hires who stayed at least a year. But it wasn’t enough.

So the company turned to an innovative new approach to bring in more employees to help it expand production: It began hiring Spanish-speaking workers – not just people who might speak Spanish around the house, but people who do not know enough English to apply for a job.

The initiative was not aimed at Hispanic people who might speak Spanish around the house but people who do not know enough English to apply for a job.

Gentex decided to remake itself into a bilingual company where employees do not need to speak English. That was a decision that reached beyond simply recruiting and hiring people, said Dan Quintanilla, director of talent acquisition for the 5,400-employee supplier, which had sales of $1.73 billion last year. It meant re-creating Gentex to operate — from human resources to production supervision and planning — in a new language.

“Talent acquisition isn’t the easiest job to have these days,” Quintanilla said. “We need more people. And as we look around our communities, nearly a quarter of the population is Spanish-speaking. But we weren’t able to appeal to them because — how do you come in and apply for a job if the application is written in English, if the interview is conducted in English, if the benefits are explained in English, if training is in English and if your supervisor only speaks English?”

Longtime Gentex employee Rosa Estrada, now the company controller, urged the company to do more to reach into the local Hispanic communities, Quintanilla recalls. Senior management heard her appeal. But pulling that off, the manufacturer realized, would require big changes throughout the company.