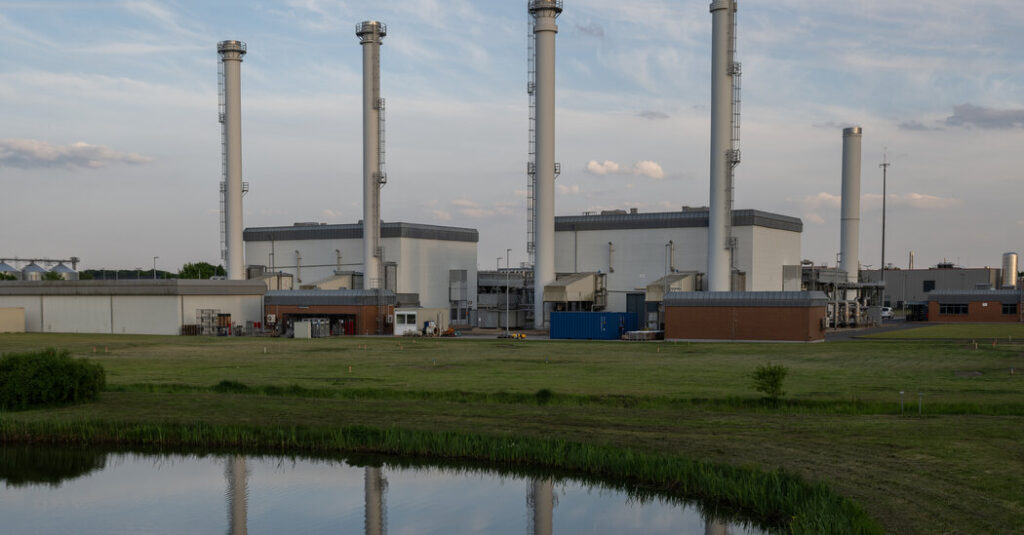 
Germany triggered the second stage of its three-step emergency gas plan on Thursday, warning Germans that the country is in a crisis that could worsen in coming months.

“The situation is serious and winter will come,” Robert Habeck, Germany’s economy minister, told reporters at a news conference in Berlin. The plan’s third step would permit the government to begin gas rationing.

“Even if you don’t feel it yet: We are in a gas crisis,” he said. “Gas is a scarce commodity from now on. Prices are already high and we have to be prepared for further increases. This will affect industrial production and become a big burden for many consumers.”

The announcement comes a week after Russian’s state energy giant, Gazprom, reduced the amount of natural gas it was delivering to Germany by 60 percent, in what appeared to be the latest move to punish Europe for sanctions and military support for Ukraine.

“It is obviously Putin’s strategy to create insecurity, drive up prices and divide us as a society,” he said.

Since late March, when Germany entered the first phase of its plan, the government has focused on increasing its gas storage, which is at more than 58 percent capacity. But activating the second stage of the emergency plan means the government sees a high risk of long-term supply shortages.

The German government approved a 15 billion euro, or $15.7 billion, line of credit on Wednesday for utilities to purchase natural gas to fill storage facilities. In addition, the government plans to launch a program that would help the gas system cope by encouraging companies to suspend their use of gas temporarily. The unused fuel would then be made available for other industrial users for the cheapest price.

But the government decided against allowing gas providers to pass on the soaring costs of energy to customers, after businesses pushed back against the measure.

German companies have been looking for alternative energy sources and ways to save gas, and Mr. Habeck said they had been able to cut their use by around 8 percent in recent weeks. The government has also passed a law that would allow utilities to restart coal-fired power plants that either had been shuttered or were scheduled for phaseout. The Netherlands and Austria have taken similar measures.

Still, the shortages have driven gas prices to extraordinarily high levels, about six times what they were a year ago. Mr. Habeck warned that the high prices were forcing energy providers to take on losses, threatening the entire energy market.

“If this minus gets so big that they can’t carry it anymore, the whole market is in danger of collapsing at some point,” Mr. Habeck said, drawing a parallel to how the collapse of Lehman Brothers triggered the global financial crisis.

Nord Stream 1, the main pipeline supplying Russian gas to Germany, is scheduled for regular maintenance for about two weeks beginning July 11, when flows will stop, raising concerns that Gazprom could take advantage of the situation to halt deliveries for even longer.