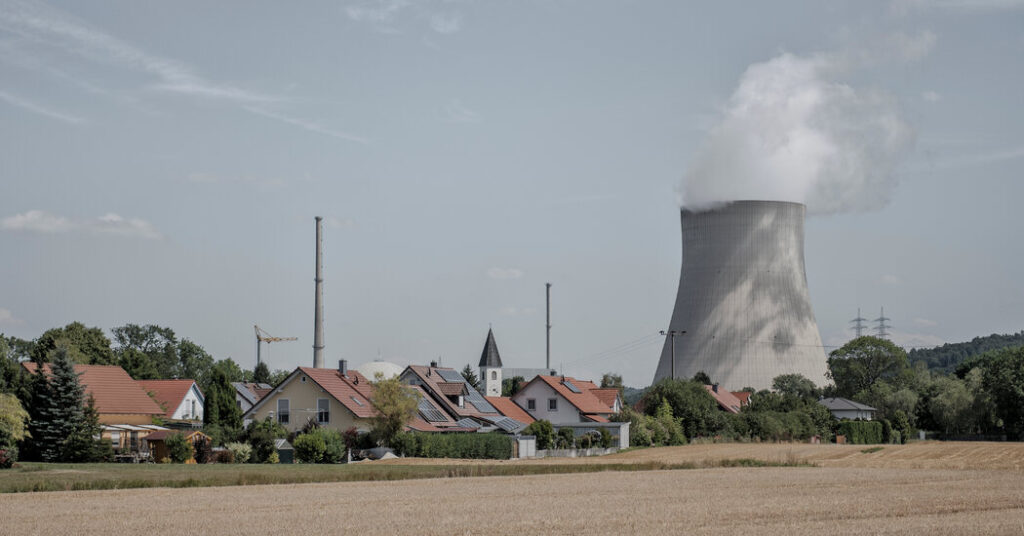 Germany’s conservative leaders push for nuclear power to stay on as the country breaks from Russian fuels.


BERLIN — Germany’s leading conservative politicians will visit one of the country’s last remaining nuclear plants on Thursday as part of a push to urge the government toabandon its planned exit from nuclear power amid growing concerns of a looming energy crisis due to Russia’s war in Ukraine.

Germany is bracing to be one of the worst hit by Europe’s efforts to wean itself off Russian fossil fuels to punish Moscow for the invasion. That has led some parties — particularly the center-right Christian Democrats, who are in the opposition, and the pro-business Free Democrats, one of the government’s coalition parties — to push for Germany to keep its last three nuclear power plants online.

Chancellor Angela Merkel moved in 2011 to wind down the country’s nuclear power after an earthquake and tsunami in Japan led to overheating and explosions at its Fukushima nuclear plant. Thursday’s visit by Martin Söder, the leader of the southern state of Bavaria, and Friedrich Merz, the head of the Christian Democrats, to the Bavarian Isar 2 plant comes after Ms. Merkel’s successor, Chancellor Olaf Scholz, suggested that he may be willing to reverse her decision.

Mr. Scholz said on Wednesday that running the last three nuclear plants in Germany past their decommissioning date of Dec. 31, 2022, “can make sense” given the current situation. Any such move, he insisted, would not be decided by his government but rather by a series of stress tests on the German power system to see whether the plants would be needed and if they would be able to run safely past their shut-down date.

Germans are among the wariest in Europe of nuclear energy. In a sign of how contentious the issue of nuclear power is in the country, leaders from his own party and coalition partners almost immediately countered his remarks.

“We will not revise the phase-out of nuclear energy,” the Social Democratic Party leader, Saskia Esken, said on Wednesday. Annalena Baerbock, the Green foreign minister, said that lengthening the power plants’ life was “not an option.”

Mr. Scholz stressed on Wednesday that keeping the three nuclear plants open was mostly to meet regional needs in Bavaria. Home to companies that drive Germany industry, Bavaria could face serious energy shortages which might be alleviated by keeping the Isar 2 plant on.

Mr. Söder said before his visit to Isar 2 that Mr. Scholz’s government was moving too slowly, however. He argued that the government, which has been in office since December, had “hesitated far too long.”