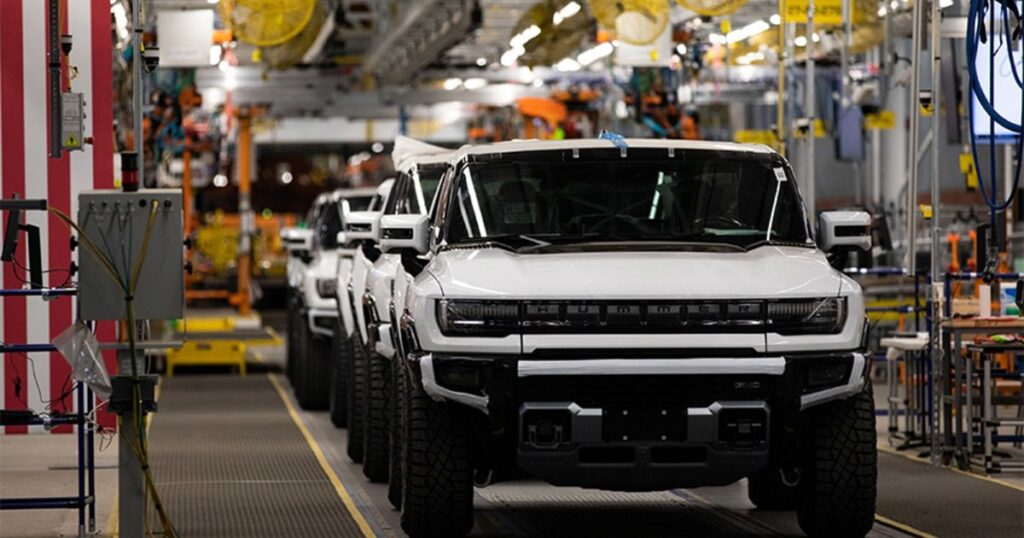 
General Motors is considering adding an electric midsized pickup truck to its lineup of Hummer vehicles, leaning into demand for lower-emissions cars, according to people familiar with the matter.

A smaller, electric Hummer is still a design concept in GM’s California studio, but has a good chance of going into production and is seen as a priority project, said the people, who asked not to be identified because the plans are private. GM already builds the large electric Hummer pickup and will begin building a full-size SUV early next year.

Hummer is emerging as a key piece of GM’s electric-vehicle strategy. The company has said it’s spending $35 billion (all figures in USD) to build 30 EVs by 2025. It’s breaking into the market by appealing to high-end customers with pricey EVs from Hummer and Cadillac and offering lower-priced models to fleet buyers, allowing the automaker to build sales volume and manufacturing scale.

GM believes the Hummer brand has great recognition and a strong following, so a smaller Hummer that is still brawny would be a logical extension, the people said. It could also help GM if it decides to bring the Hummer brand to Europe, which the Detroit automaker plans to re-enter by exporting EVs.

GMC underwent a rebranding and started building a new electric version of the big, military-styled pickup in late 2021. The vehicle, which sells for about $110,000, has been well-received. GM has accepted more than 90,000 reservations for the Hummer pickup and had to temporarily halt sales, and even raise the price, to prevent a large backlog of orders.

Hummer was GM’s first EV built off its Ultium battery platform. Production has started slowly, but as the automaker ramps up its battery plant in Lordstown, Ohio, GM will be able to boost output of the Hummer pickup and SUV in the first quarter. The company has delivered 781 vehicles as of Sept. 30.

GM also makes the $60,000 Cadillac Lyriq SUV. Next it plans to produce the Hummer SUV and an electric Chevy Silverado pickup this spring, though the first version will primarily target commercial customers. A mid-sized Hummer would be a few years away but would compete directly with startup Rivian Automotive Inc.’s R1T pickup truck, which is smaller than the Hummer, Ford Motor Co.’s F-150 Lightning and the Silverado EV.

The Hummer brand, a target of environmentalists seeking to limit fossil-fuel emissions, was killed in 2010. GM brought it back as an EV brand as a way to lure consumers who might not have looked at electric vehicles, and support work to shed its gas-guzzler image. The large truck still does have a high carbon footprint compared to other EVs due to the volume of electricity need to power its 1,000-horsepower motor and 9,200 pounds of weight.

Extending the brand to include smaller models has precedent. GM starting selling the H2 model in 2002, a $60,000 SUV made using some parts from Chevy pickups and SUVs. It was a smash-hit among buyers looking for brawn and bling, prompting the Detroit automaker to follow up with the mid-sized vehicles. Before the Hummer brand was killed, the mid-sized H3 SUV and H3T pickup accounted for the largest portion of sales.

GM acquired Hummer in 1998, six years after AM General debuted it as a civilian version of the armored Humvee military vehicle made famous for its role in the Gulf War. Actor and former California Governor Arnold Schwarzenegger was an early and very public advocate for the brand and its first model, which later became known as the H1.