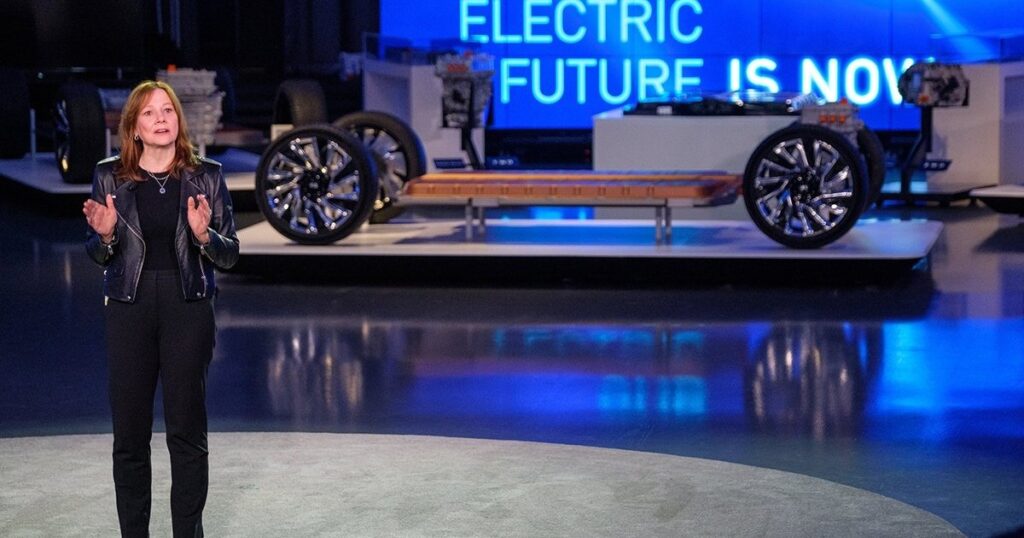 
DETROIT — General Motors on Tuesday reported a 40 per cent year-over-year decline in net income as revenue rose 4.7 per cent in the second quarter, but the automaker said it expects stronger results in the second half of the year.

“This confidence comes from our expectation that GM global production and wholesale deliveries will be up sharply in the second half,” CEO Mary Barra said in a letter to shareholders. “It is clear we are operating in a dynamic market that presents both challenges and opportunities for our company, and we will continue to rise to them.”

GM’s second-quarter net income fell to $1.7 billion (all figures in USD) as the automaker continues to work through the global microchip shortage. Adjusted earnings before interest and taxes dropped 43 per cent to $2.3 billion, while revenue rose to $35.8 billion, GM said in a statement.

Amid concerns of a looming recession, GM is reducing discretionary spending and limiting hiring to critical needs and positions that support the company’s growth, Barra said. The automaker is not contemplating layoffs, CFO Paul Jacobson told reporters.

The automaker also said Tuesday that it has partnered with Livent Corp., and LG Chem to secure lithium and cathode material. GM expects to deliver $90 billion of annual EV revenue by 2030.

GM also said it expects to meet its current guidance for full-year adjusted earnings before interest and taxes of $13 billion to $15 billion. It earned $6.4 billion on that basis in the first half of 2022.

GM’s North American profit, which includes Canada, fell 21 per cent in the second quarter to $2.3 billion.

The automaker’s U.S. light-vehicle sales fell 15 per cent as parts shortages continued to slow production. GM said this month that it was holding about 95,000 vehicles awaiting parts and expected to deliver the vehicles to dealers by the end of the year.

GM began shipping the vehicles to dealerships at the end of July, Jacobson said Tuesday. The automaker expects full-year production to exceed 2021 production levels by 25 to 30 per cent.

“The second half should be considerably better than the first, which is in line with our expectations coming into the year,” Jacobson said.

Fleet mix returned to pre-pandemic levels at 22 per cent of overall sales, up from 14 per cent a year earlier.

Globally, GM’s adjusted profit margin fell to 6.6 per cent in the quarter from 12 per cent a year earlier.

Earnings from GM Financial fell 30 per cent to $1.1 billion.

Shares in GM fell one per cent to $34.18 in premarket trading.