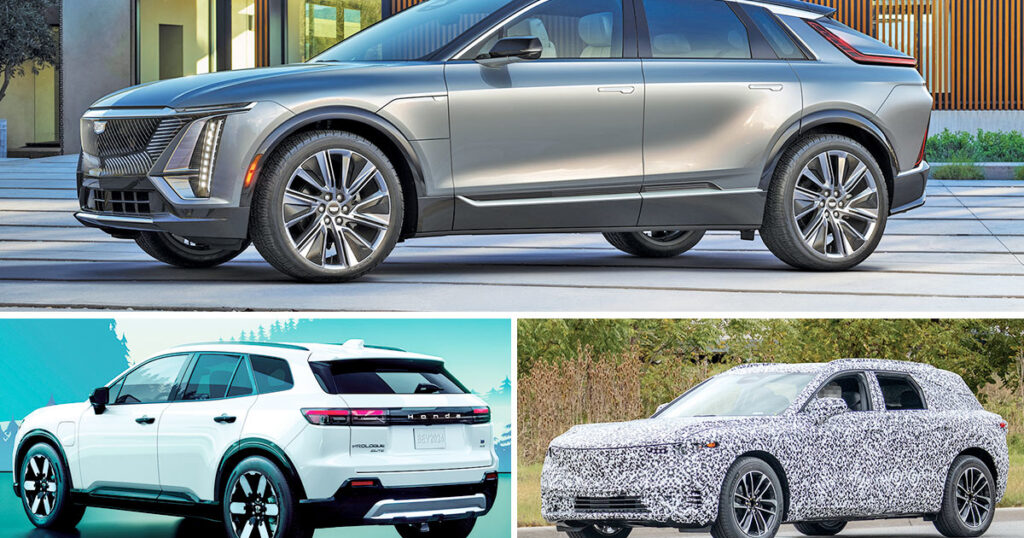 GM gives Honda a leg up on EVs


American Honda Motor Co. has two electric vehicles on the horizon: the Honda Prologue and the Acura ZDX.

Both are co-developed with General Motors and will use the Detroit automaker’s new flexible and scalable electric architecture powered by the Ultium battery pack.

The partnership allows Honda to leverage the investments GM has been making in its Ultium drive system and its upcoming wave of EVs while it readies itself for its own zero-emission future.

But one surprise benefit Honda will get from the collaboration could not have been foreseen by any crystal ball: a $7,500 pricing advantage.

When the Prologue and ZDX come to market in 2024, both are likely to land a spot on the coveted list of vehicles approved for the new federal tax credit under the Inflation Reduction Act — thanks to GM’s electrification playbook.

This will give the Honda and Acura brands a competitive edge against automakers importing their EVs, especially Hyundai and Kia, which have, up until now, been gaining market share and momentum with their early-to-market electric entries.

Under the Inflation Reduction Act, Hyundai’s Ioniq 5 and Kia’s EV6 and Niro EV will not be eligible for the credit because the new rule requires final assembly of the vehicle and battery pack, as well as material sourcing, to be confined to North America.

GM has been investing heavily in joint venture battery plants with its supplier LG Energy Solution as well as pouring money into existing plants so it can build EVs and EV components for its Chevrolet, GMC, Cadillac and Buick brands.

GM has three battery plants operating or in the works and is surveying locations for a fourth. It also has three auto plants designated for EV production in the U.S. — Spring Hill Manufacturing in Tennessee, Factory Zero in Detroit and Orion Assembly in Michigan — and another in Ramos Arizpe, Mexico.

All of those plants qualify for North American assembly credit. And that begs the question: At which GM plants will the Honda Prologue and Acura ZDX be assembled?

Honda has not revealed its production plan for the vehicles. But it’s a fair bet that the Prologue will be built in Ramos Arizpe and the ZDX in Spring Hill.

Spring Hill assembles the Cadillac Lyriq electric midsize crossover, the Cadillac XT5 and XT6 and the GMC Acadia. GM has said it will move production of the Acadia to Lansing, Mich., and that the Spring Hill factory will be use to build future EVs.

One of GM and LG Energy Solution’s joint-venture battery cell plants is also adjacent to the Spring Hill auto plant and will begin production in late 2023.

Spy shots captured a ZDX prototype near GM’s proving grounds in Milford, Mich., and though its styling is distinctly Acura, with several elements that carry over from the concept, it appears to have the same A-, B- and C-pillar arrangements as the Lyriq. Acura has not released any dimensions, but the Precision EV concept teased a midsize crossover like the Lyriq.

No specs have been released for the ZDX, but the Lyriq offers a 340-hp single-motor rear-wheel setup powered by a 100-kilowatt-hour battery with 312 miles of range. A dual-motor all-wheel Lyriq will come out in early 2024.

Meanwhile, GM assembles its gasoline-powered Chevrolet Blazer in Ramos Arizpe. The automaker plans a battery-powered version of the sporty midsize crossover in late 2023 designated as a 2024 model-year vehicle.

Word on the street is that Honda’s Prologue will be based on the Blazer EV and built alongside it in the same fashion as the ZDX and the Lyriq.

The styling of the Prologue, which Honda showcased this month, has an identical A-, B- and C-pillar arrangement to the Blazer. Honda confirmed that the Prologue will be a midsize crossover, the same segment as both the gas and electric Blazer.

The Prologue’s Honda-crafted design will fit atop the Blazer platform. The Blazer will offer different battery sizes and three drive systems: front-, rear- or all-wheel drive.

The links between Cadillac and Acura, as well as between Honda and Chevrolet, also make sense from a market positioning standpoint.

Honda’s tardiness to the EV party in recent years and its need to rely on GM for its first two volume all-electric entries appeared unflattering as Honda’s world competitors moved surely and aggressively into electrification. But it turns out those decisions will serve the Japanese automaker well.