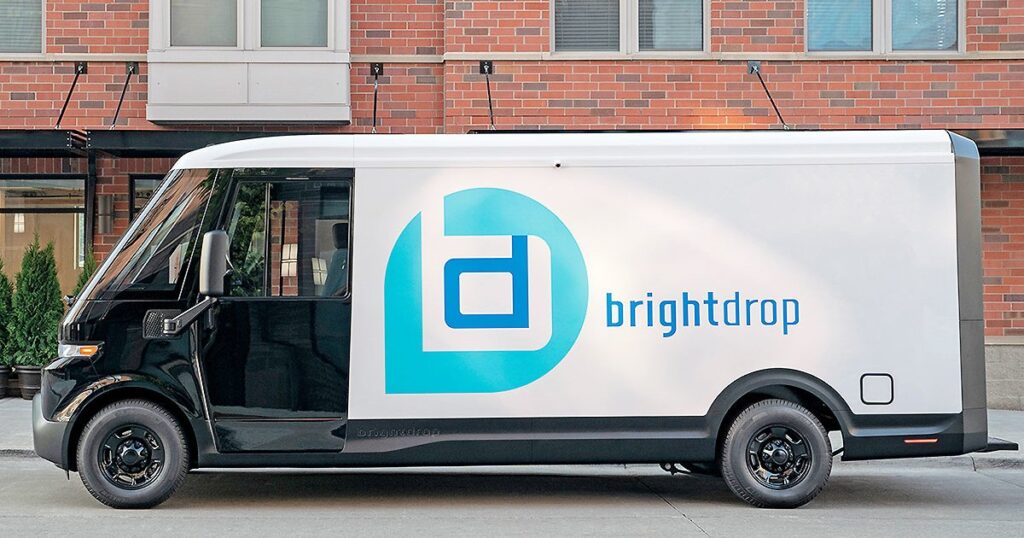 
“The demand for electric vehicles [is] only growing to replace and supplement the existing fleet that’s out there,” Rachad Youssef, BrightDrop’s chief product officer, told Automotive News in June. “The key to our success is to not solve the problem by simply putting more vehicles on the road, but to really come up with more efficient systems. How would you redesign delivery if you were to dream it up today, knowing the impact and knowing the consumer demand that exists?”

Cruise, a self-driving technology company majority-owned by GM, is preparing to launch the Origin self-driving ride-hailing and delivery van next year. The company began commercial operations of its robotaxis in San Francisco this year.

BrightDrop Zevo 600: The Zevo 600 van includes 600 cubic feet of cargo space and is designed for long-range deliveries. It has a range of up to 250 miles on a full charge, according to GM estimates. BrightDrop began Zevo 600 deliveries to FedEx Express this year. The van is unlikely to be updated before 2026.

BrightDrop Zevo 400: The Zevo 400 van, slated to launch in late 2023, includes more than 400 cubic feet of cargo space and is designed for smaller, more frequent deliveries, such as grocery dropoffs and telecom maintenance.