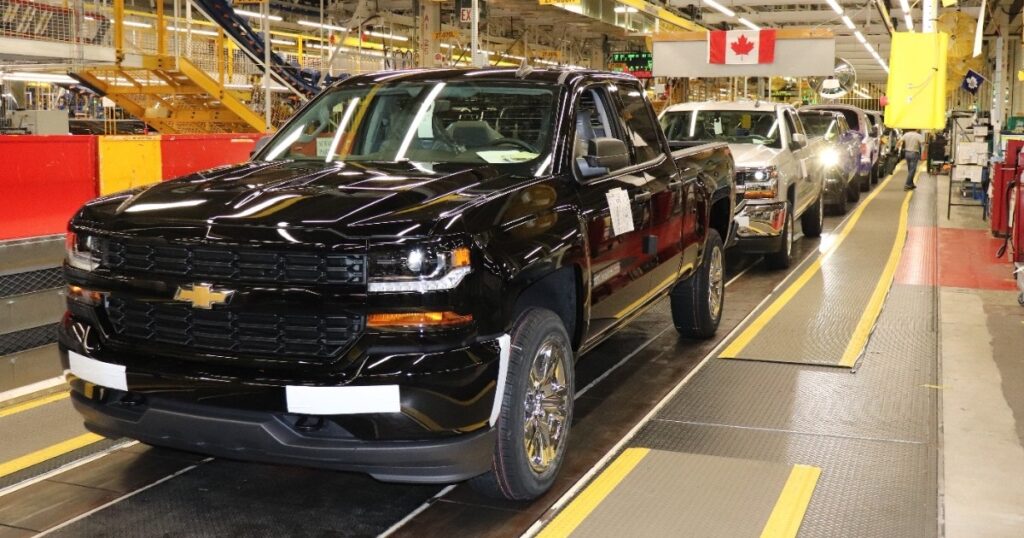 GM’s commitment to Canada is more than a catchphrase


Was it simply spontaneous conversation? A marketing ploy? A clever — but perhaps contrived — comment, planned specifically for a podcast West knew would be heard by suppliers, dealers and advertisers?

We’ll never really know the genesis of her quip, but it made my ears perk up. It’s a classic sound bite made for today’s 280-character, sound bite world. But it made others in my journalistic circle roll their eyes.

However you hear the words, they ring true. More so now than almost ever.

But, since then, it has reopened Oshawa, which is now building pickups on three shifts. In March, GM announced it’s returning to Quebec with a plant in Bécancour that will process active electric-vehicle battery materials. It’s also retooling the CAMI assembly plant in Ingersoll, Ont., to build electric commercial vans.

The Detroit-based automaker also operates the GM Technical Centre in Markham, Ont., where nearly 1,200 engineers work on vehicle software and test the technology on the new CTC McLaughlin Advanced Technology Track in Oshawa, which opened in 2021.

In a matter of three years, General Motors went from villain to saviour.

At one time, Unifor, which represents hourly workers at the automaker, was calling for a boycott, buying full-page ads in U.S. newspapers to shame GM.

Today, the automaker is filled to the brim with unionized workers in Oshawa. And the hiring of 1,200 engineers West mentioned on the podcast exceeds early GM estimates ranging from 700 to 1,000.

“We’ve certainly made a commitment to Canada, and we’ve been working in concert with the government on these investments. I think it’s safe to say we’re here to stay.”

That’s something that couldn’t be said back in 2019.

So even if West’s comment about “a little bit of Canada” being in every GM vehicle came from someone the likes of TV’s Don Draper (“Mad Men”), I think it’s earned. And true. And that makes it just fine by me.