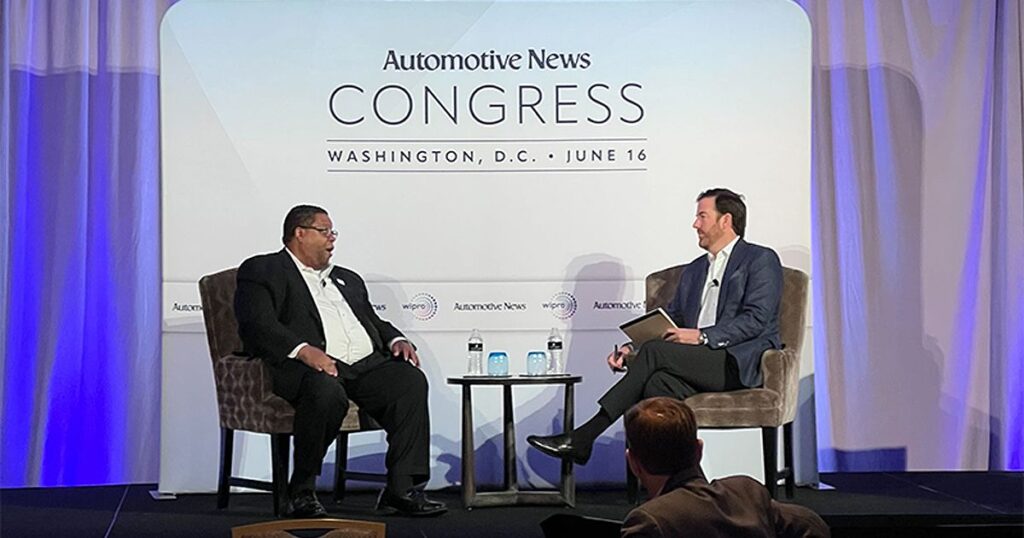 
The $7,500 consumer EV tax credit expires after an automaker sells 200,000 qualifying vehicles. GM and Tesla have reached their incentive limit and are no longer eligible.

GM, Ford Motor Co., Stellantis and Toyota Motor North America on Monday pushed Congress to remove the cap on the tax credit. The automakers’ CEOs asked for the revision in a joint letter to Congress, citing higher costs to build EVs.

The EV tax credit is also important to making EVs affordable for consumers, Strickland said. GM executives have reiterated that the company will build an EV for every buyer. Chevrolet said this month that it would reduce the price of the 2023 Bolt EV and EUV by about $6,000, and GM and Honda Motor Co. have announced plans to jointly develop a line of millions of affordable EVs starting in 2027.

Strickland has more than two decades of experience working in government and regulatory affairs. Before joining GM, he was staff director of the U.S. Senate Committee on Commerce, Science and Transportation, and he was administrator of NHTSA from 2010 until 2014.

He says an “overall ecosystem” of changes is needed to prepare the industry for electric and autonomous vehicles, rather than one particular bill or policy.

GM has outlined a vision of zero crashes, zero emissions and zero congestion. In Washington, “anything that allows us a pathway to achieve [that vision] is something that we welcome,” Strickland said.

The automaker plans to make its light-vehicle portfolio all-electric by 2035 and has worked on autonomous and driver-assist technology through Super Cruise, its hands-free driving technology, and self-driving startup Cruise, which GM majority owns. Cruise said this month that it received the final permit necessary to offer its robotaxi service to paying customers in San Francisco.

“There’s going to be a point in individual mobility where people won’t be dying in crashes,” Strickland said. “Anything we do as company to get there … that’s a win.”