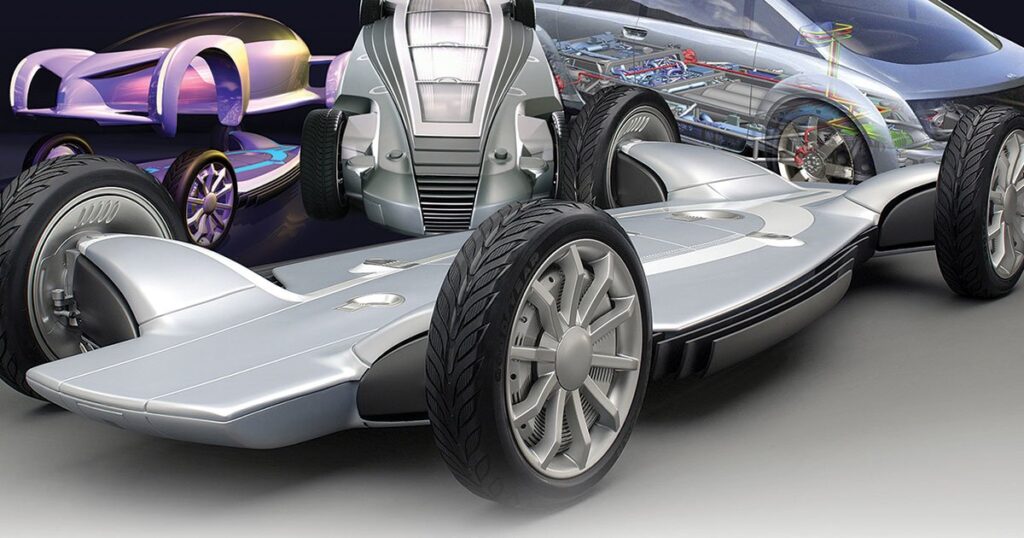 History of the EV skateboard chassis


“The architecture doesn’t interfere with the top hat of the vehicle,” said Mike Simcoe, global vice president of design at GM. “Structurally, the skateboard effectively stops at the floorpan. And so everything above that is free. In a traditional build, things like the cowl and dash panel and the front hinge pillars are controlled by things coming out of the chassis, such as engines, fuel tanks, etc. But in a skateboard, it’s all down low, and you’ve got more freedom.

“You … express it by proportion. You can do a long dash-to-axle, you can do a tall vehicle. It’s all governed by the H-point,” he said, referring to the theoretical pivoting point of a passenger’s hip, which influences everything from roof height to interior space to ease of entry and exit.

Some of the latest EVs, such as the Lucid Air, Rivian R1T and upcoming Cadillac Celestiq, demonstrate the advantage of the skateboard chassis. These vehicles have generous interior space relative to their body sizes, and in the case of the Rivian’s pickup, ample storage areas not available in body-on-frame trucks.

Because electric motors are smaller than gasoline engines and require fewer umbilicals, such as cooling and exhaust hookups, engineers can put drive motors in the front axle, in the rear axle, or both in the case of all-wheel-drive vehicles. If the Lordstown Endurance pickup launches, it will be the first modern regular production vehicle to have the motors in the wheel hubs. The Endurance has its battery pack mounted between the frame rails, though it still uses a fairly traditional rugged steel truck frame.

Roush’s Fraker believes one of the skateboard’s limitations is that it isn’t suited to replace the frames used on hardworking vehicles, such as heavy- duty trucks that haul huge loads.

“I think it will be quite a few years before we see significant trucks that handle large loads go to the skateboard,” he said. Those frame rails give us excellent strength, and I think they will persevere in the commercial market. But everything in the lighter classes, you will see more integration of the battery and the vehicle.”

Lindsay Brooke, editor of SAE International, the magazine of the organization formerly known as the Society of Automotive Engineers, says designers can create longer vehicles on the skateboard chassis, and engineers can easily accommodate those changes without disrupting the assembly lines. But the width of a skateboard vehicle is not as flexible.