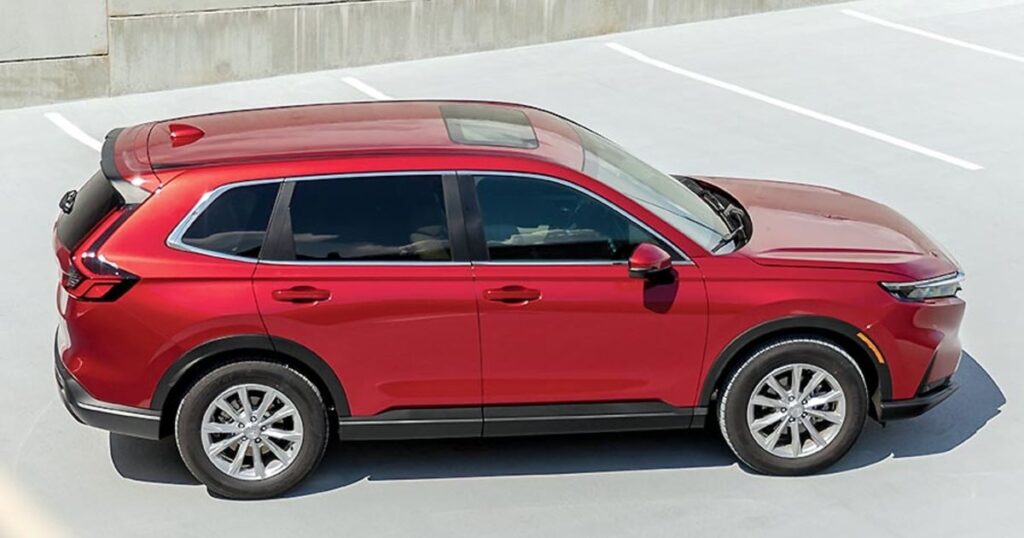 
Honda will use its forthcoming CR-V Hybrid to hold onto EV-minded buyers until its Prologue electric crossover arrives at U.S. dealerships in 2024.

Shoppers for the hybrid compact crossover, which goes on sale this fall in two well-equipped trims, the Sport and Sport Touring, will be able to opt into a two-year lease that will let them easily swap into a Prologue electric vehicle when it reaches dealership lots.

While final details have not been worked out, “there will be some sort of benefit to purchasers of the Prologue from having taken the lease, whether it’s a financial incentive or something else,” said Gary Robinson, American Honda’s assistant vice president of product planning.

Robinson said the CR-V serves as a steppingstone to other Honda crossovers. “About 60 percent of CR-V buyers are repeat Honda customers,” he said. “They’re buyers who continue to stay in the brand.”

Honda predicts that half of all CR-V buyers will choose the hybrid variant when it becomes available.

“We really see Prologue as another natural progression for our CR-V buyers,” Robinson said.

There is one catch: The short-term CR-V lease is only available to buyers in states that have adopted the zero-emission vehicle program. Those are: California, Colorado, Connecticut, Maine, Maryland, Massachusetts, Minnesota, New Jersey, Nevada, New Mexico, New York, Oregon, Rhode Island, Vermont, Virginia and Washington.

Dave Gardner, executive vice president of business and sales for American Honda Motor Co., has said that Honda will take a phased approach to its rollout of EVs and that dealers in ZEV states will move much faster.

Honda has an aggressive plan to transition to all electric vehicle sales by 2040, even though the automaker’s first EV won’t arrive for two years.

The Prologue represents the first phase of the plan. It is co-developed with General Motors and will leverage the Detroit automaker’s vehicle architecture and Ultium battery pack. Acura also will debut an electric crossover based on GM’s EV platform called the ZDX in the same time frame.