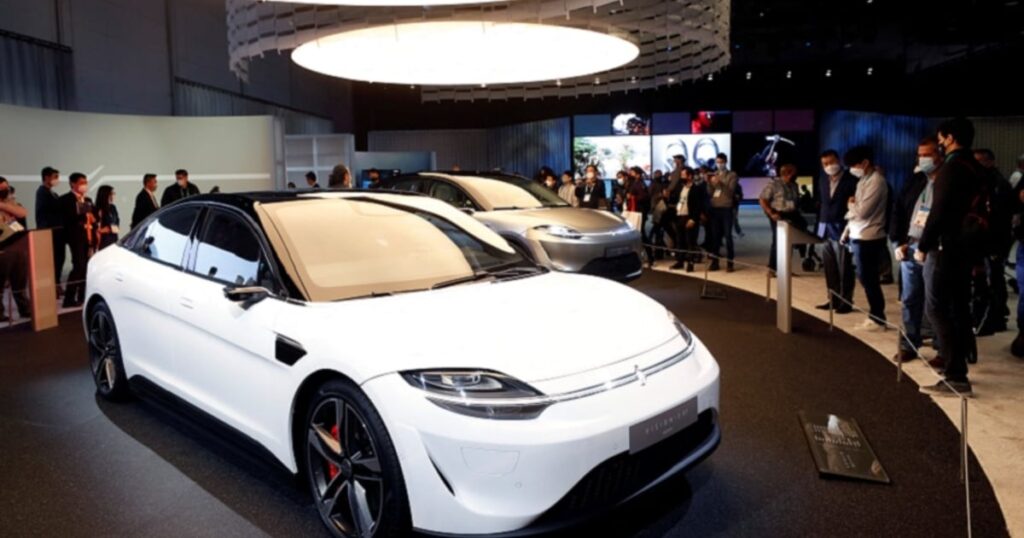 
TOKYO – Honda dealers in the U.S. will likely have a hand in servicing, but not selling, the new wave of electric vehicles coming from the company’s new joint venture with Sony.

That’s the message from Honda executives at headquarters in Japan.

Speaking at the company’s financial results announcement Wednesday, CFO Kohei Takeuchi said the sales model will be a completely new one, echoing early talk of an online approach.

“It will be something unconventional, not Sony, not Honda, but something new,” he said.

Takeuchi said the sales and servicing plan is still under discussion. But he added Honda has a network of more than 1,000 U.S. dealers who are well situated to service the new cars.

Honda’s U.S. dealers raised questions about the new venture, saying they wanted a piece of the action.

Ongoing shortages of semiconductors specifically needed for the Civic small car and CR-V crossover have forced the Japanese carmaker to lower its regional sales forecast.

Meanwhile, the company says inflation and recession talk in the U.S. are likely to hit market sentiment. For the time being, Honda thinks demand remains strong for its vehicles, thanks largely to the fact that pinched production has whittled down inventories.

But Takeuchi warned that the softening economy is a risk to watch.

Honda is having trouble sourcing specific chips needed for the Civic and CR-V in North America, two of the company’s most popular nameplates.

“The worst of the period is over,” Takeuchi said of the global semiconductor crunch. “But there are still shortages of specific applications.”

But the beneficial foreign exchange rates offered a big tailwind for Japan’s No. 2 automaker.

The yen’s dramatic weakening against the U.S. dollar and other currencies added 89.0 billion yen ($615.9 million) to the bottom line in the July-September period. The forex gains offset sliding sales and rising expenses to drive Honda to a quarterly profit increase.

The yen’s weakening against the U.S. dollar boosts the value of earnings repatriated to Japan. The currency has lost 28 percent of its value against the dollar since Jan. 1.

Revenue reached a record high in the period. But because it was fueled by exchange rates, not by unit sales, Operating Officer Eiji

Fujimura said the record was nothing to be proud about.
Net income climbed 14 percent to 110.9 billion yen ($767.4 million) from a year earlier.

Because of the weakening yen, Honda also lifted its outlook for the full fiscal year ending March 31, 2023. It now anticipates higher than earlier forecast operating profit and net income.

Honda cut 100,000 vehicles from its global full fiscal year outlook to 4.1 million, due to parts shortages. But the revision still marks a 0.6 percent increase over the previous year’s result.

PrevPreviousRivian is under pressure to boost output, maintain demand
NextCanadian Ford dealers have until Dec. 16 to enroll in $1.3M EV upgrade programNext