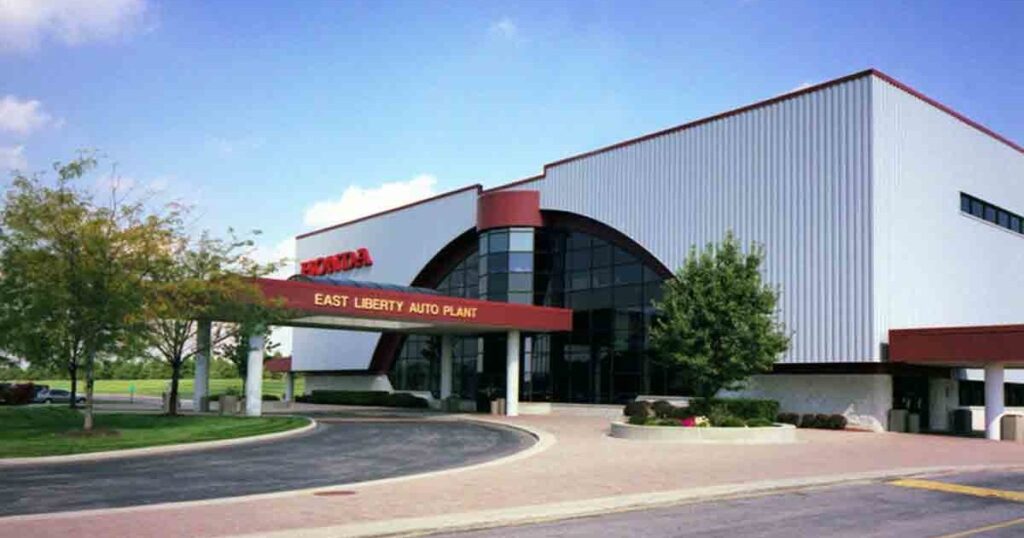 The state serves as the ideal starting point for EV production because of Honda’s existing “experience, expertise and resources,” Nelson said.

Honda plans to break ground on the new battery plant in early 2023 and will complete the project by the end of 2024. By the end of 2025, it will begin mass production of lithium ion battery modules, with the capacity to churn out 40 gigawatt-hours per year.

The battery case will be built at Anna Engine and then combined with the modules from the new battery plant on a sub-assembly line at Marysville. The complete battery unit will also be installed in EVs built at both Marysville and East Liberty.

The combined project will enable Honda to roll out EVs based on its own Honda e:Architecture by 2026, separate from its arrangement with GM. The introduction of that architecture is a critical step in the automaker’s goal of converting all of its autos from gas to battery or fuel cell electric by 2040 in North America.

Honda plans to make 80 percent of its combined sales zero-emissions by 2035. That timing is in line with the phasing out of gas-powered vehicles in California and possibly other states to follow. California will require that by 2035, all new vehicles sold in the state must be zero-emissions, with the exception that 20 percent can be plug-in electric vehicles.

Honda’s move to assemble batteries stateside also enables its vehicles to qualify for some, or eventually all, of a federal $7,500 tax credit for EVs under the Inflation Reduction Act. The new law requires EVs to be manufactured in North America, using batteries with local assembly and materials, to be eligible for the credit.

But Nelson said Honda’s agenda is not motivated by state or federal mandates, but by the company’s own target to achieve carbon neutrality for all products and corporate activities globally by 2050, an ambitious goal set by the world’s largest maker of internal combustion engines.

“It is really a strategy that started with the announcement from our CEO, Mr. [Toshihiro] Mibe, about our direction…and he did talk about our dedicated EV production in North America,” Nelson said.

“We do recognize the Inflation Reduction Act has some opportunities that we need to look at, but it wasn’t driven by that,” Nelson said.

Honda will initially launch two EVs — the Honda Prologue and the Acura ZDX — both codeveloped by GM using its architecture powered by Ultium battery packs. The companies have not announced where those two vehicles will be produced in North America.

Honda also is planning a second collaboration with GM to produce and sell a new series of “affordable EVs” starting in 2027. Those later vehicles will be built by Honda somewhere in North America.

Honda does not have any EVs for sale in the U.S. market, but it plans to offer customers in 14 ZEV states a special two-year lease of its forthcoming CR-V hybrid. That short-term lease will help ensure EV-minded shoppers will not defect from the brand while Honda gets the Prologue ready for sale in 2024.