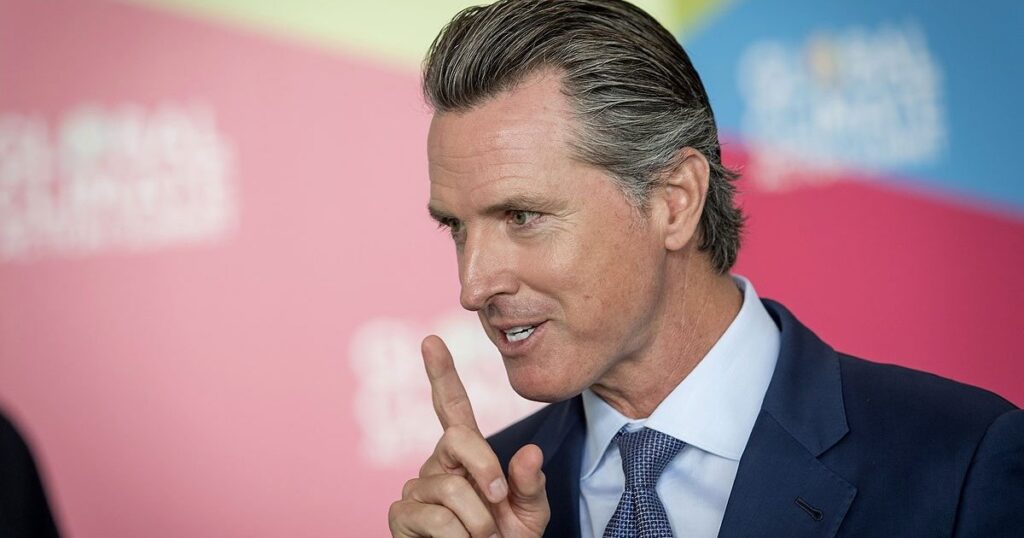 
California is poised to phase out sales of nearly all new, gas-burning cars by 2035 under rules regulators are expected to approve Thursday, a move that could dramatically accelerate the transition to electric vehicles nationwide if other states follow suit.

Democrat Gov. Gavin Newsom first announced the 2035 goal in an executive order two years ago, but the new rules would set a firm timetable for reaching it, requiring automakers to steadily increase their sales of zero-emission cars in the nation’s largest auto market.

The law is similar to a mandate the Canadian federal government now has in place.

And because 17 other states typically follow California’s auto-emissions standards, Thursday’s vote by the California Air Resources Board could reverberate far beyond the Golden State’s borders, forcing the auto industry to speed up its switch to EVs.

It could also burnish Newsom’s climate-change credentials at a time when the governor is widely believed to be weighing a run for the White House.

California, birthplace of Tesla Inc., has long been the nation’s top market for EVs, and they account for 15 per cent of new cars registered in the state this year, according to the California New Car Dealers Association.

The proposed regulations would set annual targets for boosting that per centage, starting at 35 per cent in 2026 and hitting 68 per cent in 2030. Plug-in hydrids, which switch between electricity and gas, and hydrogen fuel-cell cars would also count toward those goals. California already has its own clean-vehicle incentive program, offering rebates of as much as $7,000 (all figures in USD) toward the purchase of zero-emission vehicles, although cars costing more than $45,000 don’t qualify.

The move would dovetail with President Joe Biden’s efforts to push EV sales. The Inflation Reduction Act he signed last week includes tax credits of up to $7,500 to EV buyers, although income restrictions apply. And last year’s infrastructure law included $5 billion to build a nationwide network of charging stations along major highways, to convince drivers they won’t get stranded without power on a trip if they make the switch.

While most automakers have announced plans to ramp up production of EVs, the industry has expressed concern about getting locked into specific timelines for their adoption and that many consumers may not be ready to ditch gasoline.

Electrics made up less than six per cent of new car sales in the first half of this year, according to the Edmunds automotive information service. And EV prices, already higher than gas-powered cars, are rising as the war in Ukraine, supply chain problems and rising demand make the metals inside their rechargeable batteries more expensive.

“It’s a worthy goal, but may be unrealistic given the charging infrastructure and likely increasing demand for power,” Brian Moody, executive editor for Kelley Blue Book and Autotrader, said in an emailed statement.

“If automakers can pick up production, sufficient investments are made in charging infrastructure and the power grid, and financial incentives can be made more available, this milestone should be achievable—if not surpassable,” said Caldwell, the company’s executive director of insights.

PrevPreviousOxbotica plants its North American AV flag in Toronto
NextU.S. economic growth has continued this year, by one official measure.Next