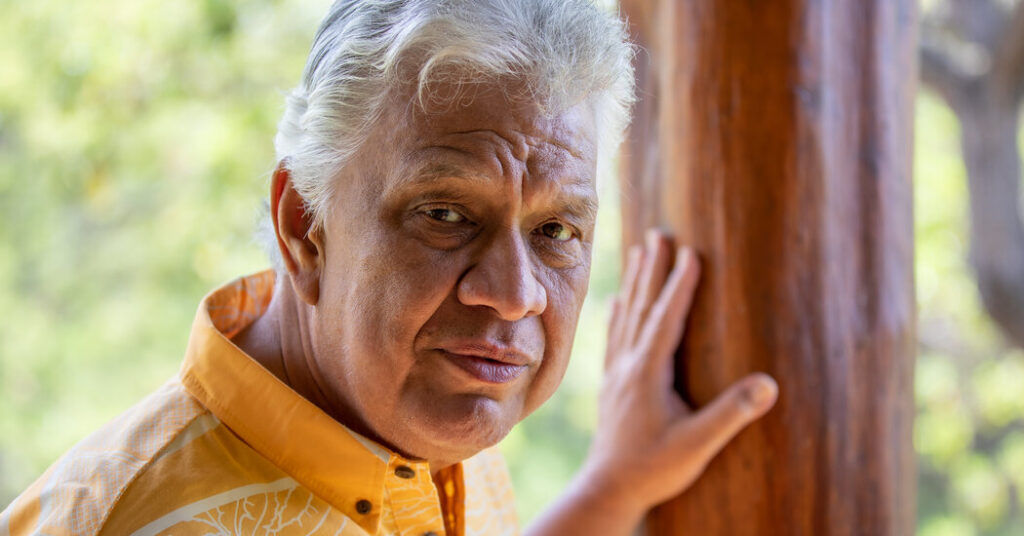 How Can Hawaii Balance Tourism and Culture?


When John De Fries’s mother was in high school in the 1940s, she was forbidden from dancing the hula and speaking Hawaiian, the language of her ancestors. The school she attended was for children of Hawaiian descent, but instead of encouraging students to embrace that heritage, it tried to erase it.

“That whole generation was the byproduct of this sweeping Americanization, Westernization,” Mr. De Fries recalled recently. “What’s ironic is that, 51 years later, my mother’s great-granddaughter graduated from the same school. And by then, fluency in native Hawaiian had become a requirement — but it took half a century to get there.”

In September 2020, when Hawaii’s tourism industry was in pandemic-induced free fall, Mr. De Fries took over the top tourism role in his home state, becoming the first native Hawaiian to hold the position. As the president and chief executive of the Hawaii Tourism Authority, he is now responsible for supporting the industry that, before the pandemic, brought in $2 billion in state tax revenue and employed more than 200,000 people.

The position he holds has recently been in flux, Mr. De Fries told me when I reached him on a video call at his home on the Big Island. A few years ago, H.T.A.’s main job was to brand Hawaii and market the islands to potential visitors. The agency still does those things, but these days its official remit has expanded to include natural resources, community — and Hawaiian culture.

Over the course of our conversation, Mr. De Fries, 71, described how the lessons he learned as a child in Waikiki inform his work, what it felt like when Hawaii was empty of tourists and why he got hooked on the television show “The White Lotus,” which takes place in Hawaii.

Our conversation has been edited for length and clarity.

You grew up in Waikiki in the 1950s. How does that experience inform your work?

I was born and raised two blocks from Waikiki Beach, a half-block from Honolulu Zoo, so literally about 2,000 yards from the foot of Diamond Head. The waters there had been my family’s fishing grounds for a century before I was born, and when I was growing up, we would fish them every week. What I learned as a kid was that Waikiki was first a source of food, then it was a source of medicine — from seaweeds and sea urchins and other things — and then it was a place of recreation and well-being. There was a hierarchical order there: food, medicine, recreation. But in the development of Waikiki, we inverted that order, and we put recreation on top.

So as we think about creating a regenerative model for tourism, we have to go back to lessons that we were learning back in the day. Native Hawaiians always understood that their ability to sustain life in the middle of the Pacific had to do with living inside the boundaries of the natural environment. So when I look at the future and the opportunities we have for tourism, I don’t see how we do it at scale unless we start to evolve a 21st-century version of that kind of thinking. Not everybody in the industry is ready for that, but I don’t think we have a choice.

Did the pandemic shift local attitudes toward Hawaii’s tourists?

We ended 2019 with a record number of visitor arrivals: 10.4 million. And six months later, in July 2020, visitor arrivals were hovering around zero. I remember I was standing on Kalakaua Avenue in Waikiki one night at 9 p.m., and there was not a single moving vehicle in either direction. It felt like a film set, frankly — it was eerie. An economic collapse of that scale is like a large building collapsing in on itself, and people are trapped underneath. People are getting hurt.

But at the same time, for the local community, it was euphoric, right? No traffic. No crowds at the beach. The beach parks were open. The forest trails were open. And local residents felt like we got our islands back. I experienced the euphoria, too. But I also knew it was like the equivalent of a sugar high, because there was this whole massive body of work that we would have to do to get this system re-erected.

So how do you rebuild tourism in a way that works for everyone?

Each island has developed its own action plan, so the answer to that question is going to be very island specific. The committees that developed those plans were very diverse — you might have had a restaurant owner, a schoolteacher, a hotel owner. The whole intent of that planning process was to give the community the chance to codesign and co-define what a sustainable model of tourism might look like. But in general, you’re going to have people who think 6 million visitors a year is enough. And you’re going to have others saying we can do 10 million again. So there’s that kind of tension in that debate, but there’s also an agreement to be open-minded and civil in the discussion.

“The White Lotus,” a television show set in a fictional Hawaiian resort, has attracted a lot of attention recently. Have you seen the show?

I watched the first episode and I thought to myself, “This is completely ludicrous.” And then I couldn’t stop watching it. My wife and I just became kind of hooked on it, because boy was it close to some experiences I’ve had. Knowing full well that there’s creative license taken in it, I thought they did a great job. In particular, when the young woman is having a discussion with the local guy who’s in the luau show and she recognizes that the culture is being marginalized and she’s asking, “How can this happen?” Those are alarm bells that have been going off on the ground here for quite some time. There’s a whole conversation about how to build people’s capacity to deliver authentic cultural experiences and derive financial benefit for themselves and their families — but without making people feel like they’re having to surrender their own power.

How do you create cultural experiences for tourists that don’t feel exploitative?

People need to feel their cultural identity and way of living is in fact being valued. And I’m optimistic about it because I believe the market is going to help drive this change. You cannot counterfeit culture; you can attempt to, but you’re not going to be successful. So when the market starts calling for more authentic cultural experiences, it will begin to make commercial sense. Because in order to shift a system of this scale, the commercial drivers become really important.

You know, local residents have a responsibility to host visitors in a way that is appropriate. Conversely, visitors have a responsibility to be aware that their destination is someone’s home, someone’s neighborhood, someone’s community. Approaching travel in that way will produce better experiences for both the visitor and the local resident, so I would encourage everyone to keep that in mind. And enjoy your mai tai at sunset! Don’t forget that.

Paige McClanahan, a regular contributor to the Travel section, is also the host of The Better Travel Podcast.