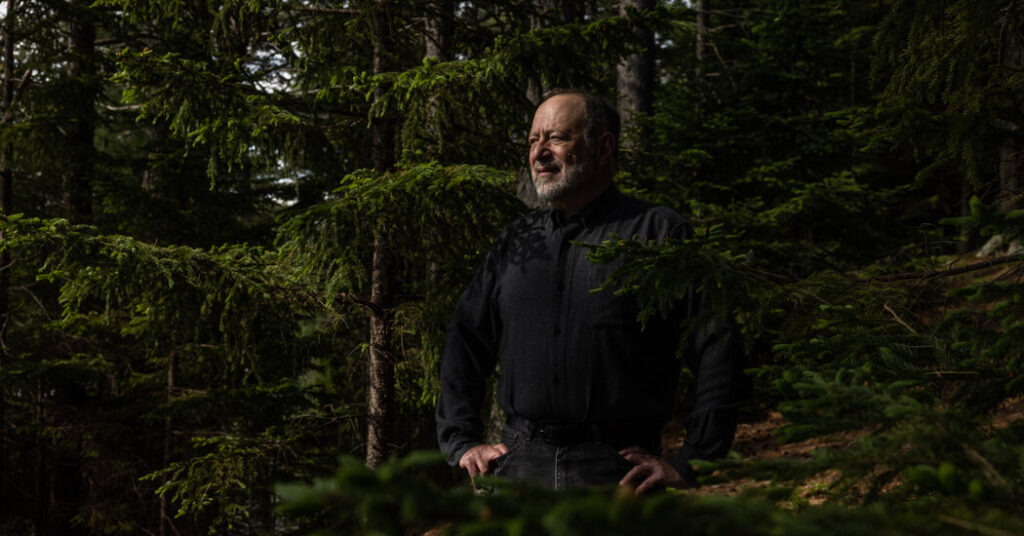 How Software Is Stifling Competition and Slowing Innovation


More than a decade ago, Marc Andreessen, the internet entrepreneur and venture capitalist, famously declared, “Software is eating the world.”

The winners, Mr. Andreessen wrote in The Wall Street Journal, would be mainly “entrepreneurial technology companies that are invading and overturning established industry structures.”

His essay was a distillation of a long-held article of faith in Silicon Valley.

Clearly, some traditional businesses such as advertising and retailing have been upended by software-fueled companies like Google, Facebook and Amazon, the new giants on the corporate landscape.

But there is also a very different software story, according to James Bessen, executive director of the Technology & Policy Research Initiative at the Boston University School of Law.

In a new book, Mr. Bessen challenges what he terms the “disruption myth.” He makes the case that big companies in one industry after another have built complex software systems for managing their sales, marketing, operations and product offerings that are essentially moats against competitors.

“This is a broad swath of the economy — way beyond a handful of big tech companies in Silicon Valley,” Mr. Bessen said. “There is an advantage to software that economists haven’t really reckoned with yet. Software isn’t accelerating creative destruction today. Software is suppressing it.”

Mr. Bessen brings an unusual perspective to his economic analysis. He is a former software entrepreneur from the personal computer era who founded an early desktop publishing software company, which he ran for a decade. When he sold his venture to a larger company in 1993, he made millions. It was pocket change by the standards of today’s tech start-ups, but it meant career freedom for Mr. Bessen.

Mr. Bessen then got in touch with his former roommate at Harvard University, Eric Maskin, who had become an economics professor at their alma mater. Mr. Bessen explained that he had ideas about the software industry that might be of interest to economists, Mr. Maskin recalled. The two went on to write a research paper on why patents often worked against innovation in software, an industry that prospered when information was shared.

The joint study helped start Mr. Bessen’s career as an academic. His research has focused mainly on the economics of innovation and the broad impact of technology. The title of his book, “The New Goliaths: How Corporations Use Software to Dominate Industries, Kill Innovation, and Undermine Regulation” (Yale University Press), suggests a strident critic. But his past research has also come down on the side of technology.

In 2015, amid rising concerns that automation was a job killer, Mr. Bessen published a paper that examined the impact of computer automation on 317 occupations from 1980 through 2013. His summary conclusion: “Employment grows significantly faster in occupations that use computers more.”

Mr. Bessen himself is an entrepreneurial outsider to the field of economics. He has forged an unorthodox career in academia, rising to prominence gradually over the years, one intriguing research project at a time. He has become respected in economic circles without a Ph.D.

“Jim’s not a professionally trained economist, so he has an original take,” said Mr. Maskin, his former college roommate, who won a Nobel Prize in economics in 2007. “That’s played to his advantage and to the profession’s advantage.”

Blending data analysis with narrative case studies is the hallmark of Mr. Bessen’s research. He is a business historian and a fluid writer. His book contains accounts of the evolving use of software in many industries, including autos, banking, retailing, insurance, garbage hauling, logistics and trucking.

Mr. Bessen’s observations about increasing market concentration, rising inequality, and slowing innovation and productivity echo those of other researchers. Most of those studies, though, are high-level economic research.

His focus is a more detailed look within industries and at individual companies, seeking the underlying technology engine behind the broad economic trends.

“He has a new, complementary perspective on what we’re seeing,” said Chiara Criscuolo, an economist at the Organization for Economic Cooperation and Development. “It gives you much more of the mechanism for why we got to where we got.”

That mechanism is what Mr. Bessen calls “proprietary software.” He defines it broadly as not only code but also the data that companies collect on their customers and operations, the skills of their workers and the organizational changes they have made to exploit the technology.

His measure of proprietary software does not include spending on the standard business software from companies like Oracle, SAP and Salesforce. Instead, it is the investment that companies make in custom software from those suppliers and others, and in their own in-house applications. Some of the software may be freely available open-source code, he notes, but the overall system is closed.

Mr. Bessen’s analysis is based on government and industry data, supplemented by information on jobs and salary estimates from Lightcast, a labor market research firm, which recently changed its name from Emsi Burning Glass. The total investment in proprietary software grew 74 percent to $239 billion over the decade that ended in 2019, the most recent government statistics. The big companies use this technology to manage complexity and gain competitive advantage, according to Mr. Bessen.

The big banks use their software and customer data to customize credit card offerings to individuals in a way that smaller rivals cannot. Walmart and Amazon use their proprietary software to streamline logistics and personalize marketing. Google and Facebook use it to target ads.

Insurers use it to tailor and market health plans to individuals. Pharmacy benefit management companies use it to navigate the complexity of drug reimbursement plans. And the list goes on. Evidence of the proprietary software advantage is abundant and convincing, in Mr. Bessen’s view.

The software-enabled winners in industries are more productive than their smaller rivals, and they pay more — 17 percent more on average for the same jobs, Mr. Bessen estimates.

But their success, he argues, has come at too great a price. Competition has suffered. Since the late 1990s, the chances of unseating a dominant firm — typically, one of the top four by sales in an industry — has declined by half. And technology, he contends, is spreading and being adopted across industries more slowly than in the past, which exacerbates the trends of inequality and market concentration.

His policy answer is not to break up dominant companies, but to nudge or force them to open up. For example, IBM, under antitrust pressure, unbundled its software from its hardware business in 1969. That move, Mr. Bessen writes, led to a flourishing software industry.

Today’s proprietary platforms, he asserts, could be opened through access to their software platforms or to customer data they have harvested — a prescription that policymakers in Europe and America are considering.

Mr. Bessen points to a seemingly unlikely protagonist: Amazon. Opening its computing infrastructure, he said, created the cloud computing industry. “In some ways,” he said, “Amazon is a model of what I’d like to see other firms do,” though with appropriate regulatory oversight.

One critique of Mr. Bessen’s analysis is that he is observing a wave of technology adoption that still has a long way to run, and that his concerns are overstated.

“These superstar firms are very productive,” said Robert Atkinson, president of the Information Technology and Innovation Foundation, a policy research group. “The question is why aren’t other companies as productive yet?” He added that they were likely to catch up.

And seemingly entrenched companies are not immune to truly innovative, technology-powered newcomers: Amazon challenging Walmart in retailing, and Tesla taking on the Detroit automakers, for example.

Both are exceptions, but ones that partly support his argument, Mr. Bessen insists. Both have become powerhouse corporations, he said, largely because of their prowess in designing and exploiting complex software.

“Technology,” Mr. Bessen said, “is playing a different role than it has in the past — less to disrupt than entrench.”