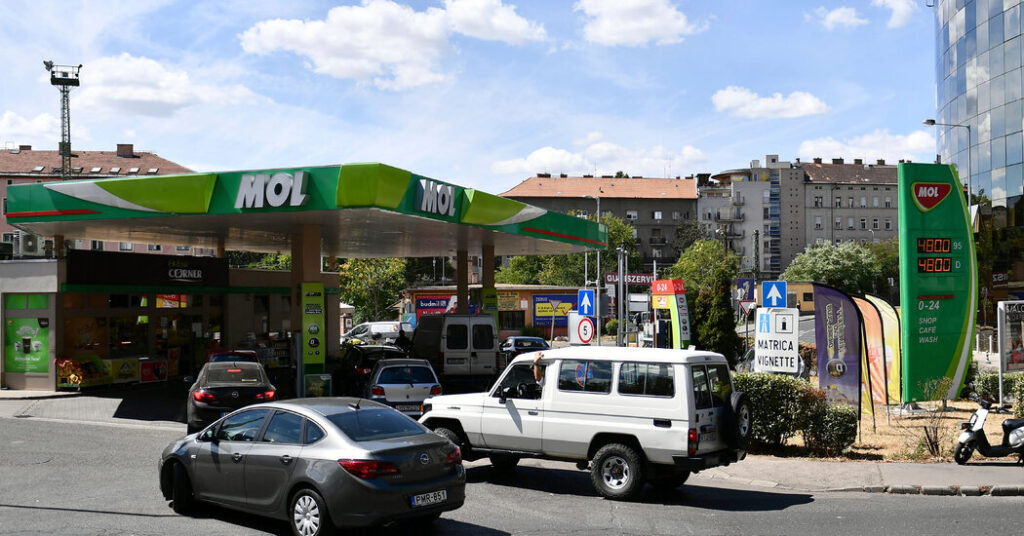 
BERLIN — Hungary’s main oil conglomerate said on Wednesday that it would pay an outstanding bill owed by Russia’s oil pipeline operator to the Ukrainian authorities, clearing the way for Russian oil deliveries to resume to three Central European countries.

Analysts described the financial arrangement as an unexpected boomerang effect of sanctions imposed on Moscow.

The conglomerate, MOL Group, an administrator of the Hungarian arm of the Druzhba, or Friendship, pipeline, said on Wednesday that it had “transferred the fee due for the use of the Ukrainian section of the pipeline.”

Ukraine pledged to resume deliveries of Russian crude to the three countries, Hungary, Slovakia and Czech Republic, “within a matter of days,” MOL said.

The authorities in those three countries said on Tuesday that Russian oil deliveries from the pipeline had stopped last week over “technical” banking issues linked to the sanctions that Europe had imposed on Russia to punish it for invading Ukraine in February.

“This seems to be just another example of the ‘friendly fire’ from the sanctions that is going to hurt some European countries, in this case Hungary,” Vitaly Yermakov, a senior research fellow with Oxford Energy, said in an email. “Sanctioning economic activity is a blunt weapon that can have unintended consequences.”

Led by Hungary’s prime minister, Viktor Orban, the three countries had lobbied for oil delivered by pipeline, as opposed to by tankers, to be exempted from a European Union decision to start banning imports of Russian oil later this year.

All three rely heavily on Russian oil to fuel their economies, but none more so than Hungary. MOL, which is one of the country’s biggest and most profitable companies, announced in April that it would pay dividends of $652 million to shareholders.

Mr. Orban’s Fidesz party won a landslide victory in April elections on the promise that, thanks to cheap energy from Russia, gas and utility prices would not skyrocket as they had elsewhere in Europe. But this month, Mr. Orban’s government was forced to scrap a price cap on power for higher-use households, as the price of energy continued to climb.

Hungary, along with Slovakia and Czech Republic, sits at the end of the southern arm of the Druzhba pipeline. Mr. Yermakov said they had no viable alternatives to Russian oil in the short term.

Germany and Poland, at the northern end of the pipeline, have stopped purchasing Russian crude and instead have begun buying it from other providers and having it shipped to ports on their northern coasts.

A tanker carrying a shipment of U.S. sour crude, which is similar in grade to the Russian oil delivered through the Druzhba pipeline, arrived at the German port of Rostock last week, Reuters reported, citing analyst and vessel tracking data.

A pipeline connects Rostock’s oil terminal on the Baltic Sea to the two main refineries in eastern Germany, PCK refinery in Schwedt and Leuna, both of which depended on Russia for deliveries until the start of the war.