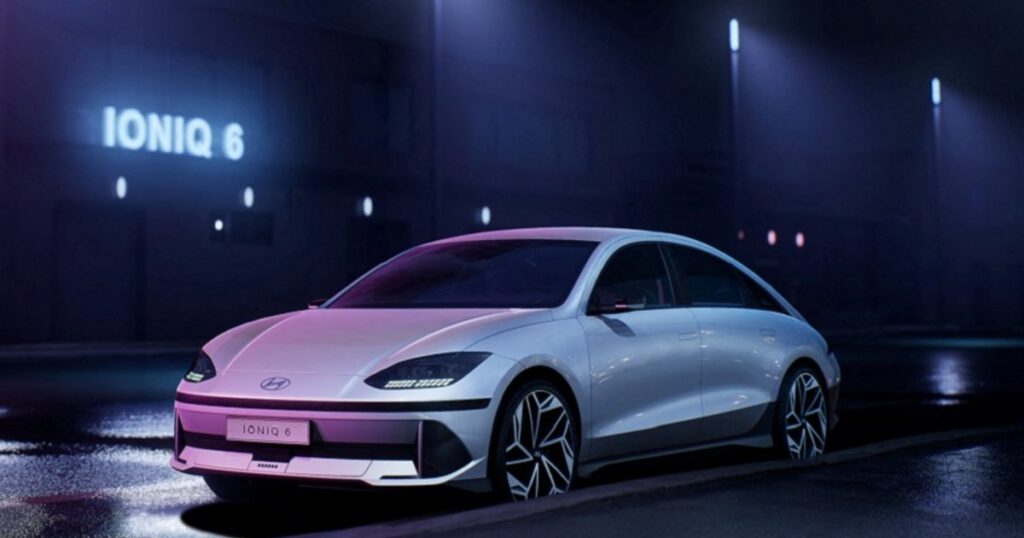 
“I’m positive about the Ioniq 6, especially in Europe because Ioniq 5 and Kia’s EV 6 were so popular there,” said Angela Hong, an analyst with Nomura in Seoul. “Hyundai’s EV margins don’t seem that bad so far because a weaker Korean won has offset losses from higher battery prices.”

The won has weakened about 10 percent against the dollar this year.

“Hyundai is changing so fast to win the race in EV industry, faster than other traditional carmakers,” said Woo Taek Hwang, a fund manager at Korea Investment Management Co. in Seoul. “The Ioniq series reminds me of Samsung’s Galaxy series, when Samsung was working extremely hard to catch up with Apple’s iPhones. Hyundai is becoming a fast follower for Tesla.”

The Ioniq 6 has similar autonomous driving features to the Ioniq 5, including Highway Driving Assist 2 and Blind-Spot Collision-Avoidance Assist.

The model’s seats are about 30 percent thinner than other models in the series, providing more legroom, while there are five USB ports and space next to the driver for a laptop. Some software can also be updated remotely, a first for Hyundai.