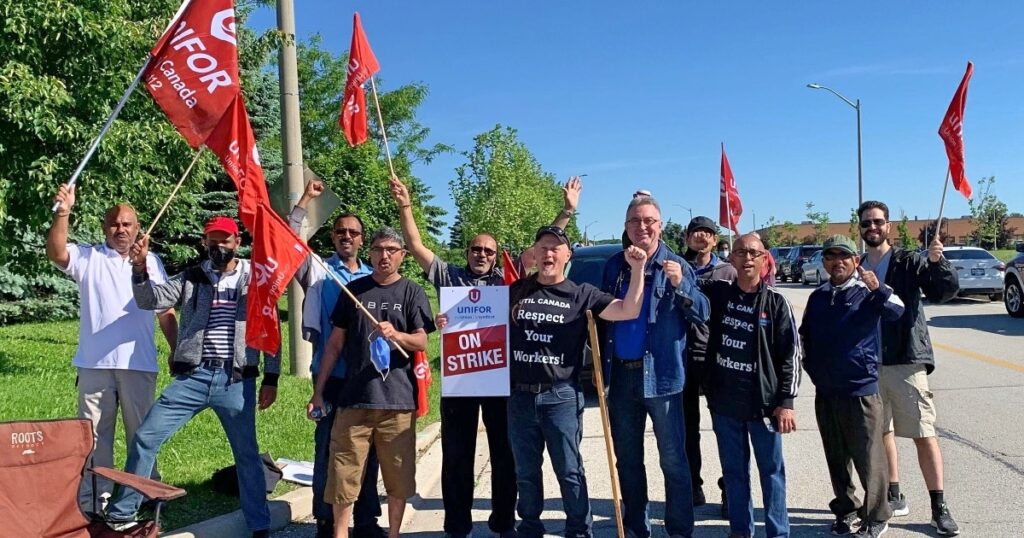 Inflation behind auto strikes and calls for wage hikes


Recent strikes at THK Rhythm Automotive in Tillsonburg, Pilkington Glass in Whitby and Util Canada in Vaughan were a reaction to rising costs for food, fuel and other necessities, said Shane Wark, who leads the automotive file at the union as assistant to the national president.

“[With high inflation], workers are, in my mind, rightfully demanding higher wages, and their expectations have gone up as a result,” Wark said.

Compared with May 2021, consumer prices were up 7.7 per cent. It’s the largest year-over-year increase since 1983, according to Statistics Canada.

As long as inflation stays high, Wark said, both union and nonunion workers are going to “demand more in terms of wages, and that may lead to more disputes.”

CAN’T KEEP UP WITH COSTS

So far, Wark said, Unifor negotiators have typically come away from the bargaining table with deals that please union members. But securing concessions from employers that match worker expectations has not been easy, he said.

“It’s really tough trying to meet the inflation target with the wage demands, but we’re doing the best we can.”

In some instances, Wark said, union leadership has taken workers out on strike to get a fairer deal. In other instances, members have turned down initial agreements, leaving the union to initiate a strike to try to improve the next settlement.

Employers recognize that “they’re going to have to offer higher wages than they otherwise would in a low-inflation environment,” Wark said, but suppliers remain “very resistant” to raising pay.

Although Unifor has about 120 bargaining units in the auto parts sector, unionized workforces are more the exception than the norm among Canadian suppliers. Nonunion staff make up 85 per cent of the supplier workforce in the country’s parts sector, said Flavio Volpe, head of the Automotive Parts Manufacturers’ Association (APMA).

To Volpe, that skew indicates that “parts suppliers are thoughtful and fair employers.” Many, he said, have already been raising wages for two key reasons.

“One, you want to make sure your employees have a proper living wage. An employee that’s worried about the bills is not going to be good for business in any case.

“And then No. 2, there is such a labour shortage out there, there’s increased competition to fill positions.”

APMA members are seeing wage pressures across the board, from entry-level to management roles, Volpe said.

Parts makers are not the only employers struggling to find workers. The Canadian unemployment rate reached a record low of 5.1 per cent in May.

Meantime, the rise of hybrid work environments has put suppliers at a disadvantage, Volpe said.

“[Employees] can’t work from home in manufacturing. So, while some industries might be able to succeed in their [compensation] package with a flex schedule, we can’t. That is making for a lot of very, very busy HR directors in automotive.”

The abrupt return of high inflation could also lead to long-term changes.

“I think workers are going to recognize … if they really want to be able to make any sort of important inroads or progress at their own workplace,” he said, “I think they’re going to come to the recognition that they’re going to have to do that through collective bargaining.”