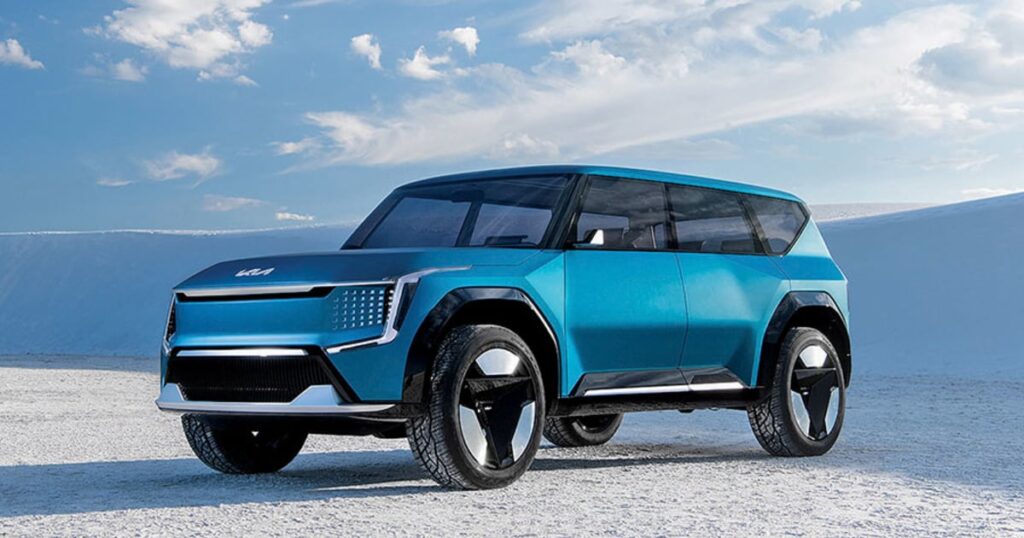 
Kia hasn’t said whether production of its EV9 three-row electric vehicle will be shifted to a U.S. factory from Korea when it comes online in the fall to qualify for $7,500 in federal tax credits. But James Morrell, chairman of the Kia Dealer Advisory Council, said there’s no way to deal with the new law without building the EV9 in the U.S.

The private reveal of the new EV9 at last year’s NADA meeting was the brand’s “biggest excitement,” said Morrell, who has been head of the dealer council since 2019.

“It’s an EV that people can get behind,” Morrell told Automotive News. “It’s not some wacky, small, futuristic-looking vehicle that’s only going to appeal to a small niche. It’s a seven-passenger SUV that’s electrified so there’s going be a huge demand for it.”

But the complex new requirements of the Inflation Reduction Act were a buzzkill on dealers’ anticipation.

“There’s a lot of trepidation from headquarters and from the dealers on introducing a new, much more expensive EV that was priced and marketed based on the benefit of the $7,500,” Morrell said.

Last year, Hyundai Motor Group committed to invest $5.5 billion in a U.S. electric vehicle and battery complex, what it’s calling its Metaplant, just outside Savannah, Ga. That plant will build Hyundai, Genesis and Kia electric vehicles starting in the first half of 2025. The batteries, which will come from an unknown supplier, won’t be ready until 2026.

Hyundai hasn’t said what vehicles will come from the Metaplant, but its schedule for opening is well after the EV9’s late 2023 start of production.