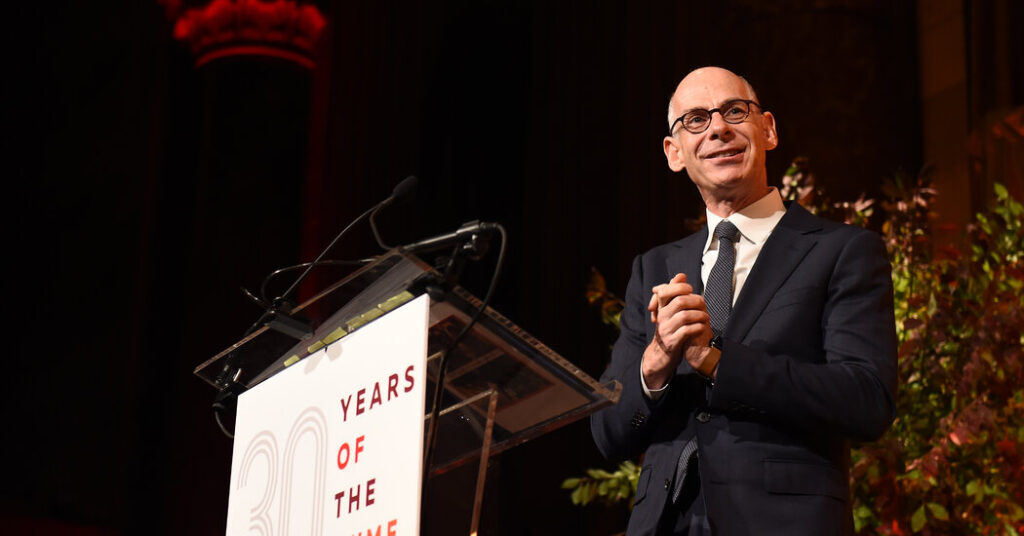 
As news organizations scrambled in 2017 to satisfy the bottomless appetite for information about the new president, James Goldston, the president of ABC News, declared the dawn of “a new golden age” in American journalism, with Donald J. Trump as its improbable catalyst.

Mr. Goldston, a native of Britain who had become a U.S. citizen only a few months before, said the world was waiting with anticipation to see what would happen next. “One of the things that makes this story so interesting,” he said in an interview with The Hollywood Reporter, “is nobody knows where this goes.”

Few, including Mr. Goldston, foresaw that the story would include a violent mob’s assault on the U.S. Capitol.

That siege is now his focus — but not as a network news chief. Instead, Mr. Goldston is helping congressional investigators retell and reframe the events of that day for a weary and polarized nation. With a handful of production staff, it is his job to sift through and edit down a voluminous amount of images from police body cams, hallway surveillance video and raw footage from a documentarian — hours and hours of recordings that captured the insurrection as it unfolded. He and his team will help the House committee that is investigating the Jan. 6, 2021, attack produce TV-ready segments for all its public hearings, the next one on Monday morning.

More than 20 million Americans watched Mr. Goldston’s hand at work during the committee’s nationally televised hearing on Thursday evening. They saw tightly edited video of rioters smashing through windows, and two composed witnesses who recounted the destruction and mayhem — viewing that felt more made-for-TV than most congressional hearings.

Mr. Goldston, 53, rose in the television news ranks as a producer, eventually getting the top job at ABC News, a position he held for seven years until stepping down in early 2021. His work for the committee began in recent weeks, people with knowledge of its actions said.

Reached by phone on Friday, Mr. Goldston said he could not speak publicly about what he was doing for the committee.

His work has drawn the ire of Republicans, who have questioned whether the committee bypassed congressional rules by bringing him on without giving proper notice. The Republican House leader, Representative Kevin McCarthy, has accused Democrats of hiring Mr. Goldston “to choreograph their Jan. 6 political theater.”

At ABC News, Mr. Goldston helped oversee the evolution of a traditional broadcast news division — home to stars like Diane Sawyer, Peter Jennings and Sam Donaldson — into a place with more mass appeal that drew ratings away from rivals like NBC. Chiseled-jaw anchors and correspondents were in. Stories that Mr. Goldston deemed too dull were out. One former executive who worked with him recalled that the worst thing a producer or correspondent could hear him say about a story was that it was “boring.”

Mr. Goldston left his first major imprint on ABC News as an executive producer by transforming “Nightline,” the high-minded, late-night newscast hosted by Ted Koppel, a veteran of Washington coverage who left the show in 2005. Under Mr. Goldston, the “Nightline” set moved from Washington to New York, and it became a breezier program that was less focused on politics and policy and aimed to compete more with David Letterman and Jay Leno, who hosted shows in the same 11:35 p.m. slot.

The revamping was a ratings success even as some critics complained that the show spent too much time on pop culture figures like Michael Jackson, whose death in 2009 it covered extensively. Inside ABC, Mr. Goldston was credited with saving “Nightline” from cancellation.

Mr. Goldston’s former colleagues said that when he took the helm as president of ABC News in 2014 he transformed a newsroom culture that was often deferential to top correspondents and created a more top-down structure that empowered senior producers and executives.

Under his leadership, ABC News made several changes that signaled a culture shift. When Ms. Sawyer stepped down as anchor of “World News Tonight” in 2014, a few months shy of her 69th birthday, Mr. Goldston named David Muir, who was 40, to replace her. He brought the popular daytime talk show “The View” under the purview of the news division and away from ABC’s more entertainment-focused daytime unit.

Mr. Goldston had relatively few direct dealings with Mr. Trump over the years. But like most high-level news executives, he has recalled being on the receiving end of an occasional phone call from him — mainly to complain about coverage. In 2019, the two sat together at the same table for a dinner in London honoring Prince Charles and Camilla, Duchess of Cornwall.

When he spoke at a Canadian media conference in early 2017, Mr. Goldston described the Trump presidency as double-edged. It was harmful, he said, to be referred to as the “enemy of the people.” But it had also given journalists “a true clarity of purpose about what we do.”