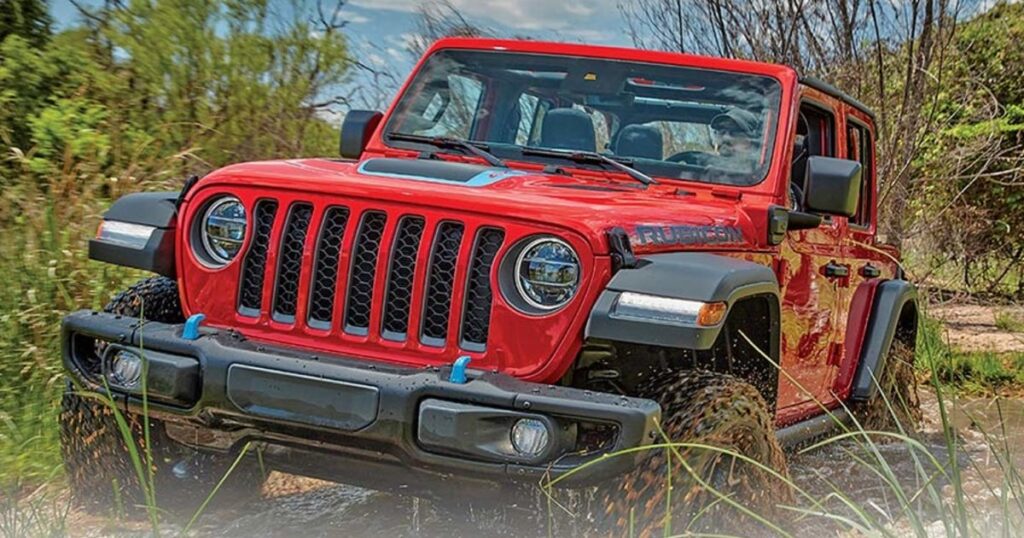 
The Wrangler 4xe is being researched alongside gasoline vehicles such as the Ford Bronco as well as battery-electric options.

It’s no surprise that the Bronco is high on the list of competitors for the conventional Wrangler and the Wrangler 4xe. It was the most cross-shopped non-Jeep model and No. 2 overall for both versions in May on Edmunds.

But the Wrangler 4xe also is finding itself in competition with vehicles from Toyota, Tesla and Volkswagen that aren’t typical Jeep rivals.

The Toyota RAV4 Prime, a plug-in hybrid crossover that can get up to 42 miles on EV battery power alone, ranked second on the Wrangler 4xe’s cross-shopping slate in March. The RAV4 plug-in was third in April and fifth in May, making it the first electrified option outside Jeep that shoppers looked for on Edmunds each month after visiting the Wrangler 4xe page.

Many Edmunds shoppers who looked at the Wrangler 4xe also checked out the Tesla Model 3, Volkswagen ID4 and Ford Mustang Mach-E — none of which cater to the type of customer who typically buys a Wrangler.

“I genuinely did not expect to suddenly see those other pure EVs show up,” said Ivan Drury, senior manager of insights for Edmunds.

Meanwhile, the only electrified model that shoppers exploring the standard Wrangler later browsed was its own 4xe variant.