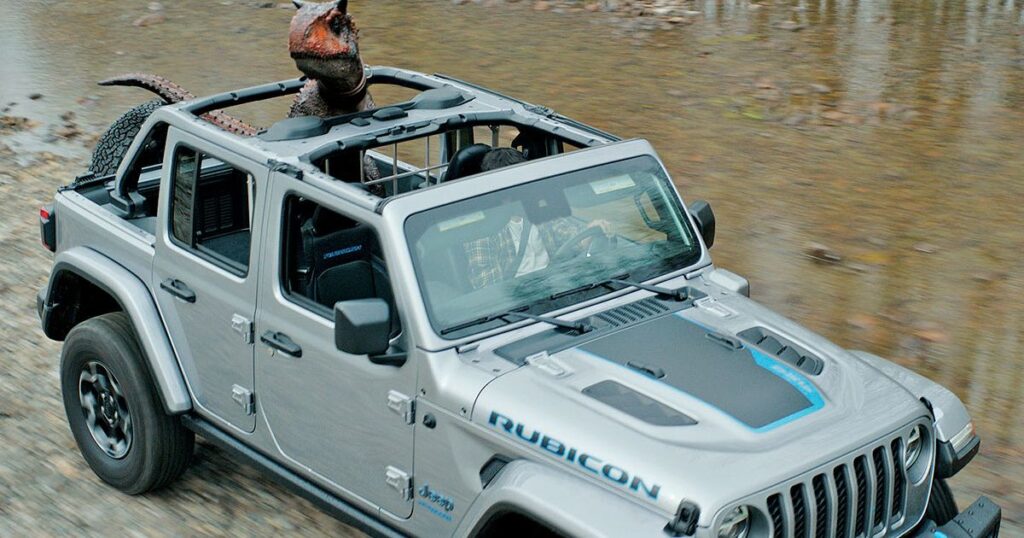 Jeep chomps at chance to star in final ‘Jurassic’ film


“It doesn’t smell like marketing. It’s part of the narrative.”

The new Jeep spot, which highlights the plug-in-hybrid variants of the Wrangler and Grand Cherokee, stars a baby Carnotaurus that was specifically created for the commercial.

Visual effects studio Industrial Light & Magic, which has lent its expertise to all the Jurassic films, made the digital dino for the ad.

A Wrangler 4xe owner finds the hatchling and attempts to raise it, but the dino soon starts scaring unsuspecting neighbors.

Puttock said there’s only been one Carnotaurus fossil found to date, a nearly complete adult skeleton.

During the creative process, Puttock said the effects team had to reference other theropods, which are carnivores of a similar size, while also using “a bit of creative license” to craft the look of the Carnotaurus.

“We knew we needed the baby to look recognizably like a Carnotaurus, but it also had to be cute,” Puttock said. “We wanted lots of character.”