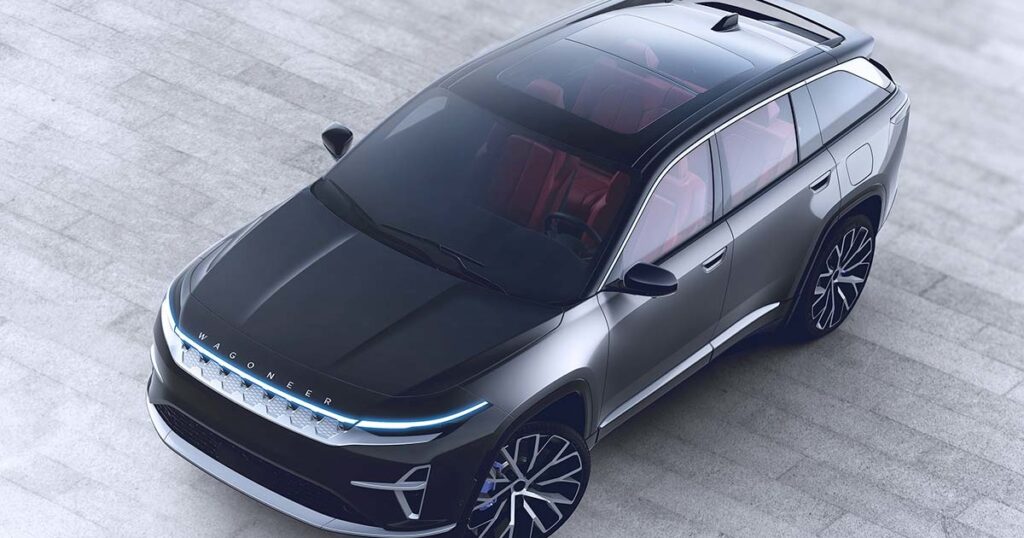 
Meunier is banking on projections that battery costs will decrease in the years ahead, making Jeep’s EVs more affordable and helping the brand hit its targets. Its parent company, Stellantis, is working toward introducing solid-state batteries, which are slated to deliver safety, cost, weight and performance improvements over lithium ion batteries, by 2026. Stellantis invested in solid-state battery company Factorial Energy and signed a joint development agreement to advance the technology.

Jeep is looking to reach its 2030 EV sales target by selling premium models, as it always has. The Recon won’t have a stripped-down, $30,000 version.

Meunier said a “very cheap car” is not going to be available in EV form for a while, especially in North America.

“Electrification is more expensive, but the cost is going to decrease, the chemistry is going to improve, the size of the battery will reduce,” Meunier said. “It’s going to take a few years. By [2026-27], solid state will bring some costs down. So there are a lot of things that evolve that will make it easier.”

The rugged Recon follows the Wrangler’s tradition of open-air experiences, while the Wagoneer S shares a name with its bigger counterparts but has its own design language and flair as a midsize crossover. Both will be built in North America.

Meunier wouldn’t share specifics on the Recon’s driving range, saying only that it will be under 400 miles. He believes the Recon can do well overseas, too.

Jeep is targeting a 400-mile range for the Wagoneer S and aims for it to produce 600 hp with a 0-to-60-mph time of around 3.5 seconds. It will be sold in major markets around the world, including Europe.