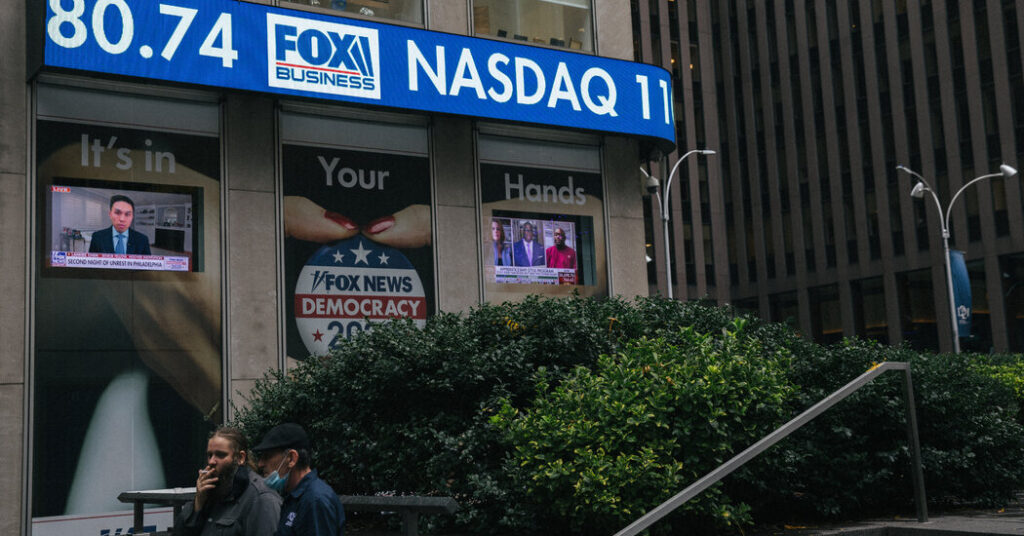 
A judge presiding in the defamation lawsuit against Fox News by Dominion Voting Systems ruled this week that the cable channel’s parent company, Fox Corporation, can be included in the suit, broadening the possible legal exposure to the highest ranks of the Fox media empire.

Dominion had argued that Fox Corporation should also be part of the litigation because its two most senior executives, Rupert and Lachlan Murdoch, played “a direct role in participating in, approving and controlling” statements that fed false perceptions of voter fraud in the 2020 presidential election.

In a decision, Judge Eric M. Davis of Delaware Superior Court said Dominion had “adequately pleaded” facts supporting its claim that Fox Corporation was “directly liable” for what Fox News put on the air. He reasoned that the Murdochs were widely known to have a hand in shaping Fox News coverage. Judge Davis also said it was reasonable to infer that Fox Corporation had “participated in the creation and publication of Fox News’s defamatory statements.”

Dominion’s suit against Fox News, filed in March 2021 in Delaware, where both companies are incorporated, seeks at least $1.6 billion in damages.

“The truth matters,” Dominion’s lawyers wrote in their initial complaint. “Lies have consequences. Fox sold a false story of election fraud in order to serve its own commercial purposes, severely injuring Dominion in the process. If this case does not rise to the level of defamation by a broadcaster, then nothing does.”

Fox News and its parent company have denied that the statements in question were defamatory in the first place, arguing that what was said on Fox broadcasts about Dominion was, in part, protected expressions of opinion. Included were various unsubstantiated allegations from Fox News hosts and guests that Dominion was somehow complicit in a conspiracy to steal votes from former President Donald J. Trump.

Separately, Judge Davis denied a claim from Dominion to extend its suit to Fox Broadcasting, the television and entertainment division of the Fox brand that is home to shows including “MasterChef” and “The Simpsons.”

Fox News moved to dismiss the Dominion suit late last year, but that motion was rejected.

The lawsuit is in the discovery phase, the process through which Dominion lawyers are combing through internal Fox communications in search of evidence. Dominion’s lawyers will need to prove that people at the network acted with “actual malice,” meaning they either knew the allegations against Dominion were false or they recklessly disregarded facts that would have shown them to be false.