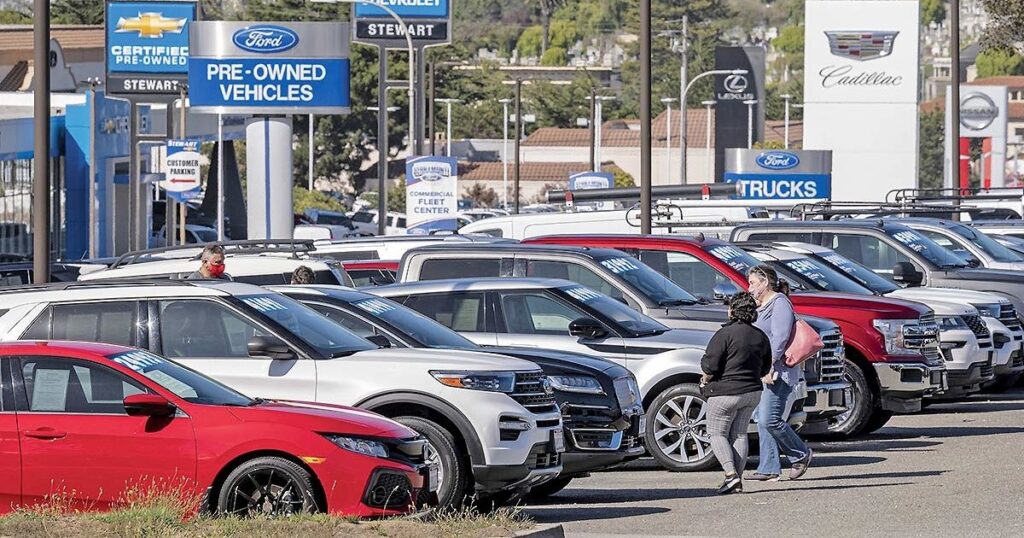 
The dog days of summer drag on for the auto industry, unable to find respite from a withering supply chain crisis that has left assembly lines limping and dealership lots bare.

July was on track to be the ninth consecutive month that U.S. retail inventories closed below 900,000 vehicles, J.D. Power said.

And the industry’s doldrums could extend into fall and beyond amid softening demand in a slowing U.S. economy.

“Rising interest rates and low consumer sentiment are keeping many potential buyers out of the market,” Charlie Chesbrough, senior economist at Cox Automotive, said. “[Meanwhile,] higher prices for both gasoline and vehicles are making affordability an even greater challenge.”

But in the near term, tight supply “continues to be the biggest obstacle … and there is little evidence of supply returning to normal,” Chesbrough said.

The dearth of new inventory fueled double-digit sales declines for six of the seven automakers reporting for July.

Collectively, those automakers’ U.S. sales skidded 15 percent from a year earlier, according to the Automotive News Research & Data Center. The group’s sales for the year were down 19 percent.

According to Motor Intelligence, the seasonally adjusted, annualized sales rate in July was 13.5 million, down from 14.81 million a year ago and higher than June’s 13.22 million rate. The SAAR has surpassed 15 million only once — 15.23 million in January — since June 2021.