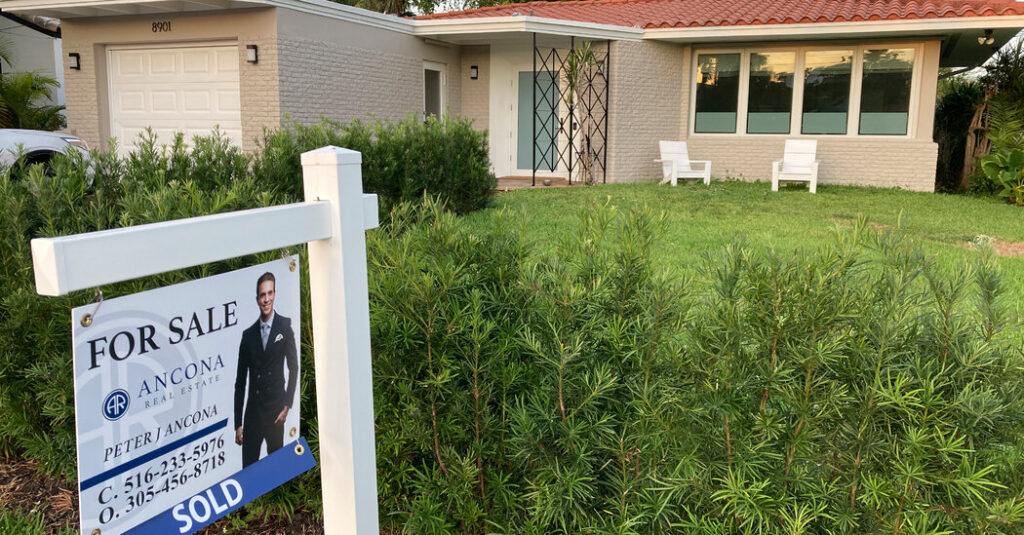 Jump in Mortgage Rates Could Add $100,000 to Housing Costs


The recent rise in U.S. mortgage rates could bump up the average mortgage payment by hundreds of dollars each month, potentially adding more than $100,000 in costs over the lifetime of a typical loan, a new study shows.

The report, compiled by the online lending marketplace LendingTree, compared the average monthly payments on 30-year, fixed-rate mortgages across the nation in January, when the average rate was 3.79 percent, and April, when it hit 5.25 percent. It found that in states where housing prices were the highest, new borrowers could expect to see bigger increases in costs.

In California, for instance, home buyers paid an extra $407 a month. The monthly increase was $357 in Washington and $337 in Massachusetts. These extra monthly costs add up to an average of $132,167 over a 30-year loan, according to the report.

To determine the monthly payments, LendingTree looked at offers for 30-year, fixed-rate mortgages made to more than 570,000 users on its platform. It also used the annual percentage rate, which includes borrowing costs and other fees and is usually higher than the interest rate used to calculate a loan.

Since April, when interest rates on 30-year, fixed-rate mortgages reached 5 percent for the first time in more than a decade — up from 3 percent a year ago — the rates have held steady, according to Freddie Mac, the mortgage service giant.

“I think it’s noteworthy, because when you say mortgage rates have increased 2 percent, it doesn’t sound very big,” said Jacob Channel, the senior economic analyst at LendingTree. “But when you take a step back, it really does add up to a lot of money.”

The Federal Reserve is expected to raise its benchmark interest rate several more times this year, which could push housing costs for new buyers even higher.

PrevPreviousBiden administration to propose rule on minimum standards for EV chargers
NextThe Billionaires Behind a Push to Reinvigorate U.S. Chip-MakingNext