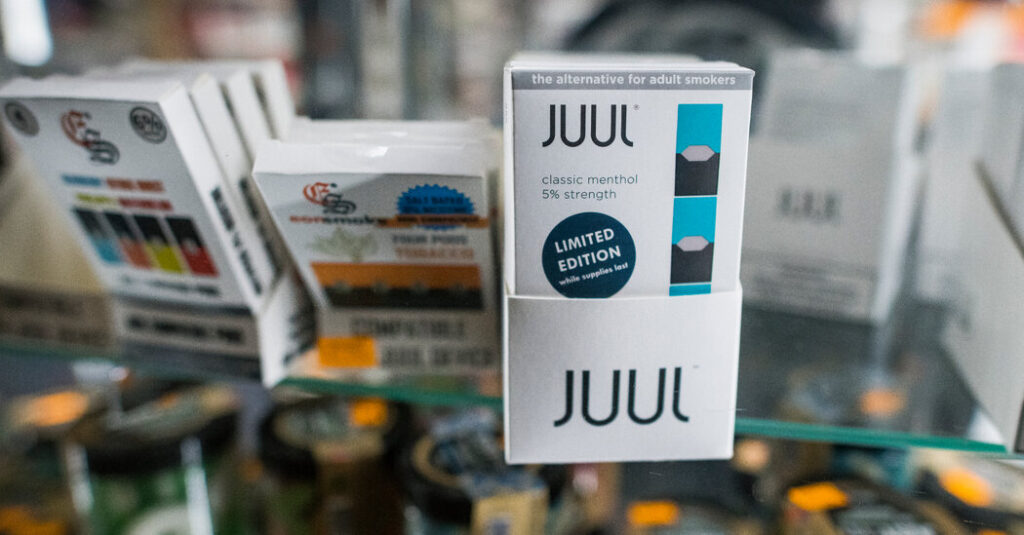 Juul Gets Temporary Reprieve to Keep Selling Its E-Cigarettes


A federal appeals court on Friday granted a temporary reprieve to Juul Labs that will allow it to keep its e-cigarettes on the market, pending further court review of a decision just a day earlier by the Food and Drug Administration to ban sales of the company’s products.

The United States Court of Appeals for the District of Columbia issued a temporary stay that had been sought by Juul. The brief order by the appeals court cautioned that the stay was “ should not be construed in any way as a ruling on the merits.”

The stay involves the F.D.A.’s order on Thursday, when the agency said Juul had to stop selling its products because it had provided conflicting and insufficient data that prevented the F.D.A. from assessing the potential health risks of its products.

What’s the next step for Juul?

It will be up to the appeals court to decide whether Juul should continue to be allowed to sell its products while the company pursues its appeal of the F.D.A.’s decision. The court gave Juul until Monday at noon to file an additional motion, and it gave the F.D.A. until July 7 to file a motion in response.

In its emergency filing for a stay, Juul argued that the F.D.A.’s decision to ban sales was motivated by political forces that sought to blame the company for the youth vaping crisis. The F.D.A. issued the ruling against Juul “after immense political pressure from Congress,” the filing reads, “even though several of its competitors now have a larger market share and much higher underage-use rates.”

Read More on Smoking and Vaping

However, the F.D.A. did not cite underage use in its decision to ban Juul from the market. Rather, the agency said Juul had not provided sufficient evidence that its product prevents leaching of chemicals from the device to the nicotine vapor that users inhale.

Will Juul users still be able to buy the company’s pods and e-cigarettes?

As long as the stay is in force, consumers will be able to buy Juul cartridges and its tobacco and menthol-flavored pods. The F.D.A. had warned that retailers selling Juul products would be subject to enforcement action at some point but not while a stay is in place.

In its court filing, Juul pointed out that the agency’s decision had “already had its intended effect,” indicating that some retailers had stopped selling Juul products.

Will I still be able to buy other e-cigarette products?

The F.D.A. is not seeking a blanket ban on all vape products. As part of its new regulatory authority over so-called electronic nicotine delivery systems, or ENDS, the agency has been reviewing applications for millions of products. It has already granted approval to 23 of them, including Vuse Alto, the market leader, which is made by R. J. Reynolds, and several others produced by NJoy and Logic. (Applications for a million other products have been denied.)

As part of its review, the agency must consider whether a product is a viable alternative to combustible tobacco that can help cigarette smokers quit, and that the benefits to public health outweigh the harm.

What are the best-selling e-cigarettes still on the market?

According to data from Nielsen, the top-selling vaping brand in the U.S. over the past 12 weeks was Vuse Alto, which earned $414 million in sales and had 33.4 percent of the overall e-cigarette market. A close second was Juul, with a 33-percent market share. None of the other brands came close to these two companies; the next best-sellling brand, NJoy Ace, accounted for just 2.4 percent of the market.

How does the tobacco industry stack up against vaping?

The cigarette industry in the United States brought in about $99 billion in revenue last year, compared to $7.8 billion for vaping products like Juul, according to Euromonitor, a data research firm. But sales of tobacco are declining: Euromonitor estimates that cigarette sales will fall by about 13 percent through 2026, while vaping products are expected to grow by about 22 percent. Altria, the tobacco giant that took a 35-percent stake in Juul in 2018, reported that its sales fell slightly last year, according to regulatory filings.

There are an estimated 30 million smokers of traditional cigarettes in the U.S., a number that has been in decline for decades.