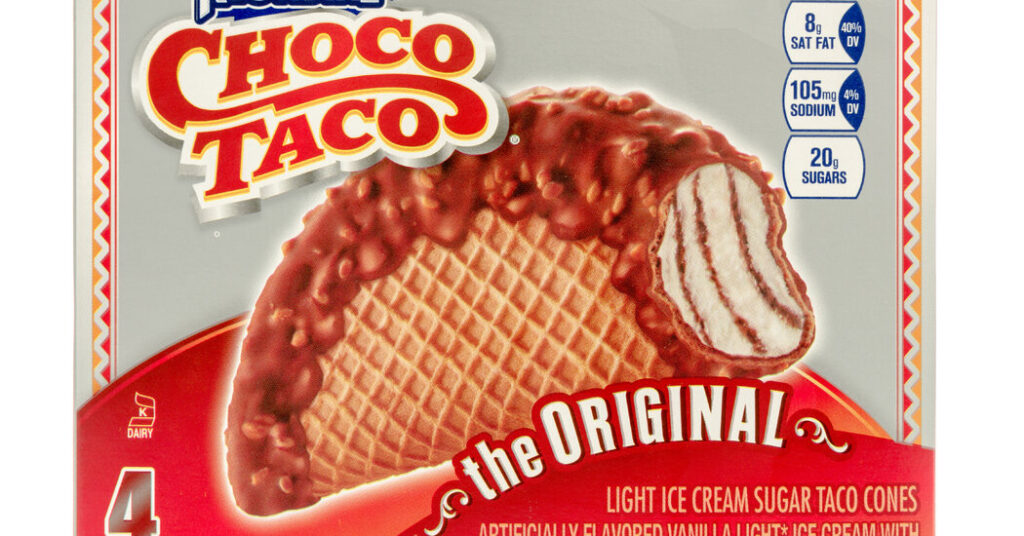 
The Choco Taco, a nut-and-chocolate-topped ice cream snack that for decades has been a top choice at the ice cream truck or convenience store freezer, is being discontinued, its creator confirmed this week after weeks of rumors about its impending demise.

Klondike, which is owned by Unilever and makes the Choco Taco along with several other ice cream products, confirmed the discontinuation on Monday on its website and in response to several disappointed questions from fans on Twitter, some of them laced with profanity.

“Unfortunately, the Klondike Choco Taco has been discontinued,” one such response read. “We’ve experienced an unprecedented spike in demand across our portfolio and have had to make very tough decisions to ensure availability of our full portfolio nationwide. We’re very sorry for any disappointment!”

To many of the Choco Taco’s fans, who mourned its loss en masse on social media on Monday, it tasted like summer or childhood or a beloved memory, even if they hadn’t had one in years. And it was in its own way inventive when it was created by Alan Drazen in Philadelphia in 1983, according to a 2016 history of the snack in Eater that referred to it as the “most beloved and innovative of all the American ice cream ‘novelties.’”

“When you eat a sugar cone, you generally eat the nuts, chocolate, and ice cream on the top, and then when you get to the cone, you’re [only] eating ice cream and cone,” Mr. Drazen told Eater. “With the Choco Taco you’re getting the ice cream, cone, nuts and chocolate with just about every bite.”

The company’s confirmation ended what had been confusing times for lovers of the summertime treat. Rumors had swirled throughout the year that the Choco Taco was no more as people reported being unable to find them on their local shelves. But on several occasions from December up through last week, Klondike reassured fans on Twitter that while it had pulled four-packs of the Choco Taco last fall, single servings would still be available in all the usual places.

But on Monday night, the confirmation of its demise was reported by the Takeout, a food-focused publication.

Snopes, the website that aims to debunk baseless myths and rumors, published an article on Monday calling the Choco Taco’s discontinuation “false,” before having to reverse course just hours later after Unilever confirmed it was true.

“When we originally addressed the rumor, we labeled it ‘False,’ in part, because we didn’t want to believe that it was true,” Snopes wrote.

Alexis Ohanian, a co-founder of Reddit, was among those hoping it could find a way to return.

In one of its responses to disappointed Twitter users on Monday, Klondike did offer some small hope to the writers at Snopes, Mr. Ohanian and other fans.

“We’re working hard to find a way to bring Choco Taco back to ice cream trucks in the coming years,” it said.

PrevPreviousWill China Move on Taiwan?
NextThe I.M.F. warns that a global recession could soon be at hand.Next