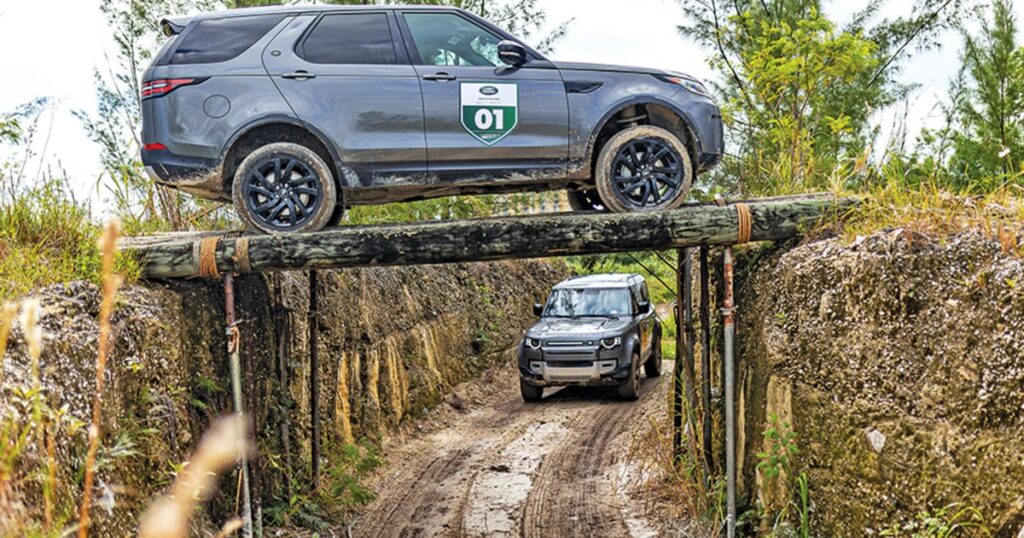 
Rover on the Rocks gives Warren Henry’s two Land Rover stores the opportunity to showcase the myriad accessories Land Rover has created for its vehicles.

Displays at the event help boost sales of such things as wheels, brush bars, tents and other off-road gear. Zinn said since many attendees bring their own vehicles, they use the opportunity to schedule service appointments.

The event also helps employees do their jobs better, said Zinn. “Everybody gets an opportunity to drive the course. Unless they are going on a training trip, they don’t get a chance to drive these vehicles off-road, so they get to learn a new skill, which they can use to help customers.”

Rover on the Rocks is more than a promotional event for Zinn. When his father, company CEO Warren Zinn, began them in the late ’80s, Zinn and his sister, Katy, the company’s retail merchandise manager, attended as children.

Zinn said he plans to continue Rover on the Rocks, holding it twice a year when possible.

“After every event is over, we regroup and put our learnings together of what we did that was great, what we could do better and any ideas going forward,” Zinn said.

For decades, Land Rover and Jeep dominated the market for go-anywhere, off-road vehicles, and the luxurious Range Rover had no real competition.

That, of course, has changed, and the Range Rover especially is seeing more and more competitors inch onto its turf, as other luxury brands such as Rolls-Royce, Bentley, Aston Martin, Maserati and Cadillac roll out six-figure SUVs.

Rover on the Rocks helps keep Zinn’s customers from drifting away.

“We have customers who drive a specific Land Rover, and they’ll see we have a different model,” Zinn said. “They get an opportunity to drive that car and take it off-roading. Many times, they’ll say: ‘This is what I am getting next.’ ”