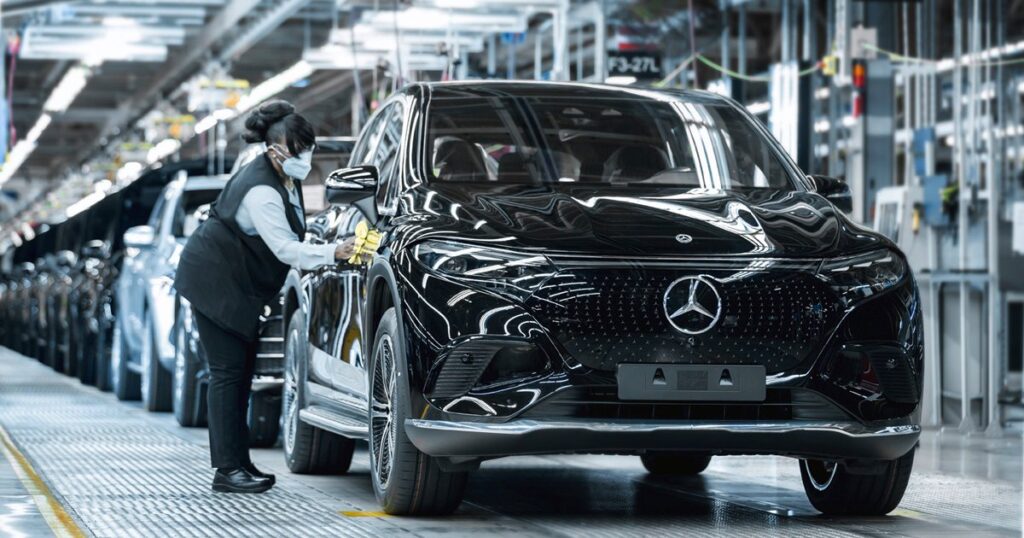 
The newly electrified Alabama plant is part of an “EV Belt” emerging across the Southeast.

Mercedes has invested in battery production and an ecosystem of suppliers to prepare for EV production in Alabama.

In March, the automaker opened a 177,000-square-foot battery assembly venture located on 270 acres near the main vehicle factory.

And in April, supplier Envision AESC said it will build a $2 billion factory 300 miles away in Bowling Green, Ky., to supply a new generation of battery components for Mercedes.

“We will produce batteries for numerous electric vehicle manufacturers,” Matsumoto told Automotive News. “We have growth plans for both the U.S. and other regions around the world.”