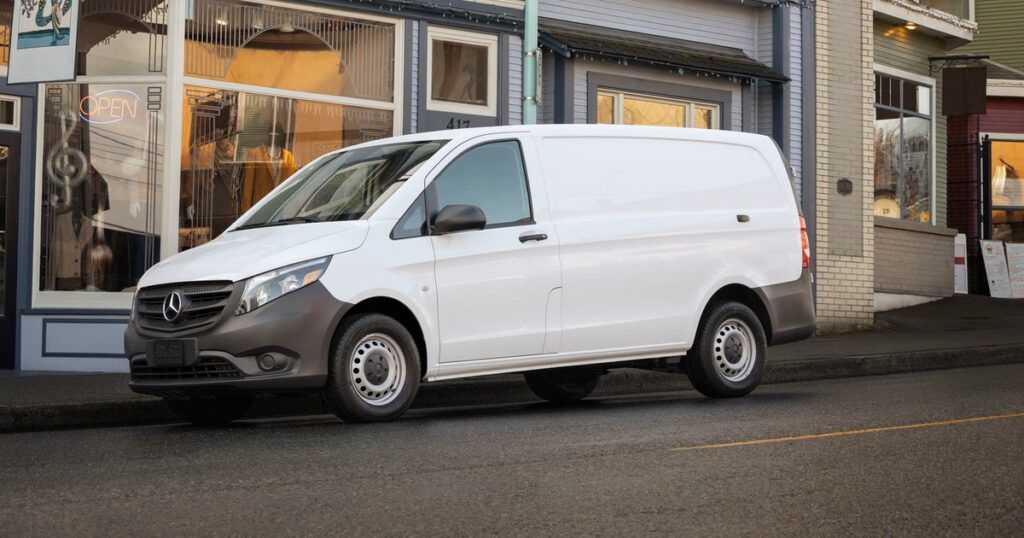 
Mercedes-Benz will ditch the Metris van from its U.S. lineup late next year and exit the midsize commercial van segment.

The automaker told dealers in a memo Thursday it will discontinue sales of the four-cylinder gasoline engine that powers the Metris and Sprinter commercial vans.

“As a result, the Mercedes-Benz Metris and gasoline Sprinter models will no longer be offered in the U.S. market after Q3 2023,” the brand’s U.S. vice president of commercial vehicles, Nicolette Lambrechts, said in the memo obtained by Automotive News.

Mercedes-Benz will continue to offer the four-cylinder diesel Sprinter model, which a dealer said accounts for about 75 percent of the nameplate’s U.S. sales.

Available in passenger and cargo configurations, the midsize Metris has failed to gain traction in a market that prefers either large or small commercial vans but not in-between.

Mercedes has delivered about 60,000 Metris vans in the U.S. since its 2015 debut, according to the Automotive News Research & Data Center. During that period, Mercedes sold more than four times as many Sprinter vans here.

The U.S. government has accounted for the bulk of Metris orders this decade. In 2020, the U.S. Postal Service signed a multi-year contract for about 30,000 of the vehicles.

That year, Metris sales peaked at nearly 15,000, with the Postal Service accounting for about 80 percent of them, according to a source familiar with Mercedes’ commercial vehicle business.

“We are going to honor our contract with the U.S. Postal Service,” the source said. “Once we do that, we’re bailing out.”

Mercedes-Benz has sourced the four-cylinder gasoline engines for its commercial vans from Nissan’s Decherd, Tenn., engine plant since 2015. The engine production will end next year as Mercedes drives toward an all-electric lineup by early next decade.

Mercedes is axing the Metris as the luxury automaker trims a U.S. model lineup that has nearly doubled to 15 nameplates since 2000. Mercedes is dropping the A-Class in the U.S. and told dealers it will replace the C-Class and E-Class coupes with the two-door CLE nameplate.

“As customer and market requirements continuously evolve, our strategy is to optimize our product offering,” Lambrechts noted.