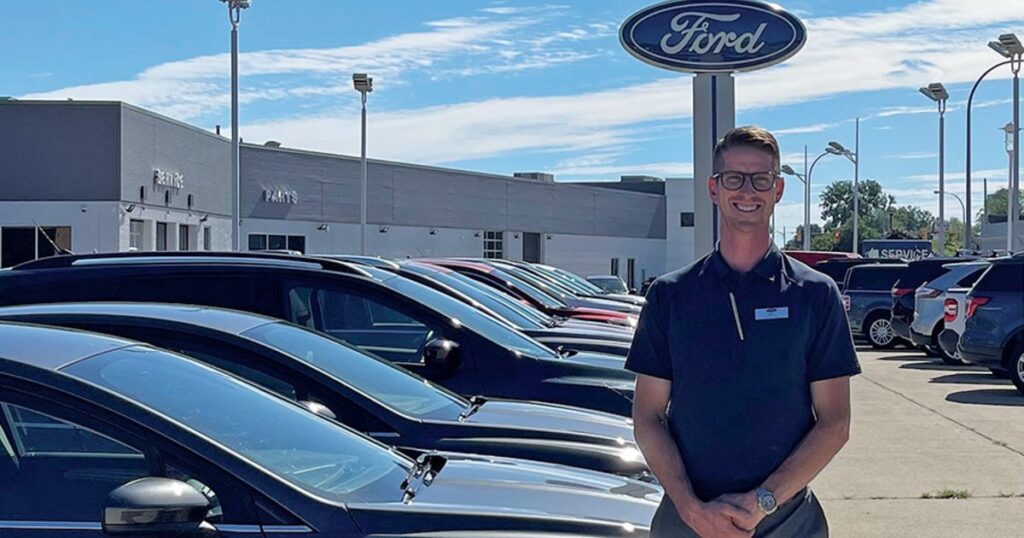 
O’Brien began adjusting the used-car pay plan after noticing that some sales reps were selling just five or six vehicles a month yet “somehow still killing it.”

“They were inventory hunting,” O’Brien said.

So he sought a fix other than paying a flat amount for each vehicle sold. The dealership’s veteran sales force liked commissions and — as a “workhorse” salesman put it — knowing that each morning the theoretical opportunity existed to “come in and make $10,000 that day,” O’Brien said.

But to keep those sales reps interested in selling even the vehicles priced to produce lower gross profits — vehicles that no doubt would provide the best fit for some shoppers — it was necessary for Roy O’Brien Ford to balance that gross profit when it came to calculating commissions, O’Brien said.

Rather than viewing each used vehicle’s gross as an immutable figure, O’Brien hit on the idea of taking monthly used-vehicle gross profit and redistributing it across individual models so each held a similar gross on paper. This could be done at the time of the sale at a manager’s discretion — for example, subtracting $1,000 in gross on a model with profit to spare and adding $1,000 to one with little or none. The vehicle’s actual gross doesn’t change, but its on-paper gross moves around for the purposes of the pay plan.

The strategy has developed over the past two years. The dealership made it official last January with formal pay plan language describing management’s ability to adjust vehicle value at any time.

Even the workhorse salesman “couldn’t have been happier” after the first year under the new commission format, he said.

PrevPreviousMeme Stocks Are Back. Here’s Why Wild Trading May Be Here to Stay.
NextSome Colleges Don’t Produce Big Earners. Are They Worth It?Next