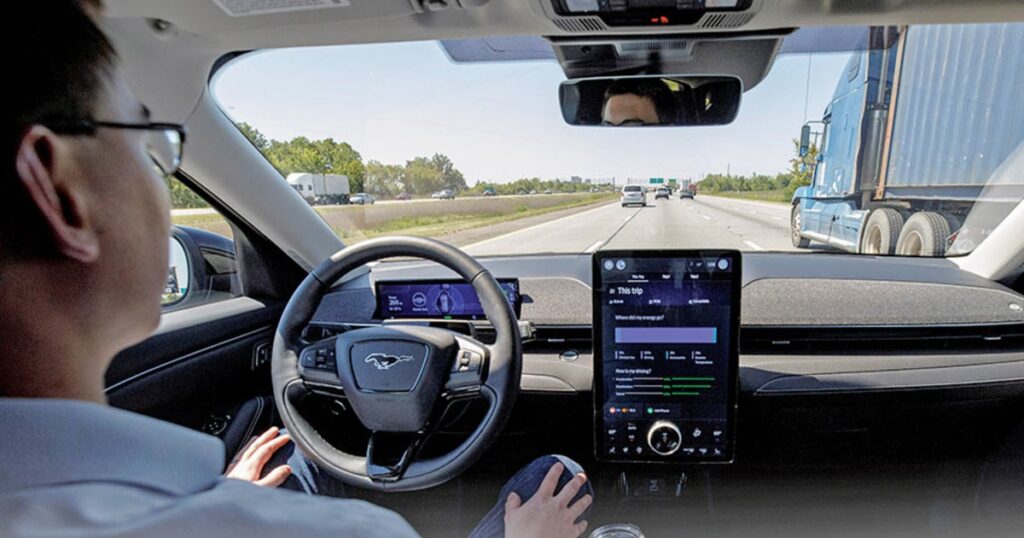 
Then there are those services that improve safety and security. Farley described these as akin to the Ring home security system many consumers have. Such an application would record video and data that could help unravel liability in crashes or help parents monitor teenage drivers, he said.

Alan Wexler, senior vice president of innovation and growth at General Motors, said the company’s ability to develop an ecosystem of apps could lead to annual revenue on a par with companies such as Netflix and Peloton — about $25 billion by 2030.

In August, GM began requiring buyers of new Buick and GMC vehicles to pay $1,500 for a three-year subscription to OnStar, its long-standing in-vehicle safety, security and connectivity service. Previously, OnStar was an optional service. It now has about 4.2 million paying subscribers.

Stellantis, meanwhile, plans to generate about $20 billion in software-related revenue by 2030 from services and subscriptions.

Yet despite such optimistic overtures by automakers, they face multiple challenges as they attempt to develop and monetize a robust ecosystem of paid apps and subscription-based services.

An April survey by Cox Automotive found that consumers are hesitant to pay extra for apps and subscription services in the vehicle. Three-quarters of 217 consumers surveyed said they would not be willing to pay an annual or monthly subscription fee for access to additional vehicle features, particularly when it comes to safety and comfort.