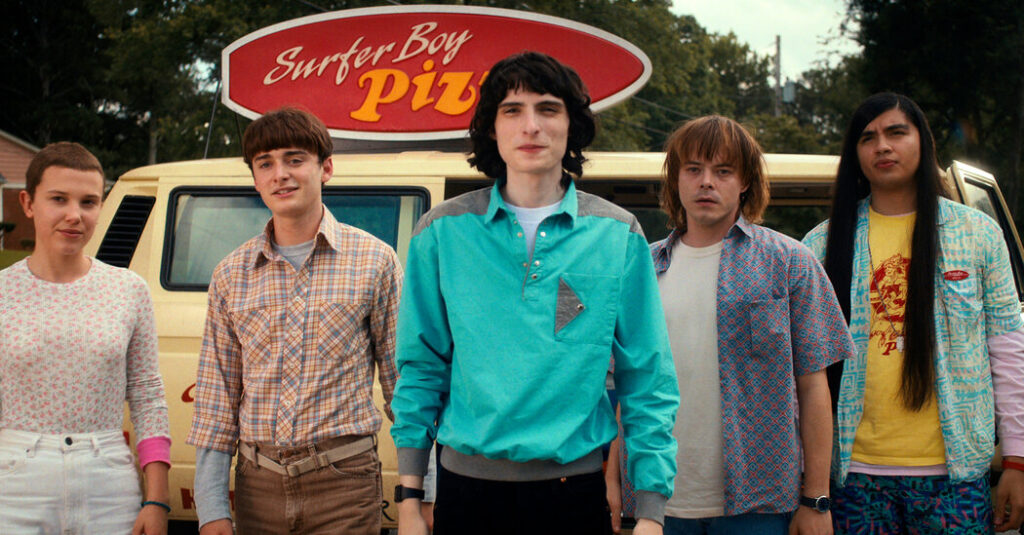 Netflix Is Set to Announce Earnings

Ever since the streaming service surprised Hollywood and Wall Street in April by revealing that it lost 200,000 subscribers during the first quarter and expected to lose two million more in the second, the company’s second quarter earnings report has been eagerly anticipated. The suspense will end Tuesday afternoon when the report comes out.

Netflix has spent the past three months adjusting its business to better meet the challenges it expects to be facing for the rest of the year. The company laid off about 450 employees. It announced it will introduce a new, less expensive subscription tier that will feature advertising — reversing its long-held stance to never have commercials on its service. And it said it would begin to crack down more forcefully on password sharing, another reversal that felt to many like it had been a long time coming.

The company has 221.64 million subscribers, and it believes there are tens of millions of people who share passwords rather than signing up for their own subscriptions.

In addition to its business issues, Netflix received fewer Emmy nominations this month than its primary rival, HBO, despite featuring more programming than the cable network and its streaming offshoot, HBO Max. HBO picked up 140 nominations to Netflix’s 105, a metric that emphasizes the difficulty of continually producing quality, buzzworthy entertainment.

All of the news has caused Wall Street to sour on the streaming giant, with shares of Netflix down 46 percent since its earnings report in April, and down close to 70 percent since the beginning of the year.

“At almost every single impasse they have faced before, the company found a way to safely maneuver before hitting the wall,” Michael Nathanson, a senior analyst at MoffettNathanson, wrote in a research letter after the first quarter earnings report. “However, this time it feels different, as the first quarter 2022 earnings release, investor letter and video portrayed a company that was more surprised by things and less clear than ever about the path forward.”

Most analysts are predicting that the subscriber loss for the second quarter is likely to be in line with what Netflix predicted, despite a strong performance from season four of “Stranger Things,” which the company said was the most streamed show in its history. Analysts also forecast a tough rest of the year, with additional subscribers leaving the service now that the latest season of “Stranger Things” has concluded. The fear is centered on the notion that Netflix has maxed out its subscriber growth in the United States and Canada and that its initial prognostications for how it will grow in the rest of the world have been overstated.

Mr. Nathanson, for one, has lowered Netflix’s total potential market to 400 million subscribers worldwide rather than the one billion the company often said it was reaching for.

And while analysts are welcoming the introduction of the new advertising tier, a service that will be powered by Microsoft, there is some fear that the introduction of a lower-priced option could cannibalize subscriptions from the more expensive commercial-free tier.

“They would have to generate a lot of advertising to recapture the lost revenue,” Matthew Harrigan, an analyst for Benchmark, said.

PrevPreviousHey, Is Anybody Watching the Interns?
NextElon Musk and Twitter will go to trial over their $44 billion deal in October.Next