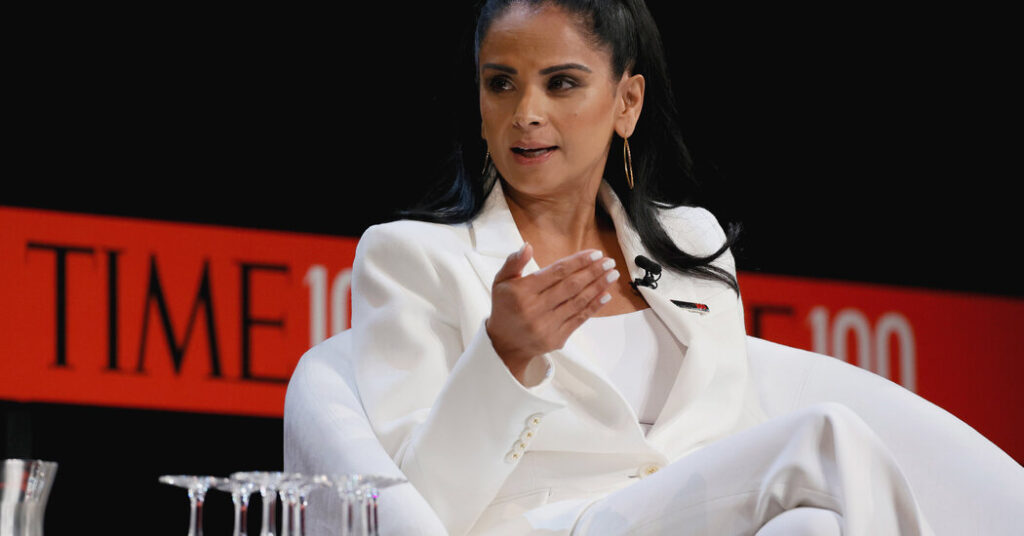 Netflix Says It’s Business as Usual. Is That Good Enough?


While being honored at the Banff Film Festival in Canada in early June, Bela Bajaria, Netflix’s head of global television, surprised some with what she didn’t say. Despite the recent turmoil at the streaming giant — including a loss of subscribers, hundreds of job cuts and a precipitous stock drop — she said that Netflix was charging ahead, with no significant plans to change its programming efforts.

“For me, looking at it, the business works,” Ms. Bajaria said from the stage. “We are not doing some radical shift in our business. We’re not merging. We’re not having a big transitional phase.”

Two weeks later, after Netflix had laid off another 300 people, Reed Hastings, the company’s co-chief executive, doubled down on Ms. Bajaria’s message, reassuring the remaining employees that the future would, in fact, be bright and that in the next 18 months the company would hire 1,500 people.

To which some in the entertainment industry responded: Is that it?

For years, Netflix has been the leading innovator in Hollywood, spearheading a revolution in how people around the world watch movies and television. Now, confronting the loss of subscribers for the first time in a decade — with more losses expected this year — Netflix’s main response seems to be an effort to crack down on password sharing among friends and family members, as well as an introduction of a lower-priced advertising tier. There is some concern in Hollywood and on Wall Street that those moves are not enough.

“I think both advertising and password sharing are nice incremental revenue opportunities that should spark more subscriptions or more revenue. No doubt about it,” Richard Greenfield, a media analyst, said. “Yet neither of those two things is Netflix’s savior. The savior to Netflix is they spend $17 billion on content, and they need more ‘Stranger Things’ and less ‘Space Force.’”

Netflix stunned the entertainment industry back in April when it announced it would begin to show advertising on its platform. If this sacred tenet was being shattered — Mr. Hastings had long pledged Netflix would never deign to show commercials — what could be next? Would there be a serious push into movie theaters? Perhaps a change to the cadence of how shows debut, from the all-at-once binge model Netflix invented to a weekly release schedule to increase buzz and word-of-mouth anticipation? Would Netflix take a vastly different approach to programming?

Yet in the two months following the advertising announcement, Netflix signaled that no other big changes would be coming. Shows are still being released all at once, with some exceptions — episodes for the latest seasons of “Ozark” and “Stranger Things” were made available in two batches this year, separated by more than a month. Ms. Bajaria has indicated to talent representatives that the company is, more or less, sticking with the programming strategy that she ushered in when she took her position in 2020, according to two people familiar with the conversations. That means a more traditional development process, with Netflix executives often asking for scripts before ordering a new series. And though Netflix has laid off roughly 450 full-time employees over the last six weeks, none were high-ranking programming executives, further evidence that the company remains committed to its key decision makers.

Netflix reached more than 221 million subscribers worldwide by taking chances: greenlighting ambitious content, paying for shows it believed in whether or not they featured big names, giving great latitude to famed directors like Spike Lee and Martin Scorsese. Its recent stay-the-course stance has raised some concerns that the company known for its entrepreneurial thinking is moving away from that strategy at a time when it would be better served by leaning into it.

This can be seen in, for instance, the company’s marketing budgets. In 2019 — when Disney+ and Apple TV+ were just getting started and HBO Max did not exist — Netflix spent $2.6 billion on marketing. In 2021, when competition greatly increased, it spent $2.5 billion.

The Race to Rule Streaming TV

Most shows on Netflix still appear on the service with relatively little outside promotion. And the streamer’s movies still receive only nominal theatrical releases. For instance, “The Gray Man,” an expensive, summer blockbuster-style film starring Ryan Gosling and Chris Evans, will debut in select theaters on July 15 before becoming available on Netflix a week later. And, according to two people familiar with the talks between Netflix and exhibitors, there are currently no active negotiations regarding other potential theatrically exclusive releases. The much anticipated “Knives Out” sequel, scheduled to be released later this year, will appear on Netflix following its debut at the Toronto International Film Festival. An exclusive extensive theatrical launch appears unlikely. Netflix declined to comment on its theatrical strategy.

But company executives have become much more sensitive to bad reviews, which have lately been appearing in high frequency as Netflix struggles to find a new hit on par with “Stranger Things” or “The Crown.” (Newer content like the film “Spiderhead” and the series “God’s Favorite Idiot” have been critically derided.) A producer who works with Netflix said the word “quality” was being bandied about much more often in development meetings.

Emily Feingold, a Netflix spokeswoman, disputed the idea that focusing on a show’s quality was somehow a change in strategy, referencing such disparate content as “Squid Game,” the reality television show “Too Hot to Handle” and movies like “Red Notice” and “The Adam Project.”

“Consumers have very different, diverse tastes,” Ms. Feingold said. “It’s why we invest in such a broad range of stories, always aspiring to make the best version of that title irrespective of the genre. Variety and quality are key to our ongoing success.”

The producer Todd Black said that the process for getting a project into development at Netflix had slowed down but that otherwise it was business as usual. “They are looking at everything, which I get,” said Mr. Black, who last worked with Netflix when he produced “Ma Rainey’s Black Bottom” in 2020. “They are trying to course correct. We have to be patient and let them do that. But they are open for business. They are buying things.”

Indeed, the company still intends to spend some $17 billion on content this year. It paid $50 million last month for a thriller starring Emily Blunt and directed by David Yates (“Harry Potter and the Deathly Hallows”). And it plans to make a $200 million film called “The Electric State” from the directors Joe and Anthony Russo (“Avengers: Endgame” and “The Gray Man”) and starring Millie Bobby Brown and Chris Pratt after Universal Pictures balked at the price tag. The company also just announced a development deal for a television adaptation of “East of Eden” starring Florence Pugh.

On Tuesday, Whip Media, a research firm, said that Netflix had fallen from second to fourth place in the firm’s annual streaming customer satisfaction survey, behind HBO Max, Disney+ and Hulu.

The most significant change coming for Netflix is its advertising tier, which, as it has told employees, it wants to roll out by the end of the year. Netflix’s foray into advertising stoked excitement among media buyers at the industry’s annual conference in Cannes last week.

“It was pretty intense,” said Dave Morgan, who is the chief executive of Simulmedia, a company that works with advertisers, and who attended the conference. “It was one of the top two or three issues everyone was talking about.”

Mr. Hastings said that Netflix would partner with an outside company to help get its nascent advertising business underway. The Wall Street Journal reported that Google and Comcast were the front-runners to be that partner. Still, advertising executives believe that building out the business at Netflix could take time, and that the company might only be able to introduce the new tier in a handful of international markets by the end of the year.

It could take even longer for advertising to become a significant revenue stream for the company.

“You have a lot of media companies duking it out, and it’ll take quite a while to compete with those companies,” Mr. Morgan said. “I could imagine it will take three or four years to even be a top 10 video ad company.”

In an analyst report this month, Wells Fargo threw cold water on the notion that subscriber growth for an ad-supported tier would be quick. Wells Fargo analysts cautioned that the ad model would offer “modest” financial gains in the next two years because of a natural cannibalization from the higher-paying subscriber base. They predicted that by the end of 2025 nearly a third of the subscriber base would pay for the cheaper ad-supported model, roughly 100 million users.

Bank of America went further last week. “Ad-tiering could serve as a way for consumers across all income brackets to extend their streaming budget by trading down to subscribe to an additional service, benefiting Netflix’s competitors much more than Netflix itself,” it said in an analyst letter.

Netflix has also reached out to the studios that it buys TV shows and movies from in recent weeks, seeking permission to show advertising on licensed content. In negotiations with Paramount Global, Netflix has mentioned paying money on top of its existing licensing fee rather than cutting the company in on revenue from future ad sales, according to a person familiar with the matter who spoke on the condition of anonymity to discuss ongoing talks.

This mirrors the approach Netflix took with studios when it introduced its “download for you” feature, which allowed users to save movies and TV shows to their devices to watch offline. When Netflix added that feature, executives at the streaming service agreed to pay studios a fee in addition to their licensing agreement.

In the end, though, Netflix’s success will most likely come down to how well it spends its $17 billion content budget.

“Netflix, dollar for dollar, needs to do better, and that falls on Ted Sarandos and his whole team,” Mr. Greenfield said, referring to the company’s co-chief executive. “They haven’t done a good enough job. Yet, they are still, by far, the leader.”